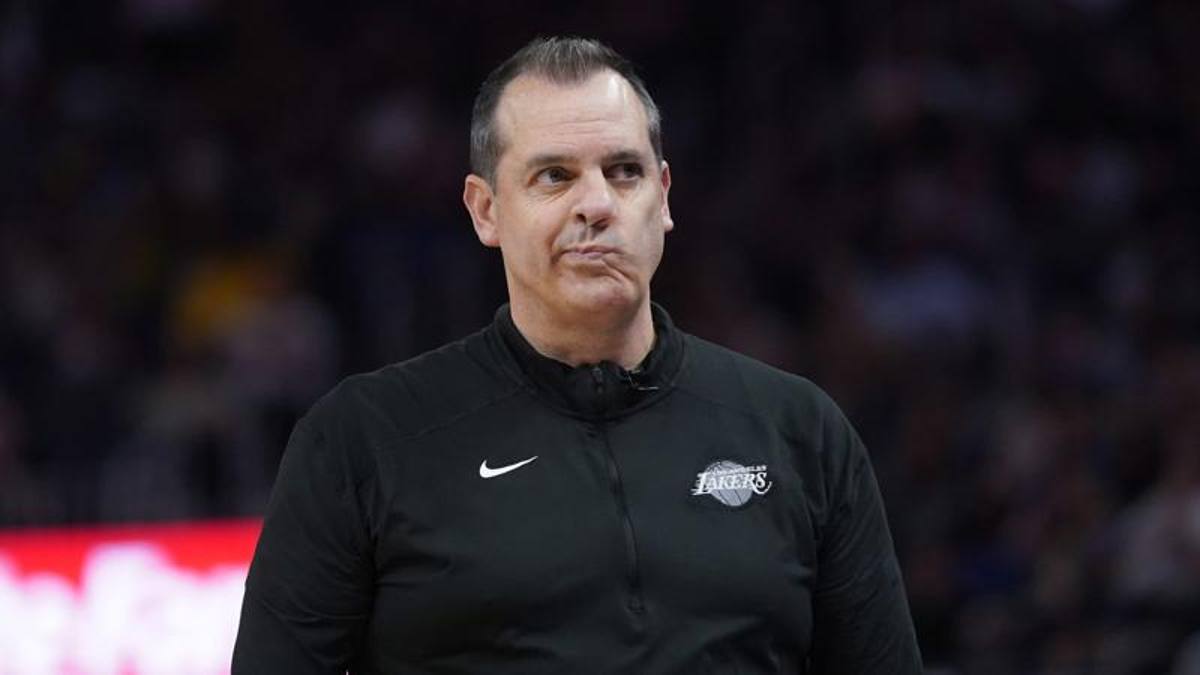 Los Angeles formalizes the separation from the coach, who pays the bankruptcy season closed without even the Play-In

It was Pulcinella’s secret in Los Angeles, well before the 2021-22 bankruptcy became official: Frank Vogel would not be the manager next season. Now it is also official: the Lakers and the coach who brought them the 2020 title are separated.

It was GM Rob Pelinka who broke the news to the coach, who still had one year on his contract. “It was a very open and honest meeting, in which I told him that he was going from being our leader to part of our history, expressing the utmost gratitude to him – said the plenipotentiary of the yellow and purple -. This is not the time to point the finger, but as management we thought it was time for a new leader, without diminishing the results achieved by Vogel ”.

Vogel pays for all the historic failure of the Lakers, who remained out of the Play-In with a team built to aim for the title. He also pays for sins not his own, even if he made mistakes: he never managed to give an identity to the team (thanks to injuries, the Lakers fielded 41 different starting quintets), he immediately broke up with Russell Westbrook and lost that leadership in the locker room that had allowed him to create a direct relationship with Pelinka, LeBron James and Anthony Davis. Vogel was about to jump at the end of November, before the outbreak of the Covid emergency (he himself was infected) blocked everything and forced the Lakers management to put the change of coach on standby. When the situation allowed, he was too late to intervene. “I have the utmost respect for coach Vogel, the relationship with him has always been very direct: he is someone who lives for basketball” LeBron James saidwho met the media at 6pm Italian time, reporting that he had not yet been told anything about the coach’s fate.

The full coach in Los Angeles has already left. After the first rumors pointed to Quin Snyder, who could leave the Jazz, and Doc Rivers, whose availability is still to be verified, the new name is that of Nick Nurse: it is difficult for the Raptors to let him go, given that the champion coach in 2019 he is under contract and a trade should be entered into, but if he were to ask for it, Toronto would hardly refuse. Pelinka, without naming names, has clear ideas about the type of coach he has in mind. “In the team we have superstars, we want a strong voice that can inspire players to express themselves to the fullest in every game – says the Lakers GM -. We don’t have a date by which to have a new coach: we want to get the right person. It would be quick to have a manager before the draft, but right now we don’t even have a list. The new coach will certainly be included in the decision-making process for the construction of next year’s roster: between coach and general manager we need a perfect harmony on this type of decision, a sense of collaboration as there was with Vogel ”.

Pelinka does not point the finger at the coach but neither does he hide: the Lakers season was a failure. “It has been disappointing in every respect: our fans expect more, they expect the Lakers to fight for the title every year and we have not. When you have a disappointment, you have to accept it and understand how to do better: we have talked to each player and started to reflect on how we can improve ”. The plenipotentiary confirms that LeBron and Davis, as captains, will have the opportunity to express their opinion on potential signings: “It is clear to everyone, however, that the final decision on decisions related to basketball is mine alone – says Pelinka -: I accept advice, I listen opinions, but in the end it is me who decides ”. If from the words of the yellow-violet plenipotentiary it is clear that James and CEO will be part of the future, the more nebulous is the response on Westbrook: “It is a future Hall of Famer who has given everything to his team – says Pelinka of Russ -: what will he do next year depends first of all on him, since he has a player option. Once he makes that decision, we’ll sit down with him and his staff to figure out what’s best for him and what for us. We need to improve our roster and we are open to any solution to do so “. There is another puffin secret that Los Angeles holds: Westbrook will play for another team next year. Which is not yet decided.

Lakers, goodbye coach Vogel: “An inevitable choice”. Here is who can replace him