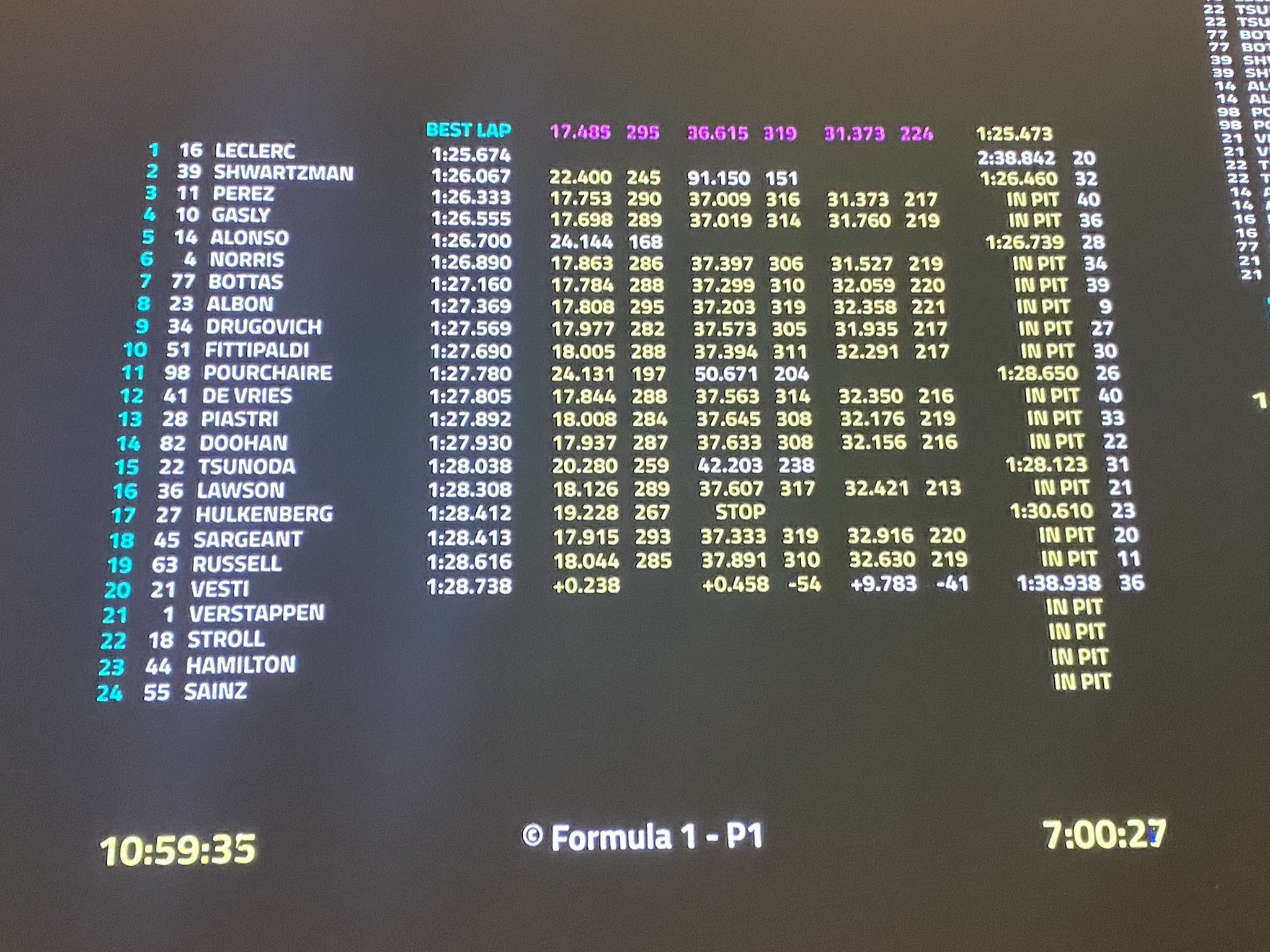 [F1] – Hello dear readers of FormulaPassion.it and welcome back with the appointment dedicated to the written chronicle of the day Pirelli test in Abu Dhabi which officially concludes the 2022 F1 season, which ended last Sunday almost a month earlier than what happened in 2021 in order not to overlap with the World Cup in Qatar. Track activity began at 06:00 Italian time and will continue until 15:00. Beyond to the ten young drivers chosen by each team today is an important day because it records the debuts of Fernando Alonso in Aston Martin, Pierre Gasly in Alpine, Oscar Piastri in McLaren and the return of Nico Hulkenberg to F1 at the wheel of the Haas.

10.00 – What should now be the ‘unofficial’ lunch break from 13:00 to 14:00 local time with possible driver changes in Ferrari, Mercedes, Red Bull and Aston Martin.

The repairs are complete and Nico is back out on track ➡️ He’s adding to his 24 laps so far.

09.50 – Nico Hulkenberg is also back on track, who is the driver with the fewest laps since he’s stopped at 21. Below is the first official tweet dedicated to Fernando Alonso by Aston Martin.

09.40 – After the technical problem he had an hour ago, Oscar Piastri is back to grinding kilometers behind the wheel of the McLaren. Toto Wolff regarding the finale of the 2022 season has defined “irrelevant“ the fact that George Russell beat Lewis Hamilton in the championship and is not at all sure that he will appear at the starting lineup for 2023 with a car capable of competing for victory.

09.30 – Nyck De Vries surpasses 60 laps and reaches 61. At the moment, on paper, the 2023 tests will see teams and riders on the track for only three days (therefore with a division of one and a half days per rider) so today’s day is quite important for the rookies in the new stables to gain as much confidence as possible in view of next season.

09.20 – More images related to the action on the track. Obviously black overalls for Alonso again for contractual reasons.

09.00 – Mattia Binotto declared that Ferrari 2023 will look like neither a Red Bull nor a Mercedes.

08.50 – Green light at the bottom of the pit lane, testing resumed in Abu Dhabi after Oscar Piastri’s stop.

08.15 – Times and laps after two hours of testing. Leclerc remains in command, Perez and De Vries with 40 laps are the riders who have lapped the most.

08.00 – The top teams will alternate the riders in the two scheduled sessions. Charles Leclerc, Sergio Perez and George Russell are on the track this morning, but in the afternoon it will be the turn of Carlos Sainz, Max Verstappen and Lewis Hamilton. Fernando Alonso will also make way for Lance Stroll. The cars reserved for the owners are all dedicated to the Pirelli tests, while the cars intended for young drivers don’t necessarily have to follow the work on the 2023 tyres.

07.45 – Nico Hulkenberg’s adventure at the wheel of the Haas started with some problems. The German driver had to park his car in the second sector, but it didn’t cause a red flag.

Unfortunately there are a couple of testing gremlins on Nico’s car, so it’s had to be recovered and will now be repaired.#HaasF1 #F1Testing pic.twitter.com/51nipTvTxZ 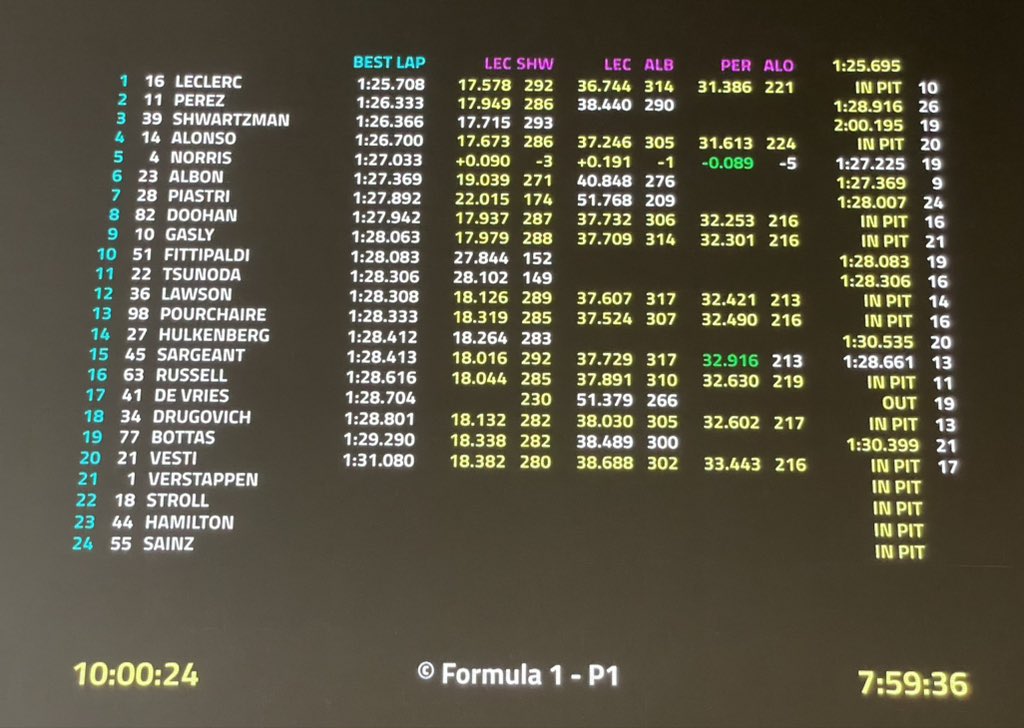 07.00 – Alonso is driving sponsorless Aston Martin as he is on loan and still under contract with Alpine until the end of 2022.

One Aston is fully branded for Drugovich but one is blank for Alonso as he’s officially still contracted to Alpine and on loan from Alpine #F1 #AbuDhabiTest pic.twitter.com/tOFb3vPIR2

06.30 – Pierre Gasly also comes out of the pits for the first time at the wheel of the Alpine.

First lap as an Alpine driver for @PierreGASLY! 👋 pic.twitter.com/NjD7IzD5pL

06.15 – After many vicissitudes of a legal nature, Oscar Piastri’s career as a McLaren driver begins.

Heading out for the first time as a McLaren driver! 😍 @OscarPiastri pic.twitter.com/kkybwFdzCz