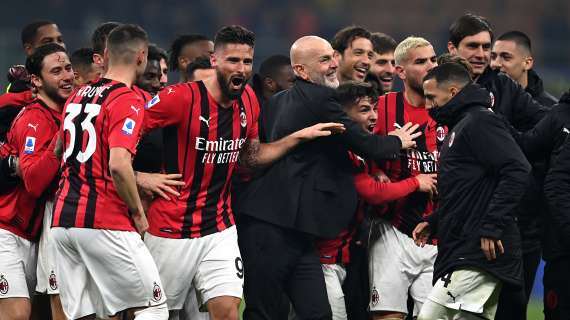 12.20 – The last AC Milan player to have scored for Fiorentina at San Siro was Franck Kessie, author, after the first goal scored by Romagnoli, of the definitive 2-0 in the match valid for the ninth day of last season played in November 2020. The footballer On that occasion the Ivorian also missed a penalty kick, which fortunately for the Rossoneri did not affect the final result.

12.00 – Stefano Pioli will face Fiorentina as an opponent for the fifth time ever since he has been on the Milan bench. The coach originally from Parma against the Viola obtained two wins and a draw, losing only this season in the match played in the first leg at the Franchi which ended at the end of 4-3.

11.40 – The match between Milan and Fiorentina, scheduled for today at 15.00 at San Siro and valid for the thirty-fifth day of Serie A, will be visible in live streaming on the DAZN channels starting at 14.30 with a pre-match live.

11.20 – Paolo Valeri will be the referee of Milan-Fiorentina, a match valid for the thirty-fifth day of Serie A scheduled for today at 15.00 at San Siro. The whistle of Rome has refereed the Rossoneri thirty-five times, who under his direction have obtained twenty-two wins and five draws, suffering eight defeats. During this season, Valeri also directed Bologna-Milan, which ended in a 2-4 final.

11.00 – Milan have won eleven points in the last five league matches played at San Siro. The Rossoneri, who are third for best domestic performance in Serie A, have achieved three wins against Genoa, Empoli and Sampdoria, drawing only against Bologna and Udinese.

10.40 – There are four warned against Milan in view of the match scheduled at 15 against Fiorentina at San Siro. In the event of a yellow card, therefore, Tomori, Kalulu, Romagnoli and Brahim Diaz could skip the next match scheduled for Sunday evening at Verona’s home.

10.20 – For the match scheduled at 3 pm against Fiorentina, Stefano Pioli should not make any line-up changes compared to the match he won against Lazio last Sunday. Maignan in goal, a defensive line made up of Calabria, Kalulu, Tomori and Theo. In midfield, Bennacer was recovered, but he should leave room for Tonali and Kessie in the median. Messias and Leao confirmed on the lanes, with Brahim Diaz as attacking midfielder and Giroud as the only striker.

10.00 – This afternoon at 15:00 San Siro will be sold out to host the match between Milan and Fiorentina, valid for the 35th matchday of the Serie A championship. The Rossoneri intend to maintain the leadership of the championship, currently owned by them with 74 points. at +2 on Inter second (committed at 18 in Udine), while Fiorentina are seventh at 56 points and are fighting for a place in Europe.

After the last breath victory against Lazio, Milan restarts from Fiorentina. Friends and friends of MilanNews.itwelcome to the direct approach text to Milan-Fiorentina, a match valid for the thirty-fifth day of Serie A scheduled for this afternoon at 3 pm at the Giuseppe Meazza Stadium in San Siro. Another fundamental commitment for the Rossoneri, who want to stay at the top of the standings.

LIVE MN – Towards Milan-Fiorentina: San Siro sold out. Training: Bennacer on the bench, there is Brahim