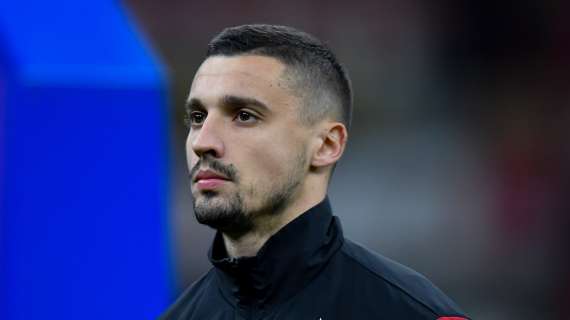 19.21 – The following are the official line-ups of Milan-Napoli, a match valid for the seventh day of Serie A scheduled at 20.45 at San Siro:

18.52 – The last victory obtained by Milan against Napoli at San Siro dates back to three and a half years ago. The Rossoneri have not surpassed the Azzurri in a home match since January 2019, when they won the quarter-finals of the Italian Cup thanks to a brace from Piatek.

18.25 – Milan and Napoli arrive at the seventh day with the same points (14). The Rossoneri have in fact won four victories against Udinese, Bologna, Inter and Sampdoria, drawing only with Atalanta and Sassuolo. The Azzurri, on the other hand, beat Verona, Monza, Lazio and Spezia, drawing against Fiorentina and Lecce. Milan scored 12 goals conceding 6, while Napoli scored 13 conceding 4.

17.53 – The last AC Milan player to score a goal at San Siro against Napoli is Giacomo Bonaventura. The former Rossoneri midfielder scored the final 1-1 goal in the match played in November 2019 and valid for the thirteenth day of Serie A 2019/2020.

17.28 – The one scheduled for tonight at San Siro against Napoli will be the fifth home game for Milan. The Rossoneri between Serie A and Champions League have always won in front of their audience, having beaten Udinese, Bologna, Inter and Dinamo Zagreb in the series. The Italian champions also scored 12 goals and conceded 5.

16.53 – The match scheduled for tonight at San Siro between Milan and Napoli, valid for the seventh day of Serie A, will be visible live on DAZN. On MilanNews.it, moreover, thanks to the live text you can find all the updates of the match.

16.34 – Luciano Spalletti should opt for a 4-3-3 in view of the match scheduled for tonight at San Siro against Milan. The Napoli coach could field Meret between the posts, with Di Lorenzo, Rrahmani, Kim and Mario Rui in defense. Lobotka, Anguissa and Zielinski could play in midfield while Politano-Raspadori-Kvaratskhelia should be the forward trident.

16.13 – Maurizio Mariani of the Aprilia section will be the referee for Milan-Napoli. The Rossoneri under the direction of the Lazio whistle have previously obtained eight wins and three draws, losing on four occasions. This evening’s challenge will be the first this season for Mariani with the Italian Champions.

15.43 – Only Milan (seven) have gained more points from a disadvantage than Napoli (six), the Rossoneri’s next opponent in the league, in this Serie A season. This was reported by the editorial team of sports statistics Opta.

15.15 – Almost eight years have passed since AC Milan’s last victory in the league at home against Napoli. It was December 14, 2014 and the Rossoneri, coached by Pippo Inzaghi, won against the Azzurri with the result of 2-0 thanks to goals from Menez and Bonaventura. The last absolute victory of Milan at San Siro against the Neapolitans, however, dates back to January 2019, when AC Milan won in the Italian Cup 2-0 thanks to a double from Piatek.

14.22 – It will be match 170 between the two teams, in all competitions. The balance is in favor of Milan who have won 67, against the 50 taken home by Napoli. There were 52 draws. Within the friendly walls, the Rossoneri won 38 of the 85 matches played, the Neapolitans 18, of which the last two played at San Siro. The website Magliarossonera.it reports it.

13.49 – Without the injured Victor Osimhen, Luciano Spalletti’s great doubt should be one in view of the big match at San Siro against Milan. For tonight’s challenge the Napoli coach will have to choose between Raspadori and Simeone, with the former slightly favored over Cholito after the two goals scored against Spezia and Glasgow. For the rest, everything should be confirmed in the 4-3-3 which foresees Meret between the posts and back four with Di Lorenzo and Mario Rui on the lanes and Rrahmani-Kim in the center. In the control room the untouchable Lobotka with Anguissa and Zielinski, while forward Kvaratskhelia will act on the left with Politano on the right and Raspadori in the center.

13.18 – Mister Pioli will have to do without Rafa Leao’s presence against Napoli. The Portuguese, sent off against Sampdoria, will serve the day of disqualification in tonight’s big match, which sees the Rossoneri coach with only one doubt about the trocar. While the defense and the midfield are confirmed (Maingnan; Calabria, Kalulu, Tomori, Theo; Tonali, Bennacer), on the trocar Pioli will dissolve the ballot between Krunic and Messias today. If the Bosnian were to play, Saelemaekers would move to the right, with De Ketelaere in the middle and Giroud in front. With the Brazilian from the first minute, however, Saelemaekers would move to the left.

Friends and friends of MilanNews.it, welcome to the direct text of Milan-Napoli, a match valid for the seventh day of Serie A. After the away victory against Sampdoria in the last round, the Rossoneri want to repeat themselves against Luciano Spalletti’s men. As always, thanks to our live show, we will tell you all the emotions of this match, minute by minute, action after action, until the final whistle. Stay with us!

LIVE MN – Towards Milan-Napoli, Krunic holder in place of Leao. Also Kjaer from 1 ‘


You can find our social media profiles as well as other pages that are related to them.https://prress.com/related-pages/