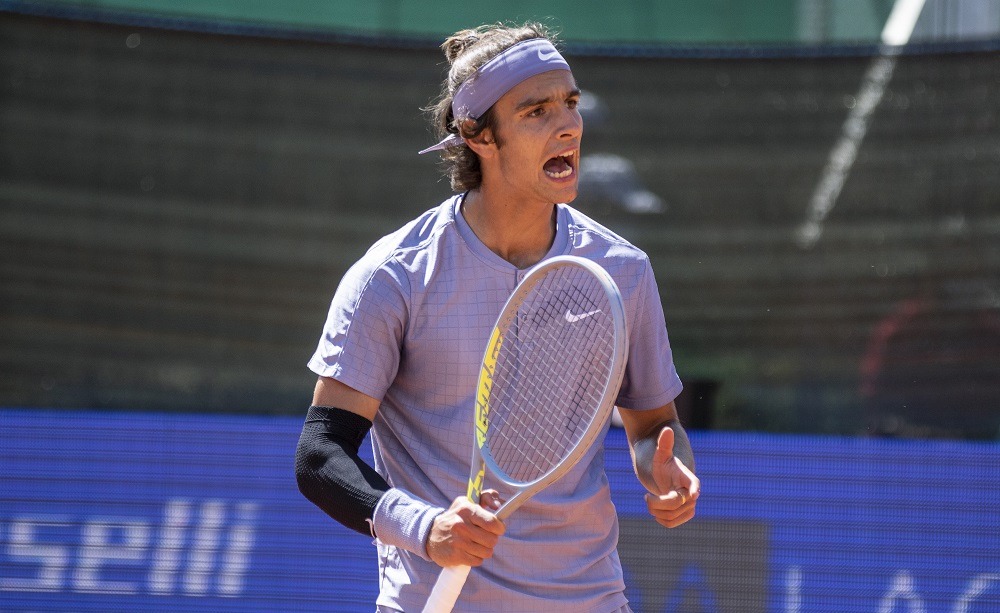 The live and the direct text of Musetti-Moro Canasdecisive round of the qualifiers of the Madrid Masters 1000 2022. The Carrarino goes in search of the main draw against the young Spanish wild card, who in the first round got rid of the Argentine Francisco Cerundolo in the general clamor. Lorenzo, despite this exploit, will start clearly the favorite. He will have to try to assert all the greater experience and attitude of him at certain levels. His opponent, in fact, only played at the future level this year, with some sporadic appearances at Challenger level. Musetti is certainly in a good moment, as evidenced by his recent performances in Monte Carlo and Barcelona. The Italian must absolutely seize this opportunity: the main draw is there a few meters away. Sportface.it will guarantee updates in real time starting at 11:00. Musetti and Moro Canas, in fact, are programmed as first meeting of the day on Court 4.

Thanks for joining us, have a nice day.

THE CHRONICLE OF THE MATCH

GAME, SET, MATCH MUSETTI! The blue player triumphs in comeback and enters the main draw of the Mutua Madrid Open!

THIRD SET – BREAK MUSETTI! On the sixth break point Lorenzo finally gets the break. Despite a bad 4/16 on break points, Musetti will serve for the match at 5-2.

THIRD SET – Nothing to do. Parity.

THIRD SET – The Spaniard cancels it, but there is immediately another one.

THIRD SET – Fantastic game by Lorenzo, who only serves first and escapes at 4-2. Ten points in a row for the Italian.

THIRD SET – The Spaniard shortens the distance, but will be forced to chase. 3-2

THIRD SET – Musetti consolidates the break and, with personality, flies to 3-1.

THIRD SET – BREAK MUSETTI! Four consecutive points for the blue, which operates the break and extends to 2-1.

THIRD SET – The Spaniard keeps his serve at zero at the opening. 0-1

THIRD SET – The decisive stage starts. Up for grabs to qualify for the main draw of the Masters 1000 in Madrid.

13.10 MUSETTI SET! At fifteen Musetti holds the bar and goes to 7-5, winning this really hard-fought set. He then goes to the third and the inertia is all for the Carrarino!

SECOND SET – BREAK MUSETTI! And the break arrives, at the right moment! The blue thus moves to 6-5 and can serve for the set, thus dragging everything to the third set.

SECOND SET – We go to the advantages, Moro plays everything.

SECOND SET – Moro Canas, 4-5, still saves his advantages and now Musetti, who is playing better in this second set, is called upon to serve at the change of court so as not to lose the match.

SECOND SET – It’s not possible! Two more break points for Musetti, both wasted. It goes to the advantages.

SECOND SET – Very concentrated the Spaniard who still holds the bar at fifteen. 2-3.

SECOND SET – Thirty Musetti, 2-2. This is the key moment of the match.

SECOND SET – After the fear, Moro Canas serves well and wins the game at fifteen.

SECOND SET – Even the blue holds the serve easily, leading to 1-1.

SECOND SET – All canceled by Moro who then checks the advantages. What a shame. 0-1

12.08 SET MORO CANAS! No! On the most beautiful Musetti is mocked by the Spaniard, who still wins deserving this first set. 5-7.

FIRST SET – We go to the advantages in this very delicate twelfth game!

FIRST SET – A zero Moro Canas! 5-6, at least the tie-break is ensured.

FIRST SET – Incredible Game! Three more balls set canceled by Musetti to the advantages, it is going for very long! What a struggle.

FIRST SET – Musetti cancels both of them heartily, we go to the advantages.

FIRST SET – Moro Canas now seems to be the one at the beginning of the set. 4-5 for the Spaniard, at the change of field Musetti called to serve in order not to lose the set.

FIRST SET – Musetti holds the bar at thirty and goes to 4-4.

FIRST SET – Third game in a row won at fifteen for Musetti who locks the tie at 3 games. Now everything is back on its feet.

FIRST SET – MUSETTI COUNTERBREAK! Good first! And we are referring to Musetti’s break point, certainly not in Moro Canas’ service. 2-3, the blue is back in the game.

FIRST SET – Musetti unlocks and keeps the bar at fifteen. It is the easiest game for those who have served so far, but it is 1-3.

FIRST SET – Moro Canas passes on the fourth ball game. 0-3 really unexpected, now a fundamental service for Musetti at the change of field.

FIRST SET – BREAK MORO CANAS! And the break comes immediately! Bad with the first Musetti, he gives the service to thirty. 0-2.

FIRST SET – The match begins with the Spaniard serving.

11.00 Sportface friends, good morning from qualifying for the Masters 1000 in Madrid. Lorenzo Musetti engaged in the decisive round against the Spanish wild card Moro Canas, 440 in the world. It shouldn’t be difficult to get the better of it.