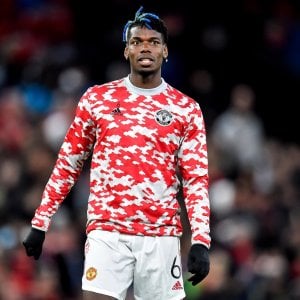 The PSG ready to raise the offer for Skriniar

PSG continues to press for Milan Skriniar. After the offer of 55 million plus 10 of bonuses rejected by Inter, the French club has not given up. Today new direct contacts between the two companies are expected with PSG ready to reach 70 million including bonuses. Inter ask for 80, but at the figure of 72-75 the deal could go through. Skriniar already has an 8 million five-year agreement with the Parisians and will be replaced in the Nerazzurri by Gleison Bremer.

Simone Inzaghi he arrived at the Inter headquarters to sign the renewal of the contract that will bind him to the Nerazzurri club until 2024 with an option until 2025. After the agreement reached yesterday, today is the day of the signing. The salary will be 4.5 million net per season plus prizes.

Alessio Cragno can be considered the new goalkeeper of Monza. Cagliari and Silvio Berlusconi’s club have reached an agreement on the basis of an onerous loan with obligation to redeem in the event of the Lombard club being saved. Cragno is expected in the city next week to carry out medical examinations.

The Monaco awaits a response from Belotti

Andrea Belotti unless sensational second thoughts will leave Turin. Urbano Cairo’s offer did not convince the center forward, who wants to embark on a new adventure. Fiorentina probed the grenade captain, but the track linked to Luka Jovic intrigues much more. Belotti also hoped for Milan, but the Rossoneri have other urgencies. Monaco made an important offer, and the 28-year-old striker took a few days to respond.

Renato Sanches he wants answers from Milan. The midfielder has had an agreement with the Rossoneri club for some time – a four-year net worth 3.2 million per season – but PSG has found an agreement with Lille for 25 million plus bonuses. Paolo Maldini is stuck at 18 plus 2 bonuses and has already communicated that he does not want to match the PSG offer, which has proposed a five-year deal worth almost 5 million euros per season to the 24-year-old Portuguese. In short, the risk of losing Kessié’s designated heir remains very real for the Rossoneri. The Romanist Veretout is the alternative.

After the renewal of Simone Inzaghi until 2024 and with the negotiation for Romelu Lukaku being finalized, Inter are planning the next shots in defense. The negotiation with PSG for Milan Skriniar continues faster and faster and the two clubs are not far away. Gleison Bremer and Nikola Milenkovic the objectives to reinforce the backward department and to replace Skriniar and de Vrij, destined for the Premier. Also keep an eye on the foreign track with the sports director Piero Ausilio who is monitoring some profiles ready to replace the Slovak defender.

Borussia Dortmund is negotiating with Ajax for the passage to Germany of the 1994-born center-forward Sébastien Haller. The German club presented a first offer of € 30 million plus 3 bonuses, which the Dutch club refused. The request is for 40 million and Borussia is ready to get closer. Meanwhile Haller has already said yes – he will be Haaland’s heir, who ended up at the City – and awaits the agreement between the two companies.

Monza insists on Pinamonti, Salernitana dreams of him but he is waiting for Fiorentina

Andrea Pinamonti continues to be in the sights of Monza. Adriano Galliani has presented an offer of 15 million euros plus bonuses, but in the next few hours Salernitana will also make an offer to Inter for the 23-year-old forward. Pinamonti is waiting for Fiorentina: the will of the striker is to play in Florence even if the Viola are strong on Real Madrid striker Luka Jovic. Monza is waiting for a response from the player, Salernitana would like to try the big shot but Pinamonti wants to understand if the Fiorentina discourse is over or not.

Fiorentina, today the signature of Italiano

Cambiaso, there is also Atalanta

After Juventus and Inter, Atalanta also signed up for the race for the left side of Genoa Andrea Cambiaso. The entourage of the 2000 class has already met the management of the vice-champions of Italy and this week will meet the Juventus club. However, Atalanta is ready to offer 8 million euros.

The PSG has chosen Christophe Galtier as the new coach in place of Mauricio Pochettino. The new sporting director Luis Campos is negotiating with Nice asking for 10 million euros to free the coach. Galtier already has an economic agreement with PSG and is forcing his hand with his current club to be released. The contacts between the two companies are daily, a situation being defined.