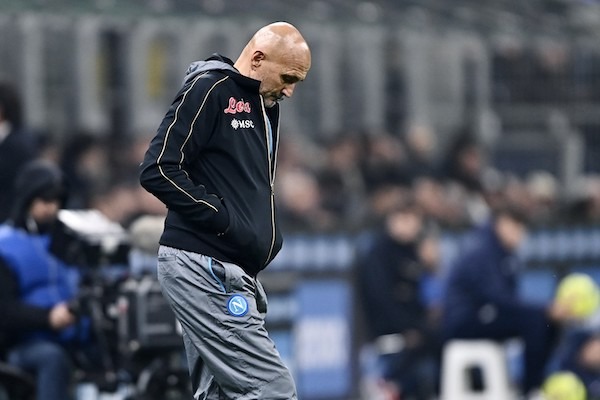 A defeat in Milan is all there, as well as the days nì. But in these cases you can also take the loaf home without having to like it at all costs

The first thing that comes to mind after the defeat in Milan is that you can also lose. It’s trivial, obvious, but defeat is part of the game. The decidedly different approach to the one we had always appreciated about the match against Inter was certainly striking. The causes can be many. The first game after the fifty-day break. The athletic preparation is still approximate, after all, making the necessary proportions, it is as if it had been played in August. The scenario is completely distorted, now Napoli are clearly favored. Maybe each of these causes contributed.

It should be remembered that despite the decidedly subdued performance and despite the fact that the opponent was of a high level, Napoli lost 1-0 (not 3-0) and somehow remained in the match until the end. He would not have deserved a draw – assuming that in football the word merit means something – but it could have equalized with that shot by Raspadori in the final (the only one of the match, it must be said). And it is precisely on this aspect that we would like to say something.

The idea that one can always play well, that one must always “deserve” victory, is a misleading and castrating idea in our opinion. It’s like it fits into the larger concept of having to get someone’s approval. Napoli dominated in Italy and in Europe in the first part of the season, enjoyed a very positive image, even too much. Many times he won matches by dominating them, sometimes he won even with a short face, basically because he had a higher level of self-esteem and awareness than his opponents. The Milan fans are not wrong in pointing out that the San Siro match against them could have ended differently. Napoli has always won thanks to its quiet strength, let’s think of Rome and Lazio for example. To the intimate awareness that sooner or later, if the opportunity had arisen, the result would have unlocked it.

This was missed against Inter. Or rather, this too was missing last night. There is no way in sport that you always play your best. It’s a lunar concept. In all sports. The difference is being able to win on days when not everything runs smoothly. Or, to put it like Spalletti, on days when more than someone plays below their level. On days like these, however, we don’t concede the goal we conceded. On a situation, again to quote Spalletti, that Napoli knew well and feared. As if the team hadn’t been mentally linked. It is true that Inter missed at least (at least) two goals in the first half. There is. What doesn’t fit is offering oneself to the opponent in that way. When things go wrong, you need to be aware of it and adjust accordingly. We never had to listen to that phrase: “we only know how to play in one way”. Horror! It is equivalent to the “that’s how I am” that we often hear in daily life.

Those who follow the sport know that the victories achieved by athletes in days when they did not feel at their best have been and will continue to be countless. Because success is the result of many components. Playing only one way or wanting to win only one way is severely limiting. We didn’t like this about Naples in Milan. It is profoundly opinionated to think that Napoli plays all the matches to a thousand and that therefore by virtue of the magnificent game they win them all. There are the Troisians (in Massimo’s sense) fifty days as a teddy bear in which, in any case, you have to unravel it and bring the loaf home. It’s the difference between those who feel the need for other people’s approval and those who don’t care. Seconds usually win.

Losing is not a drama. But neither is equalizing by playing badly – ilNapolista