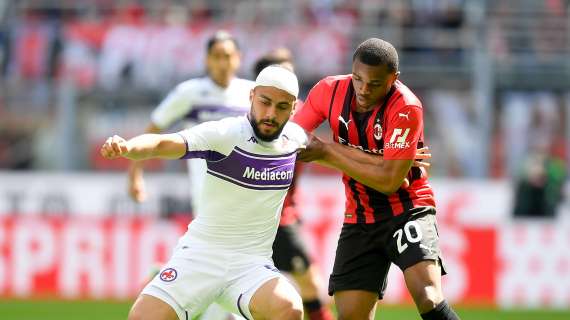 On Sunday 1 May, on the occasion of the match between Milan and Fiorentina held at San Siro, it was possible to watch the match inside the Lega Serie A room in the metaverse of The Nemesis. The project, conceived by Lega Serie A, represents the first match of a Championship to be broadcast in the metaverse, and was realized thanks to the collaboration with The Nemesis.

Casper Stylsvig, AC Milan Chief Revenue Officer expressed himself on this initiative of Lega Serie A: “We are proud to have been protagonists of the first official league match broadcast in the metaverse, thanks to the pioneering initiative of Lega Serie A and partners involved. It is an achievement that as a club we will be proud of as it is perfectly in line with the innovative spirit of AC Milan, committed to an important modernization and digitalization process that has seen the club achieve important results, and has always been careful to exploit the trends of the digital world. to engage the more than 500 million AC Milan fans around the world. “

To confirm what Casper Stylsvig expressed and the innovative nature of the club, below you can find a series of data on the objectives achieved by the Club:

Italian club with the best reputation in Italy, China and the USA according to the Football Index analysis published in April 2022 by YouGov, one of the most self-sufficient of the global market research companies
Engaging the fans of the future, through new and innovative experiences, is one of the Club’s priorities which is part of the Club’s modernization process started with the arrival of Elliott in 2018.
Over the past two years, AC Milan have welcomed 28 new partners, including a number of firsts in the club’s history, such as: BitMEX as Sleeve Sponsor, wefox as Back-of-Jersey Sponsor and KONAMI as Official Training Wear Partner
Fashion, eSports, music, the trendiest social channels: the AC Milan brand is able to be credible outside the world of football and is able to set new trends:

– Capsule collection announced with French fashion brand KOCHÉ, which was officially unveiled during Paris fashion week. The “AC Milan 1996” vintage / retro collection and an exclusive Quarto Kit in collaboration with the Italian fashion brand NemeN were also recently launched, the first in the history of Milan with a fashion brand

– Milan has recently reached 1 million subscribers on its YouTube channel, thanks to an exponential growth since the beginning of the current sporting season, registering a + 31% of subscribers, in absolute terms the highest growth among all the Serie A teams with a total of 167 thousand new subscribers, and a + 36% of views thanks to which the Club has reached a number four times higher than that recorded in 2018

– TikTok reached 4.4M followers and is the second Italian club in terms of likes (65.5M)

– On Twitch, AC Milan reached 82.7K followers, confirming itself as one of the most followed football clubs in Europe

Milan-Fiorentina first match in the Metaverse. Stylsvig: “A goal in line with AC Milan’s innovative spirit”


Take a look at our social media accounts as well as other related pageshttps://prress.com/related-pages/