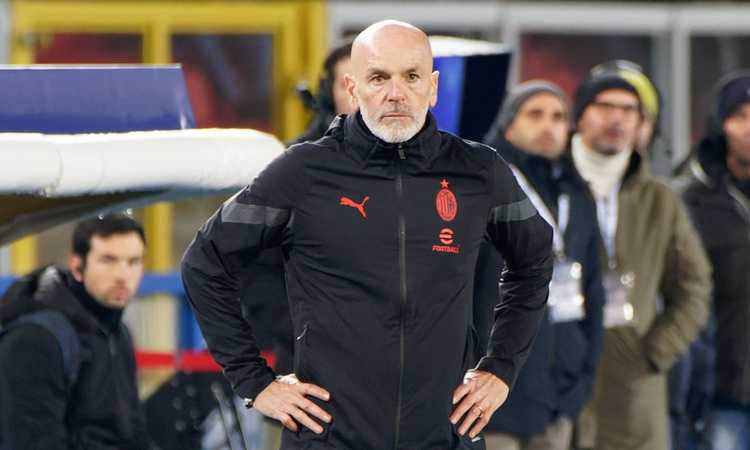 One point earned for how the match had turned out, but two points lost in the run-up to Napoli. And since this is what matters most, Milan’s 2-2 in Lecce has the bitter taste of surrender. No Rossoneri will ever admit it, but for what the rankings and the field say, Calabria and his companions they can begin to unstitch the Scudetto from their shirts. And for the avoidance of doubt, we must not blame Pioli because the current championship, played with the same men as last season without a real reinforcement, he indirectly reaffirmed the merits of the Rossoneri coach, the great architect of the feat of a year ago.

It cannot be a coincidence that after having suffered the comeback against Roma last Sunday, Milan swerved fearfully again, conceding two goals in less than half an hour and risking suffering a third that would have nullified the reaction of the recovery. The Rossoneri’s first problem, in fact, lies in the different performance of the defense from one year to the next, regardless of injury Maignan, because the whole department is floundering in front of Tatarusanu, starting with Kalulu who misses both goals conceded. Individual faults, of course, which also involve the ever more distracted Hernandezto be found in two causes. The first, which is somewhat the symbol of Milan’s involution, is linked to the fact that Kalulu last season he had an exceptional and as such unrepeatable performance, in the sense that he was overrated and it was no coincidence that his employment in the center was due to the emergency. The second cause, even more important, yet so far very underestimated, is the absence of a matchmaker like Kessie. And so the Ivorian, or another midfielder with his characteristics, Milan’s defense that a year ago was the best in the league now concedes goals too easily. And it is not enough to remember that Lecce was lacking Tone them by disqualification, because regardless of the performance of his substitute Pobega, the whole team made a silent scene for a time, immediately beaten by Hernnandez’s own goal in an attempt to precede Blin and then by a header by Baschirotto, jumped between Kalulu and Calabria.

Without thrust on the wings, despite the unrealistic restarts of Leaoand without imagination in the middle where Diaz confirmed that he had no continuity, Pioli replaced the two disappointing wingers Hernandez and Saelemaekers after the break, inserting the more lively Dest and Messias. More than these opportune moves a different attitude of the team was needed and in particular the shores of were invaluable Giroud. The Frenchman didn’t score but first propitiated Leao’s goal, good at taking advantage of a goalkeeper’s clearance on his shot, and then the equalizer by Calabria, ready to deflect another header from the centre-forward. A lot, but not enough to beat Lecce that he didn’t deserve to lose.

With the useless insertion in the finale of Origins and the most encouraging one in perspective of Kjaer, to cement a flaky defense. Even if at this point they seem only details. Because Napoli appears to be from another planet and between their 5-1 win against Juventus and this 2-2 draw by Milan against newly promoted Lecce, there is a nine-point difference.

Milan in Lecce unstitches the Scudetto from the chest. With no transfer market and no Kessie, Pioli is not to blame