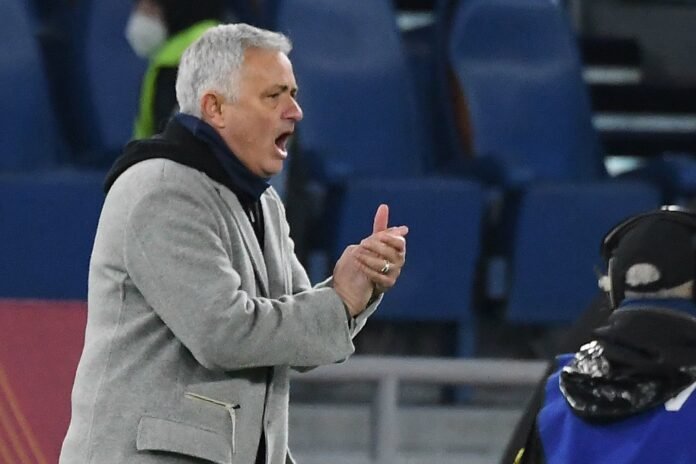 ROME BOLOGNA INTERVIEWS – All the statements by the Giallorossi coach José Mourinho on the occasion of the Roma-Bologna match, valid for the 35th matchday of Serie A.

Mourinho at the press conference

The turn over? Did you expect something more?
Poor game, the team that wanted to win had poor quality.

Why did you choose Zaniolo as center forward?
You never change, the story is always the same. I have been training for 22 years, also the fact that a team can win with an offside goal, because yesterday a team won with an offside goal. If I hadn’t made any changes today, the criticism would have been for not having given the conditions to the players to be able to compete with the opponent. this has never changed in 22 years. We played after Shomurodov and Abraham and we didn’t improve. Players who joined later did not improve.

When she left Italy 12 years ago, she said the press was the victim of intellectual prostitution.
I don’t think so and I refuse to say it, I now see a normal print in your analyzes. Apart from a few phenomena, I see a serious, critical and analytical press. But if you want to hide that yesterday a team won with an offside goal in 2022, you have to ask me this question again.

In your opinion, has ZAniolo’s situation improved with the referees?
I don’t understand why she, who is from Bologna, asks this question. However, Zaniolo’s attitude has changed, but the referees’ attitude towards Zaniolo hasn’t changed. He knows he’s a target, the referees haven’t changed towards him.

Mourinho to DAZN after the match

So much disappointment on his face
“For me it started with little quality. The team that wanted to win did not do what was needed while those who did not want to win did his. Little quality “.

Did it affect Leicester?
“Yes, absolutely. We are in a beautiful and difficult situation. Thursday will be the 14th game on Thursday in Europe and after those in Italy it is more complicated. Leicester made everyone rested. We wanted to win but we didn’t. Bad game and our responsibility that we played badly. The referee let it all go ”.

Do you explain the 4 changes like this?
“I tried to give quality but we didn’t have the impact. The 4 who entered, well Karsdorp and Pellegrini. Tammy and Zalewski less well, 15 of the 30 minutes were played, we had opportunities but not enough. “

Zaniolo?
“You and the referees are a little obsessed with Zaniolo”

Mourinho in the pre-match at DAZN

“A hug to Sinisa, see you next season. We make some changes, we are in a difficult situation, Leicester has been playing Conference for 2 months and changes 10 in the league. We are between 5o and 8o and it is a difficult solution. We want to give the players they serve an opportunity. Trust all the guys who are united “

How Romanist do you feel?
“100%. That’s how I am: I arrive at a club and immediately try to find empathy with the fans, with the people who work with me and with the players. I take the shirt and never leave it. Roma are special, they make you feel like one of them and people are in love with the club, I do everything I can to be with them. if I can help, I’m here ”.

Find Arnautovic today …
“We were in England together, when he went to China we know why but it was a fantastic moment in his career. Now he returns to Italy at his age, but he has an incredible quality and due to his physical nature he can resemble Ibrahimovic. He is dangerous, he will be here today with the aim of scoring. This is football: friends first “.

Mourinho: “Today poor quality, Zaniolo a target of the referees. And yesterday there are those who won with an offside goal …” – Roma news