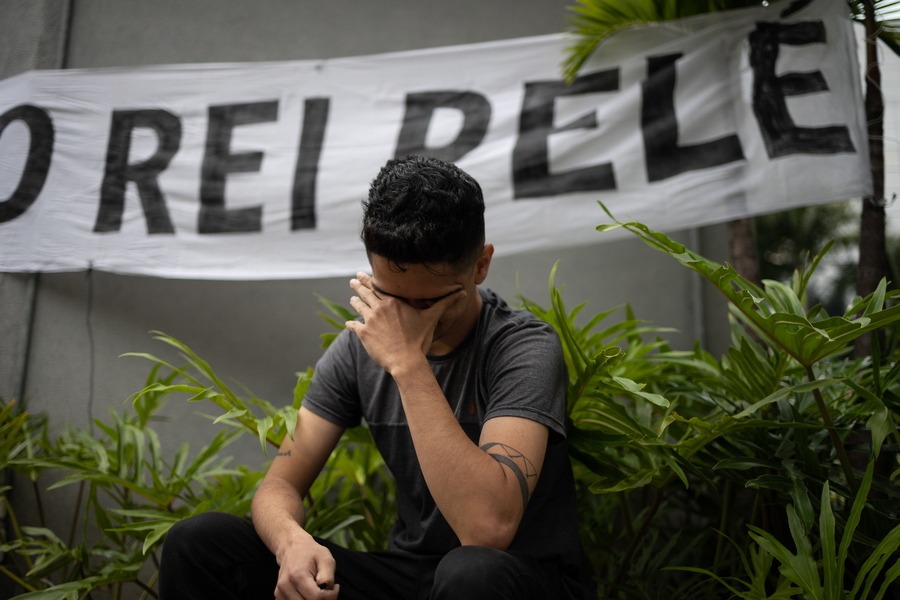 Brazil is preparing to bid farewell to its King, the man who made the giant country of South America known throughout the world and for whose death three days of national mourning have been decreed by outgoing President Jair Bolsonaro. Pelé will remain eternal, meanwhile the family has decided to postpone the funeral vigil to next Monday 2 January, to avoid the coincidence with the inauguration of President Lula, which will take place with the beginning of the new year, therefore on Sunday. And Christ the Redeemer turns green and gold for the football legend

The last tribute to O Rei will take place where he would have wanted, or rather on the field of Vila Belmiro, the Santos stadium where he became a football legend. A walkway has already been set up on the field where, mingling with the fans, other great champions such as Ronaldo Fenomeno, Ronaldinho, Cafu, Romario, Falcao, Jairzinho will pass by, while the family members of the three-time world champion, his third wife Marcia Aoki and the seven children had by three different women, in addition to their grandchildren, they will all be welcomed in a tensile structure. There is no doubt about this given the announced popular participation, it will also be exciting on Tuesday 3 when, as happened in Louisville for Cassius Clay/Muhammad Ali, Pelé’s coffin will be carried in procession through the city streets, in Santos , and a very particular moment will be when he stops in front of the residence of Dona Celeste, the mother of the former champion.

Pele’, the tears of Brazil: ‘You are eternal’

Last November 20, coinciding with the start of the World Cup in Qatar, she turned 100 and her son dedicated a post full of love to her for that anniversary (“she taught me the values ​​of love and peace” , one of the sentences). Dona Celeste married Dondinho when she was only 16, she had her first child, the future Monarca del Pallone, when she was 18, and she has always followed him with love and discretion, rarely appearing in public. Even in these hours she did not want to comment, taking refuge among her closest loved ones. Meanwhile, last night in Rio de Janeiro, Christ the Redeemer on Corcovado and the Maracana stadium, as well as the road that bears the name of the former champion, were lit up with the green-and-gold colors of the Seleçao, to commemorate O Rei, whose giant it is projected onto palaces and residences in the main cities of the country. In Sao Paulo, dozens of people are standing outside the Albert Einstein hospital where O Rei ceased his earthly existence, and many of them, dressed in the Santos shirt, are crying as they remember their idol, who will be buried at the ‘Memorial Necropole Ecumênica, the vertical cemetery overlooking the Santos stadium, which is just 850 meters away.

The story withdrawn from some broadcasters is also exciting, when Pelé in 1986, when he was 45 years old, offered himself to the then coach Telé Santana in an interview, struggling with an endless series of injuries (Leandro, Toninho Cerezo, Renato, Mozer), to play for the Seleçao at the 1986 World Cup in Mexico, 16 years after the ones he won in 1970. “In 25 days I’d get back physically – said O Rei – and I could give my contribution”. Pelé had also revealed that he had had the real possibility of returning to the national team already for the 1974 championship tournament in Germany, but he had declined the invitation because he did not feel comfortable with the military dictatorship in the country. It was one of the few times he said something ‘political’. It’s just a pity, some commentators point out, that the Cbf, the Brazilian football federation on the occasion of the World Cup in Qatar did not want to accept the invitation of the South American one, Conmebol, to put three hearts (Tres Coraçoes in Portuguese, which is also the name of Pelé’s hometown) instead of three of the five stars on the Seleçao shirt. But perhaps it was the sponsor’s fault, and in any case O Rei will remain Eternal. Football should now change its name and be called ‘Pelébol’, someone wrote today, and everyone in Brazil agrees. 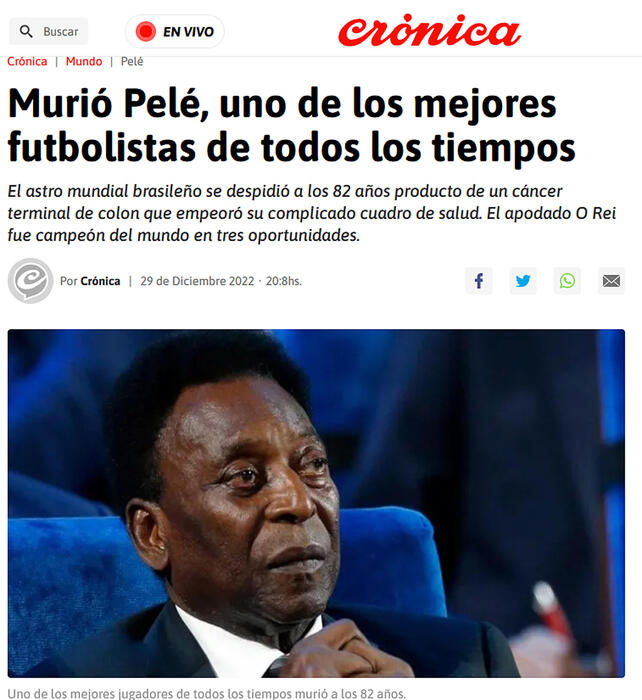 HEIRS WILL SHARE ASSETS OF MORE THAN 100 MILLION
What does Pelé leave to his heirs, his third wife Marcia Aoki, a 56-year-old entrepreneur, and seven children (five women and two men, Edinho and Joshua) from different women? In Brazil and elsewhere, someone is already doing the math, and the specialized site ‘Celebrity Net Worth’ has estimated the net worth of the only footballer to have won three World Cups at more than one hundred million dollars. In particular Pelé loved investing in real estate, an activity in which he was also skilled as evidenced by the fact that in 2008 he managed to win for three million a mega-villa he had in the Hamptons, at the eastern end of Long Island, and which at the time he had purchased for one hundred thousand dollars. While earning substantial sums when he played, those were different times and top footballers didn’t receive the multimillion-dollar sums of today. And in fact Pelé, while never complaining about what he had received thanks to the ‘futebol’, often said he had earned more with advertising and by participating in events than with competitive sport. In any case, he had always refused to lend himself to promoting “tobacco, alcohol and things related to issues of a political or religious nature”. Curiously, since 2014, when he was 74, O Rei had been receiving a subsidy in Brazil of around 550 euros a month. “In addition – he said in an interview – because of my age I could travel for free on public transport and pay half price at the cinema”. The only condition to benefit from these concessions is to demonstrate to the relevant bodies that you are still alive, a rule that in Brazil applies to any ‘retired person’.

Pele’, the illuminated Maracana’ to pay homage to the Brazilian legend

JORDAN: ‘YOU AND ALÌ WERE THE ESSENCE OF GREATNESS’
Even Michael Jordan, for many the best basketball player of all time, pays homage to Pele and does so almost wanting to take second place to those he considers greater. In fact MJ publishes the photo of a 1999 event in which ‘Sport Illustrated’ managed to bring together many legends of US sport including Pele, who was considered ‘at home’ due to his past in the NY Cosmos. And in that image Jordan had placed himself in the back row, between Bill Russell and Tiger Woods, while Muhammad Ali, Pelé and Kareem Abdul Jabbar were in front of the Chicago Bulls phenomenon. And Jordan refers to Ali and O Rei who were close in that photo, writing “what a moment that day was (1999) with the greatest of all time… you are right next to #Ali, you are the essence of greatness. Rest in peace #Pelé, and the others we have lost. Condolences to the family and friends going through these hard times.” 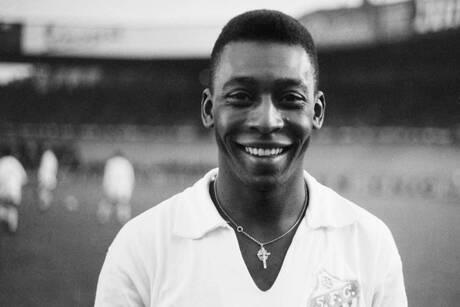 Pele with the Santos shirt

THE ‘PELÈ BIANCO’ TOASTAO ‘HE’S THE GENIUS, I’M THE PUPIL
“When I wanted to brag, I said I played with Pele.” So Eduardo Gonçalves de Andrade, known as Tostao, or even ‘the white Pelé’ today recalled the figure of ‘O’Rei’ in a heartfelt editorial published by the newspaper ‘Folha de S.Paolo’, all focused on the relationship between the ‘master’ and ‘pupil’. For Tostao, Edson Arantes do Nascimento’s partner in the 1970 world champion ‘Selecao’, seeing Pelé “one gets the impression that genius and human beings are the same thing”.

Pele, in Brazil three days of mourning. Corteo will pay homage to the mother DIRECT – Sport


Take a look at our social media accounts as well as other pages related to themhttps://prress.com/related-pages/