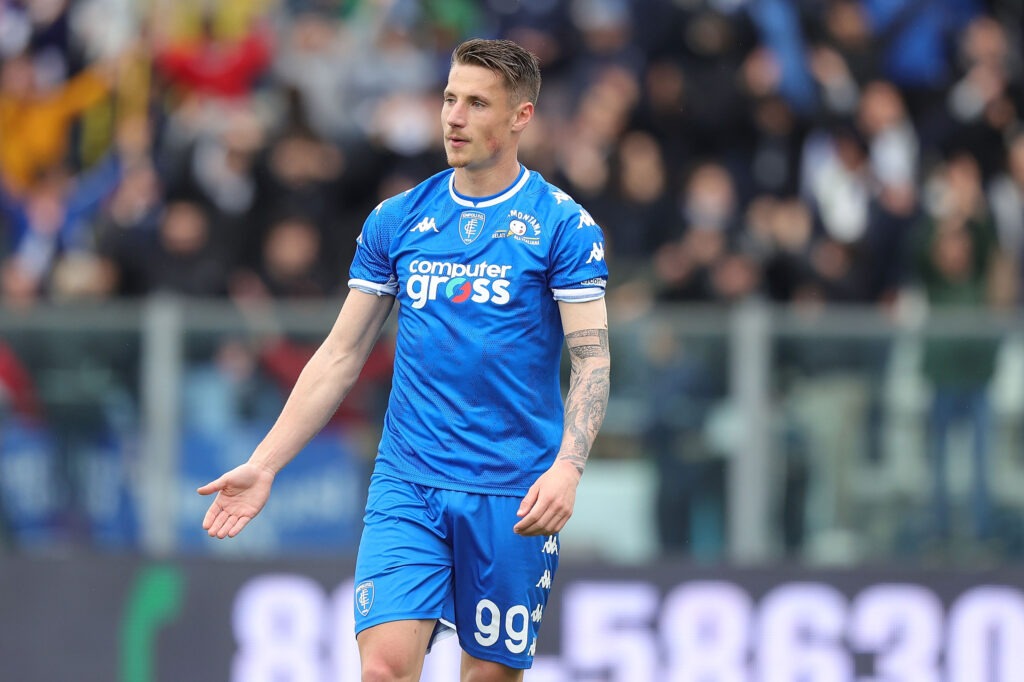 Tomorrow forInter it will be a very important match, against Empoli, in terms of the Scudetto, but it will also be very important for Andrea Pinamontias he will play against the team that holds his card.

This year he did very well on loan to the Tuscan team, sending a message to the Nerazzurri for next season.

Interviewed by Gianluca Di Marzio for his website, the forward talked about tomorrow’s match and beyond.

“Tomorrow will be a particular emotion, different from other matches. I will see many of my teammates again and will return to the stadium that was home to me. We are safe, we have reached our goal of the season, but we will play our game ”.

After that, continue: “I want to increase the tally in Serie A between now and the end of the season, but if I were to score at Inter I would not exult out of respect for the club that raised me “.

On his season, however, he says: “It’s my best year, the facts say so. It was a fundamental season for me, I needed confidence and new stimuli and Empoli gave me all this. I hope I have repaid the initial trust. But I consider this a starting point to make seasons at this and higher level from now on“.

“At the beginning I was not so convinced of going to Empoli, I’m honest. Then I met the director in person and after a chat with him I decided to accept ”.

A thought also to the disappearance of Mino Raiola: “It was a very hard blow, I really had a special relationship with him. He was like a father. Especially with the younger boys he was a point of reference to always count on, both football and off the pitch. Mino had to live it to really understand what a wonderful person he was. Many speak by hearsay, but only those who have experienced it can really tell it ”.

Then, he talks about another Italian striker, young like him and the author of an excellent season like his, that is Gianluca Scamacca: “There is a friendly relationship with him, we went through the whole process with the national youth teams together. We talk to each other on the phone from time to time, not every day, but it happened to congratulate us this year after a goal. But between us there is no resentment, envy or this dualism that so many tell. One does not exclude the other, on the contrary I would like to reform the Pinamonti-Scamacca couple also with the national team ”.

In addition, he also mentions the former Inter Milan Mauro Icardi: “Icardi has been a point of reference since I started training in the first team at Inter. He helped me a lot on and off the pitch and I want to remember him. He was the captain, he lived the best moment of his adventure at Inter but he always had an eye. To say, he made his apartment available to me at the beginning of the year until I found a home alone in Milan. Every now and then he also accompanied me to Pinetina when I did not have a driving license, then he became my driver Skriniar (laughs, ed)“.

Finally, mention of its future: “I don’t think about it now. I am enjoying a year full of satisfactions, in which I have achieved the goals I had set for myself. It was a long time since, sporting, I had not had this serenity and this stable happiness, without thoughts. My future is beach holidays, then we’ll see“.

Pinamonti on Inter: “I’ll tell you what I’ll do tomorrow if I score a goal!”