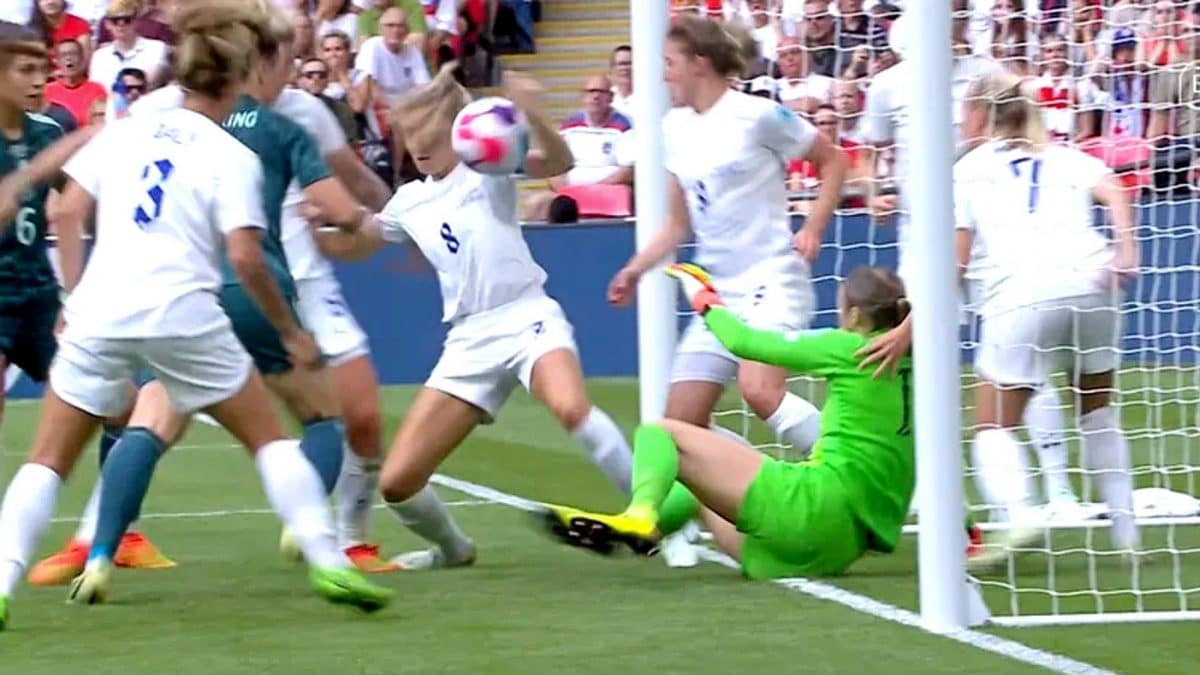 Controversy for the final of the women’s European Championships between England and Germany. The accusations of the Germans: “We were scammed at Wembley even with the VAR”. Valeri was on the monitor.

An audience frame from 87 thousand spectators witnessed the victory of the Europeans by theEngland women against the Germany in the final played yesterday at Wembley. But that is not all. There were 17.4 million people glued to TV who also recorded a record for the BBC. A historic event for women’s football given the scope and resonance that the final had.

Even on such an important day, however, given the stakes were very high, there was no lack of controversy. England won the trophy for the first time in history in front of a record audience that made the English forget for a moment the bitter disappointment suffered a year ago by the men’s national team against Mancini’s Italy right in that stadium.

England cheered after the goal scored in extra time.

The lob of Stoone who unlocked the match before the German draw with Magull and the decisive network of Kelly almost at the end of extra time he kicked off at the English party leaving Germany at the mercy of anger and disappointment.


Where to see the 2022 European Women’s Championships on TV and streaming on Rai and Sky: the match schedule


The ‘Bild’ in the aftermath of the defeat of the Germans spoke clearly of “scandal” at Wembley highlighting a dubious episode that occurred in the England penalty area and which saw a touch with the left arm of England captain Williamson right in front of the goal line saving an already scored goal. The referee Kateryna Monzul at that moment he did not recognize anything and, after a review, not even the VAR entrusted to Paolo Valeri with Maurizio Mariani as an assistant he reported nothing to Monzul.

Bild in Germany speaks of a “scandal” in the Wembley final.

“Handball”, laconically commented the coach of the German national team Martina Voss-Tecklenburg as the images of that episode flowed before his eyes at the end of the game. “It’s stupid – goes on – And then the people who are responsible for it have to think about it “. The German grader is furious: “Such a thing shouldn’t happen at this level in a European Championship final.”

The touch of the hand actually seemed quite clear and the images speak for themselves. But evidently at the VAR the interpretation was different. That’s why Germany he demanded an explanation immediately after the game trying to confront the referee and VAR.

Paolo Valeri had been designated to Var by Uefa for this final of the women’s European Championships with Mariani as assistant.

The German press and all the staff of the German women’s national team try to understand the reasons that led to this decision. Bild makes it known that it has even tried to intercept the video referee Valeri in the mixed zone after the final whistle, when the match was over and that episode weighed heavily on a match decided practically after extra time and when penalties seemed the only way to decide the final one.

When the correspondents of the German newspaper ask for explanations on what happened, Valeri greets them with a smile and says: “I can’t say anything, I’m sorry.” An answer that obviously disappointed those who at least expected an explanation and that reopens the debate on the public confrontation of the referees at the end of the match to analyze the dubious episodes.

Poisons on the women’s European final: “Scandal at Wembley”. There was an Italian at the VAR