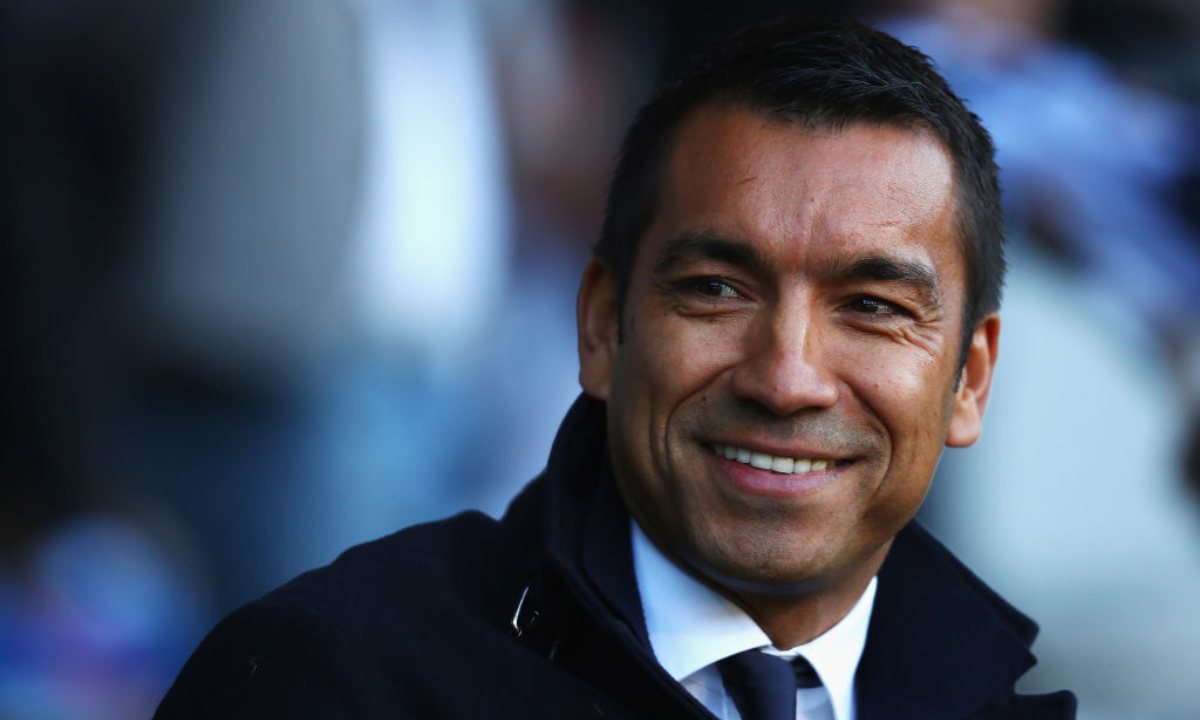 Rangers-Napoli: Van Bronckhorst and Davis at the press conference

17.58 – Van Bronckhorst: “Against Ajax we had to compete with a higher level than ours, but six or seven players were not at the top. We must be prepared for Champions League matches and if we are not at the right technical level and personal, we can see how it ends and how it went last time. We have to raise our level, otherwise we will struggle even against Napoli. We have to have the right approach, there is a time to show off and this time is tomorrow night at kick-off. This is the Champions League, we have to play better than a team. “

17.57 – Van Bronckhorst: “He is better, he had played many games in a row but a week’s break helps him: he gives us a hand in terms of quality, he will be better on the pitch tomorrow evening”

17.56 – Van Bronckhorst: “How to stop Kvaratskhelia? He has a very difficult surname to pronounce, he is very fast and we need to focus on: he is a special player”

17.55 – Van Bronckhorst: “Spalletti? I like him as a coach and as a person, I appreciate the work he is doing and how his teams play”

17.53 – Van Bronckhorst: “Naples? Osimhen is a serious absence for them, but they have different strikers in terms of quality and characteristics: Simeone, for example. Lozano will also be missing, I’ve known him since the days of PSV Eindhoven, but we know the quality of Napoli beyond beyond the two of them. They have very strong players, they are first in the league and they won on their debut in the Champions League. We are prepared for the challenge that awaits us. “

17.50 – Van Bronckhorst: “Change of philosophy? I don’t think there is a need, I won’t change anything. We have lost two games against two good opponents like Celitc and Ajax, we know it will be tough but I don’t understand why we should change our philosophy. We should play with ten defenders for a 0-0 win against Ajax? the manager or a Rangers player losing two consecutive matches in the Champions League is not acceptable. In the last twelve years we have not played in the Champions League, we know that the level is difficult. “

17.49 – Van Bronckhorst: “Morelos? He is much better than two weeks ago, he is training well and I talked to him: physically he is better, he could not have been with PSV but now he is much more ready”

17.48 – Van Bronckhorst: “McGregor? Allan is always the same in training, even not playing. But he has a lot of experience, I have no doubts about his contribution in the game”

17.47 – Van Bronckhorst: “Did we concede goals on set pieces? We worked on it, we want to improve. With Ajax we lost for this, and we don’t want to repeat ourselves.”

17.46 – Van Bronckhorst: “McLaughlin will not play in goal, he is injured and will not play. He is not available”

17.45 – Van Bronckhorst: “How am I after the last two knockouts? The morale is good, we’ve been training these days. We can’t wait to play”

17.40 – Davis: “Impossible to play the Champions League without having wealthy clubs? I think the coach was referring to winning the cup, we know the level is tough but last year we reached the Europa League final and we hope to win tomorrow”

17.38 – Davis: “Tactically difficult against the Italians? Italy is famous for tactical work, Napoli has international level players and against them it is important to play to the fullest”

17.37 – Davis: “How important was my experience on the pitch 12 years ago in the last Champions League? Not only do I have the experience, but also my teammates: in the last two years we have all played”

17.36 – Davis: “Napoli midfield? Obviously they have a lot of quality in all the players, it will be important to keep the ball otherwise it will be a very long night”

17.35 – Davis: “Isn’t it normal to lose so many games? We can’t wait to play, there is great intensity in training: we want to win against a great team, but we have the fans on our side”

17.34 – Davis: “What do we think as a team after the knockout against Ajax? In the Champions League we want to have fun, it’s always difficult to play against these great teams: at home, however, we have to win, it’s essential”

17.33 – Davis: “What did the coach say to me after Celtic and Ajax? We know we have to improve, we easily suffer from set pieces: now, however, just think, we have to play and we are determined to improve

17.31 – Davis: “How important is my experience in the Champions League? We’ve all played in Europe in the last two seasons, it’s not acceptable to play and lose: we’ll try again and hope to improve”

17.30 – Davis: “How important is it to improve after Ajax’s 4-0 and Napoli’s 4-1 victory? We know that the Champions League is difficult, but we want to start well as Napoli did: we have the fans on our side, we think positive and we hope to improve at Ibrox “

17.29 – Davis: “How difficult have the last few weeks been? A lot, we didn’t play over the weekend but we wanted to do it to improve. Let’s see now what happens”

17.22 – The conference will start in a few minutes. Everything is ready with the hall of the Ibrox Stadium already packed.

Rangers, Van Bronckhorst: “McLaughlin will not play, there is McGregor! For Napoli Osimhen serious loss, Kvaratskhelia is special. I say about Spalletti …”