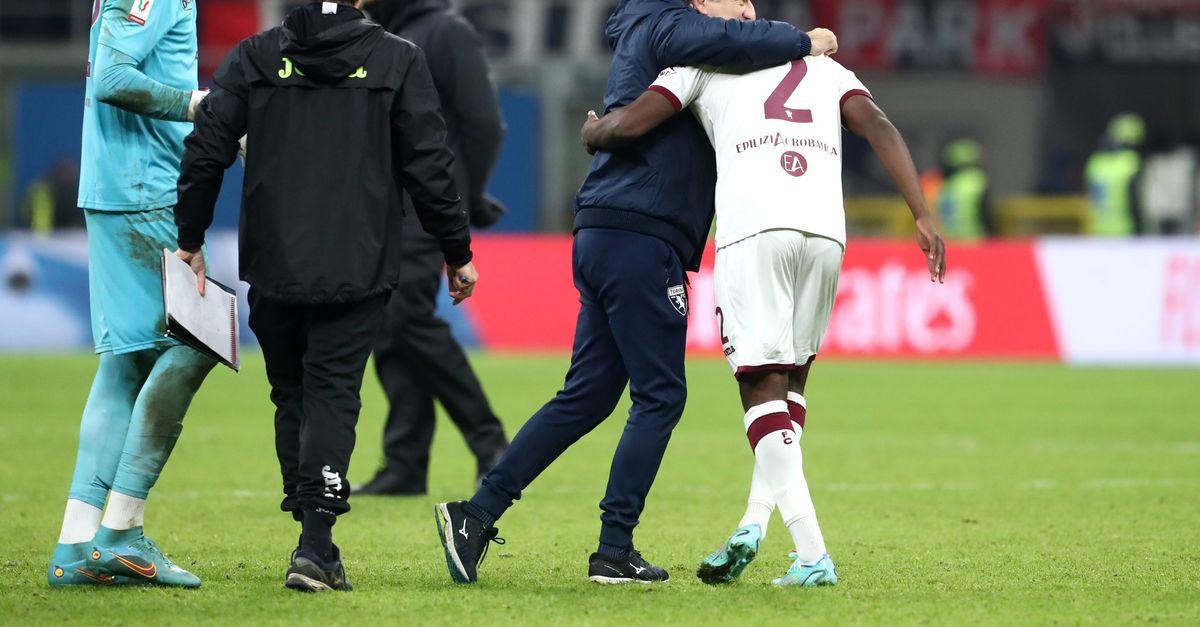 The former French fullback from Catanzaro had a general agreement with the Calabrian club, but the coach held back

Who knows how many times in Philadelphia he had dreamed of a game like this. With nine minutes on the season, Brian Bayeye he was certainly not an expected protagonist in the round of 16 of the Coppa Italia against Milan. But when called into question, thanks to the emergency on the outside lanes and an exhausted Singo, Bayeye didn’t bat an eyelid and sewed the leading role on himself, with that counterattack culminating with the assist that allowed Adopo to deposit the winning goal on the net.

Bayeye, from Catanzaro to the goal at San Siro

Since his arrival in Turin, Bayeye has always been forced to chase. On the other hand, it could not have been otherwise, considering the double jump in category faced in the transition from Catanzaro in Serie C to the grenade in Serie A. Sports director Vagnati bet on him, but the jump was demanding and the adaptation period was tough. Juric used him for a few minutes in the Italian Cup against Palermo at the beginning of the season, then nothing more, and also Rodriguez (who hadn’t played winger for a lifetime) had been preferred to him in Salerno. However, Bayeye performed well, indeed in an exemplary way according to Juric, and like him Adopo, who has a similar parable, having earned the chance in Turin after a move to Serie C: “They are two great guys. They never complained about my choices and always worked hard – the Croatian coach made his debut, and then revealed an anecdote – I was telling Brian the other day; when you behave like this, the opportunity arrives and life rewards you”. Having said that, assists at San Siro for the former Catanzaro, who commented excitedly at the end of the match: “I’ve learned a lot since I’ve been here, I come from Serie C so it takes me some time to get used to it and fit in, but we’re a good group and I feel good. We want to go all the way, there we believe”

Bayeye, the exploit and now the questionable market

Who knows, if the satisfaction of the assist in the Italian Cup is removed, Bayeye can’t hope for a debut in Serie A that hasn’t arrived yet. Meanwhile, the night at San Siro is an even more incredible injection of enthusiasm and confidence because until a few days ago his transfer to Reggina with the loan formula was just a step away. All done? Almost, because Ivan Juric hadn’t yet given his consent to let the French side leave, certainly thanks to the injuries of Aina and Lazaro and a Singo still at low speed. Even against Milan, the Croatian coach was forced to use Rodriguez as a winger, demonstrating how much a pawn on the wings can actually be useful. Bayeye struck a blow, now it’s up to the club and coach to figure out if he can be a credible backup to Singo or if it’s still better to let the Frenchman complete half a season in Serie B. In the meantime, Bayeye will continue to work, aware that if you work with professionalism and we believe it, dreams can come true from time to time.