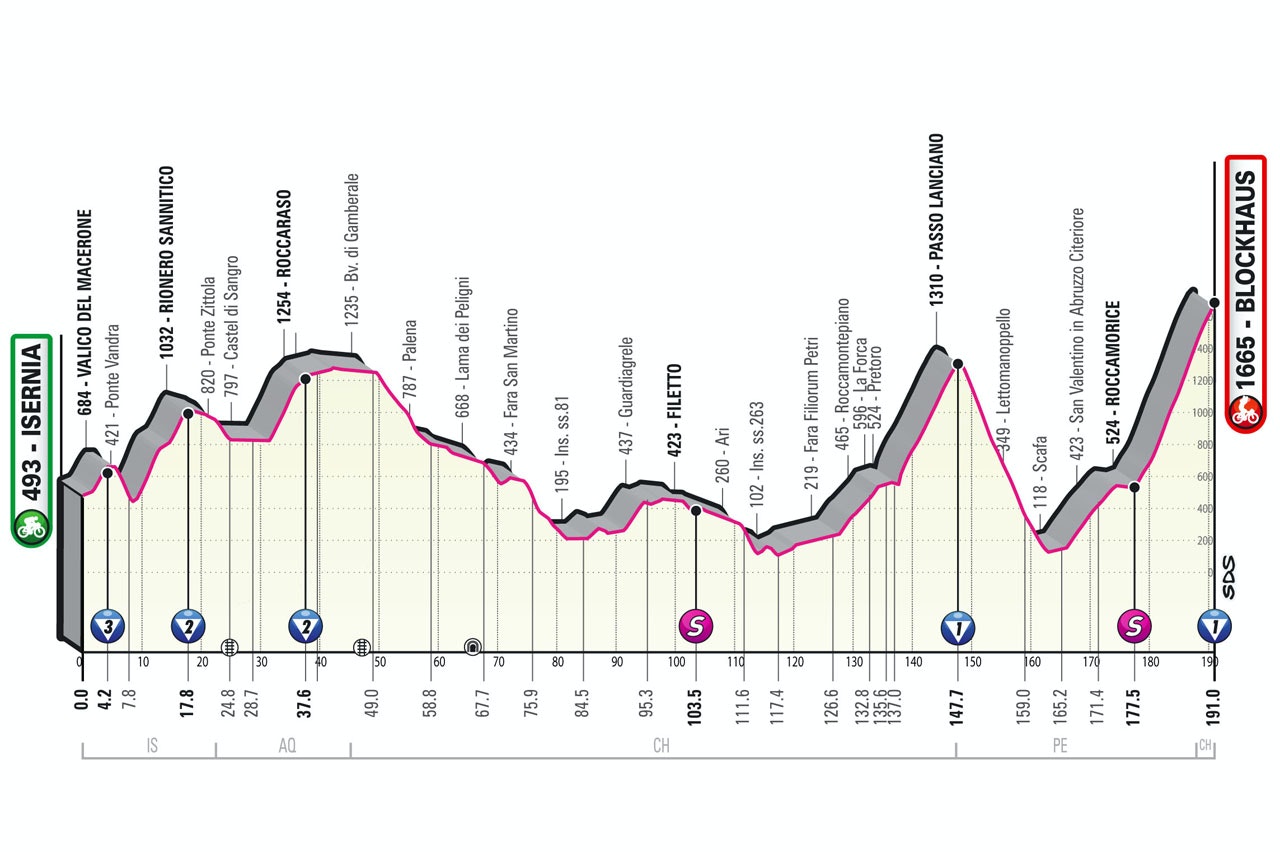 It is a Giro with a few time trial kilometers and with many climbs, even if almost all of them below the fateful threshold of 2000 meters of altitude, above which the importance of characteristics such as endurance and the ability to breathe well at altitude takes over. It is therefore above that altitude that usually the difference is made between those who simply go strong uphill and those who are instead a professional climber. A Giro, in short, which presents tough stages one after the other that can weaken the resistance of the contenders for the Pink jersey and enhance the basic skills of some of them.

After the first three stages on Hungarian soil, which will hardly remain in the annals, the Giro restarts from Sicily with the now classic arrival at high altitude on Etna. The 1358 meters of difference in altitude spread over 22.8 km could remain indigestible to some, even more so after the long transfer and the rest day, but hardly any favorite will want to go all in. Stage 7 on Friday 13 May seems perfect for some ambushes. There is not a meter of plain (4,500 meters of total altitude difference), the climbs are little known and the winding roads will facilitate the attackers. The double climb to the Blockhaus will end with a flourish the first week after the panoramic stage in Naples. The first ascent is from the “easy” side (despite a difference in altitude of 1200 m), while the second, from Roccamorice, will have peaks at 13-14%.

The second week will be a long transfer to the Alps, the stage of the Marche walls looks like the decaffeinated version of what we are used to seeing in the Tyrrhenian Sea and stages 12-13 with Passo del Bocco and Colle di Nava seem like the launch pad for escapes numerous but not very succulent from the point of view of the general classification. Turin stage 14 with the demanding circuit with double Superga and triple Colle della Maddalena enclosed in 80 km can be difficult to control. The following day, the not excessive slopes and the endless valley floors of the Valle D’Aosta should not hold any surprises (it must be said, however, that in a similar stage Carapaz laid the foundations for the victory in 2019). 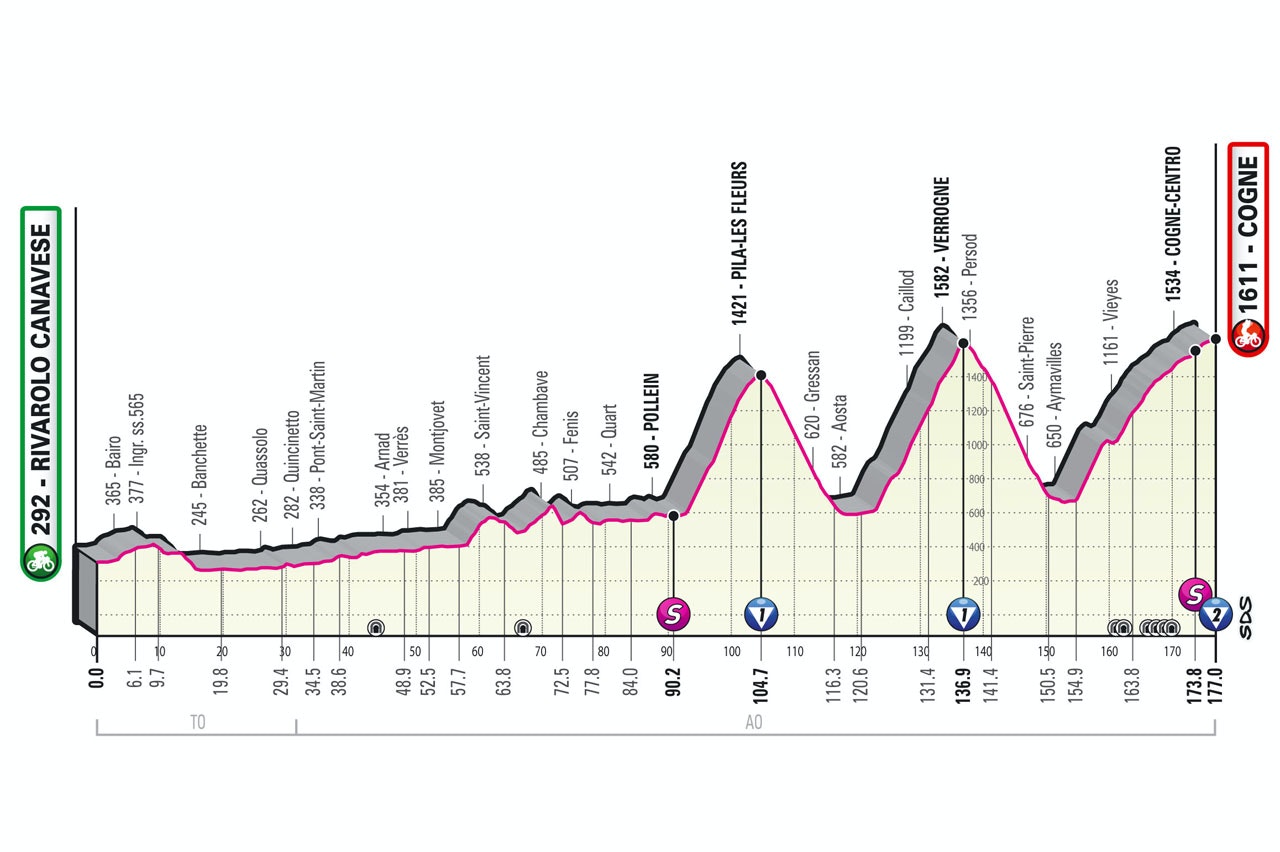 The stage that will close the second week. The last 15 km from Veyes to Cogne are a very long false flat at 3-4% of average gradient that could confirm or reverse the result.

The last week is the one that undoubtedly generates the most anticipation. It starts strong on Tuesday with the Crocedomini pass to open the road towards Mortirolo (from Monno, therefore sweeter) and the Santa Cristina pass before Aprica: 13 km never below 10%. Stage 17 will take us to Trentino with two first category GPMs, namely Passo del Vetriolo and Monterovere: long climbs (12 and 8 km respectively) and hard (average gradient 10% and peaks at 12-15%).

Stage 19 with the encroachment into Slovenia seems to have been designed specifically to test the challengers in the final climb towards the Castelmonte sanctuary in view of Saturday’s grand finale: San Pellegrino Pass, Pordoi Pass (Coppi peak with its 2,239 m) and Fedaia Pass. This is where a large part of the Giro standings will be decided. From Malga Ciapela to the finish there are 6 endless km constantly above 11% with peaks at 18%. 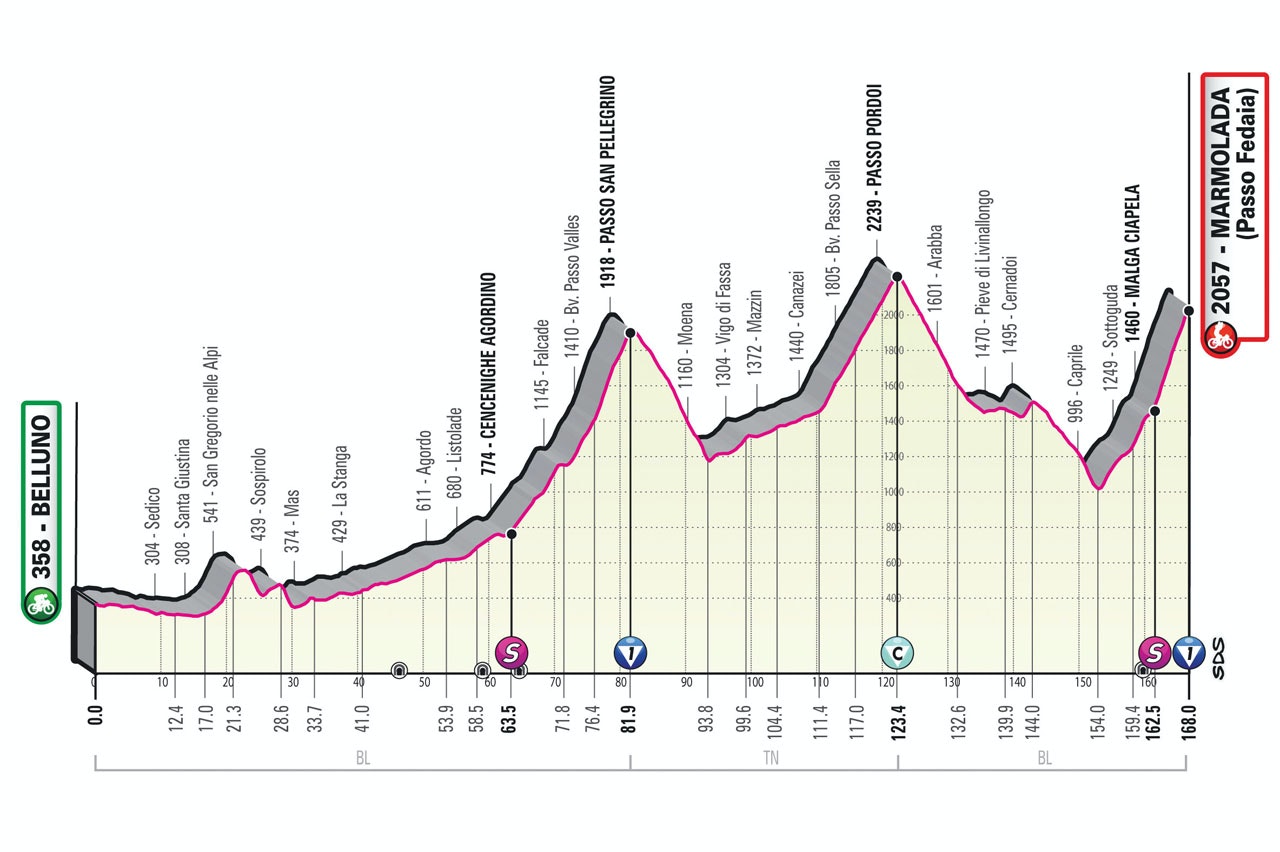 The profile of the last stage in line that will probably decide the fate of this edition of the Giro d’Italia.

Finally, the Verona time trial will close the Giro with the traditional Torricelle climb and the parade inside the Arena, but it will be difficult to recover more than 20-30 ”in those last 17.4 kilometers.

Unofficial guide to the Giro d’Italia 2022