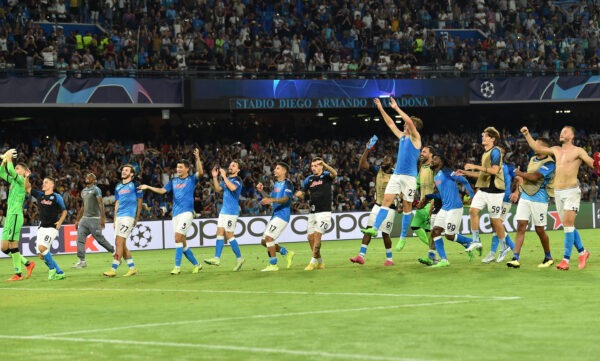 WHERE TO SEE RANGERS NAPLES – The Naples return immediately to the field in Champions League: after the great victory last week against Liverpool at the Maradona, this time the Azzurri are guests of Rangers. The game, initially scheduled for Tuesday 13 at 21, was postponed by 24 hours for reasons of public order: in Scotland, the coffin of the Queen Elizabeth II. Furthermore, UEFA, in agreement with the British government, has also decided to close the guest sector And prohibit the trip to Neapolitan fans: i tickets will be refunded from the blue company.

How the teams arrive at the match

Wednesday will be there first ever match between Napoli and Rangers. The Azzurri, in their history, have only faced theHibernian as a Scottish club in official matches. In Cups of Fairs 1967/1968Napoli took the field with people like Zoff, Cané, Sivori, Juliano and Altafinibut this did not avoid the heaviest defeat of the club in European competitions: the Neapolitans lost 5-0 in returning to Scotland, after having won 4-1 at the San Paolo.

Returning to the present day, the Naples it is unlikely that he will be the protagonist of another debacle: the Azzurri are clearly favorites and come from a good moment of form. Spalletti’s guys are currently first in the standings with 14 points won in six games and their debut in the Champions League have destroyed the Liverpool vice-champion of Europe for 4-1. Seven games and more zero defeats: Napoli hopes to keep this tally positive even after the Glasgow match.

The situation is a little different for i Rangers: the Scots are returning from two consecutive defeats for 4-0suffered from Celtic in the league andAjax on the first day of the Champions League. The team coached by Dutchman Giovanni van Bronckhorst is currently second in the standings with 13 points, five points behind leaders Celtic. Rangers are definitely the loose cannon of Group C, but if they want to try to hope for at least a third place (which would be worth the Europa League play-offs), they will have to try in every way to score points in the friendly walls.

Where to see Rangers Napoli on TV and streaming

For those who want to follow the match in streaming on their smartphone, tablet or PC, it will be possible to do so on the application Sky Go or by purchasing the “Sport” package on NOWSky’s live and on demand service.

However, the race will not be broadcast only on Sky: in fact, Rangers-Naples will also be visible on Channel 5. Good news for the Azzurri fans who will be able to follow the match in the clear. Also as regards the streaming it will be possible to see the match for free on the site Sportmediaset.it.

Where to see Rangers Napoli on TV and streaming