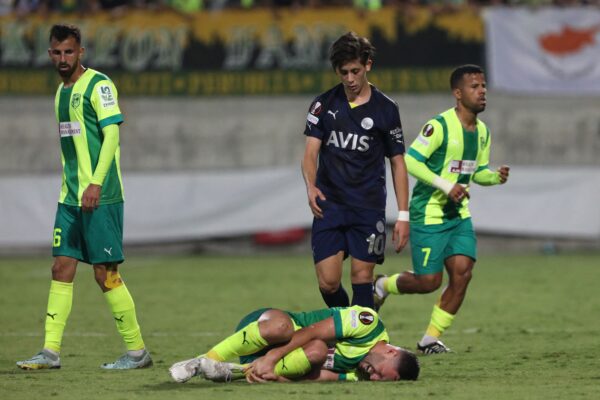 NAPLES GULER – The blue club stood out in the De Laurentiis era for its tendency to buy players targeted and functional to the Naples project.

The club’s goal would be to continue along these lines, bringing semi-unknown players with great potential to the shadow of Vesuvius. In this way, Napoli would guarantee possible long-term investments and in the meantime, the great privilege of not burdening the corporate coffers excessively with too onerous salaries.

Clear examples of this planning are the strokes Kim And Kvaratskhelialittle-known footballers until 6 months ago, who are now surprising fans and insiders with their extraordinary qualities.

Hoping to provide coach Luciano Spalletti with an increasingly competitive squad, Napoli have set their sights on three players of the Fenerbahce: the midfielders Ferdi Kadioglu And Miguel Crespoand the young attacking midfielder Arda Guler.

Born on 25 February 2005 in a small village in Turkey, in January 2019 he moved from the Genclerbirligi youth team to Fenerbahce, a team he has always been a fan of.

His debut with the first team comes on 19 August 2021, under the technical guidance of Victor Pereiraon the occasion of the Europa League play-off match won 1-0 against l‘HJK. Three days later he also made his debut in the Süper Lig, the Turkish Serie A, in a 2-0 win against‘Antalyaspormatch in which he also finds his first goal.

1.76 meters tall, the 17-year-old is a modern midfielder, gifted with excellent technique and champion-like insertion times that lead him to shoot on goal several times in the 90 minutes.

Guler is a left-handed attacking midfielder, comfortable playing centrally behind the striker like a “10”. However, the 2005 class can also play as a midfielder, both right and left, in a three-man midfield.

Much of the creative burden of the Fenerbahce is placed on the young midfielder’s shoulders, stemming from impressive technical quality, self-confidence and courage from the talented 17-year-old.

The midfielder loves to push forward looking for depth. Gifted with excellent dribbling, Guler leads his team aggressively and confidently on the pitch. Also good at insertions, he often detaches himself from the ball to attack the opposing penalty area in an attempt to finish on goal.

This season, Guler played 13 games (of which many clips), realizing 3 goals and 1 assist. The Guardian put him in the list of 60 top talents born in 2005.

Arda Guler, cost of the tag

The talented born in 2005 already has an assessment of the card that is around 10 million euros. This is not an excessively high figure that could be appropriate for the Naplessince, given the young age, one could then aim for a capital gain in the future.

In the Naples current could play the role of deputy Zielinskybut thanks to his flexibility he is able to vary throughout the midfield department.

Who is Arda Guler, the talent that Napoli likes