AGI – Acquiring control of gene expression would allow the development of techniques aimed at the reconstruction of damaged tissue, opening up new possibilities for regenerative medicine. Scientists at Duke University have taken an important step in this direction, having published an article in the journal ‘Stem Cell’ to disclose the results of their work. … Read more

A new hope of treatment for HIV-infected children comes from the Bambino Gesù Pediatric Hospital on the eve of World AIDS Day, 1 December. Doctors and researchers have managed to develop a new procedure capable of characterizing the residual viral load and the associated protective immune response present in patients, identifying those children in which … Read more

The partial solar eclipse reached its peak about an hour after its start: from Italy the darkening of the solar disk varied from 22% to 29%, with the Regions of Friuli and Veneto privileged compared to Sicily and Sardinia. The exact moment of maximum darkening was also slightly different depending on the location from which … Read more

Artist’s impression of the impact between the planet Theia and the Earth, which gave rise to the Moon (source: NASA’s Ames Research Center) © ANSA / Ansa Not years or months: it took a few hours for the Moon to take shape from the carom of debris generated billions of years ago by the catastrophic … Read more

The 2022 Nobel Prize in Physics was awarded to Alain Aspect, John F. Clauser and Anton Zeilinger, pioneers of quantum information. The French Alain Aspect, the American John F. Clauser and the Austrian Anton Zeilinger received the Nobel Prize for having laid the foundations for the future of information and communications: their experiments on the … Read more 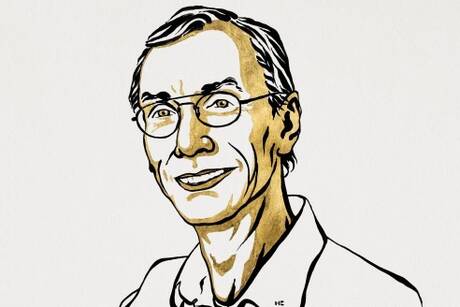 The 2022 Nobel Prize in Medicine was awarded exclusively to 67-year-old Swede Svante Paabo, for his discoveries on the hominid genome. Born on April 20, 1955 in Stockholm, Paabo can be considered a sort of DNA archaeologist. He has, in fact, opened a new field of research, paleogenomics. Pääbo is credited with having tackled one … Read more

In the DNA the secret to aging in good health (sources: Pixabay DNA image, SHVETS production elderly) © ANSA / Ansa The recipe for the longevity is more complex than expected: the list of genetic ingredients it can in fact vary according to sex and age. This is demonstrated by a maxi studio conducted on … Read more

The days are not always the same because the Earth does not always rotate perfectly at the same speed: almost imperceptible variations of milliseconds which, however, can create problems for computer and scientific systems and for this reason require periodic synchronization of the ‘world reference clock’, the UTC . 27 changes in just 50 years, … Read more