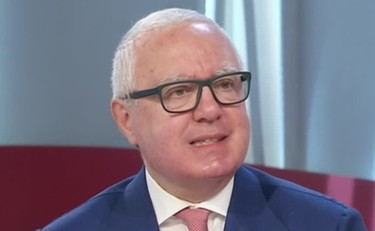 The world changes quickly and Italy, gripped by internal quarrels, does not realize how dangerous the current moment is. We talked about it with the strategy expert Andrea Margellettipresident of the CE SI (Center for International Studies) of Rome.

Dr. Margelletti, after the NATO summit in Madrid are we heading towards a new polarization of the world?
“It is a polarization only on the West side, there is no Russian-Chinese Eastern bloc. The agreement between Russia and China is temporary, based on converging interests, in fact there is competition between them too. In the Western field, however, the common adherence to democratic values ​​prevails, which also applies to the Pacific nations invited to Madrid, such as Australia, Japan, New Zealand and South Korea. What strengthens the Western field is the great concern, felt in Europe and Asia, for what the Russian invasion of Ukraine means. The parallel with China goes without saying, considering the continuous incursions of Chinese military aircraft near Taiwan, the island that Beijing considers a rebel province ».

Is it possible that, as the dean of US diplomacy, Henry Kissinger, hopes, relations with Russia can be recovered by the West, reintegrating it into a bed of European relations and detaching it from China?
“At the present time, I think not. It will certainly not happen with the leadership still in power in Moscow. Maybe it will happen in the future, with another leadership. But talking about a change of management in the Kremlin is risky, like a lottery. For now, a concern spread to all democracies prevails, dictated by the fact that the world has become small ».

What do you mean?
«The strategic concern today has global dimensions due to the globalization of the last 30 years. It wasn’t like that before. For example, in 1970 the Vietnam War was remote and distant for the Italians. Today, like the conflict in Ukraine, a conflict in Asia would also be a threat to Italian interests, given today’s interdependence. We have already seen this with Covid. From 1918 to 1920 the Spanish flu caused many more deaths than Covid, however its consequences for the world were more limited because each country was quite closed “.

So does the conflict that began on February 24, 2022 symbolize a new world?
«The war in Ukraine is a gigantic level, nothing will ever be the same again. But in Italy they don’t understand it. For decades we have thought that everything should be subordinate to the economy and that economic interest should guide politics. It is not so. War proves that safety comes first. Even today it is serious that Italian politics and the press speak only of the economic repercussions of the sanctions, without saying what we really risk. Let us realize that the possibility of an extension of the conflict to NATO, and therefore to our country, exists. We could find ourselves at war in two weeks or three months. But the Italian political class does not understand this ».

Whether the carnage risks touching our homes also depends on how long the conflict will last. Are sanctions useful? And are the arms supplies to Ukraine enough?
“The sanctions have never defeated anyone. At most they have only weakened. The game is played on the pitch. The armaments given by NATO to Ukraine are insufficient.
We are limited to hoping that Russia, sooner or later exhausted, will come to terms with Ukraine. But weapons are not enough because there are not enough of them in Western arsenals.
In recent decades, we have structured our armed forces as nimble, lightly armed units for counter-terrorism missions. We give few weapons to Kiev because it is our own soldiers who warn that we would end up running out of them ourselves, putting ourselves in danger ».

In fact, let’s think of heavy rocket launchers. Ukrainian President Volodymir Zelensky would like 300, but the entire US military would have 900 M270 and 375 M142. He cannot give Ukraine a quarter of this strength. Worse still is Italy, which has only 22 M270. Also Italy, has only 200 Ariete battle chariots of which 80 are active and the rest in stock. Are we at this point?
“In fact, it is a very important point, never addressed by the Italian press, because the scarcity of weapons in the western and Italian arsenals exposes us to very high risks in the event of war. Our political class should allocate emergency funds for defense. To build 350 new tanks, for example. The tragedy is that it takes time to produce new wagons, but there is no time. It may take not 10 years, but 3 months! In Italy they must understand that foreign and defense policy is linked to national interests and has no party. It is serious that the credibility of our country depends on three people, Prime Minister Mario Draghi, Foreign Minister Luigi di Maio and Defense Minister Lorenzo Guerini. Relying on a handful of people and not on a collective system of geopolitical and strategic skills is uncertain. What would have happened if Di Maio had wanted to maintain the original positions of the 5 Star Movement at such a time? In Italy there is a problem of the ruling class ».

Among other things, does it not seem serious to you that the Spanish Prime Minister Pedro Sanchez, rather than our government, raised the alarm on Russian penetration into Africa at the NATO summit?
“Of course, and yes, for years the Russians, through the company of mercenaries Wagner, have expanded their influence on our Southern front. They started in Libya, on the side of General Khalifa Haftar, and gradually penetrated Mali. Central Africa, Mozambique. All against Italian interests ».

To close, will the siege of sanctions push Moscow to grab the immense resources of the Arctic?
“He is sure he will. For years the Russians have reopened many bases in the arctic regions and control the sea route along the North of Eurasia, which has become strategic again, both for commercial and military purposes, due to the thaw on the tundra coasts. There is a strategic void between the polar ice sheets that only Russia is filling. These are regions where islands and the seabed are rich in resources that are still unexplored, from hydrocarbons to rare metals. Russia has far more icebreakers than the United States. That is all to say ».

Andrea Margelletti, weapons in Kiev? “What is really happening in Italy”, alarm and shock