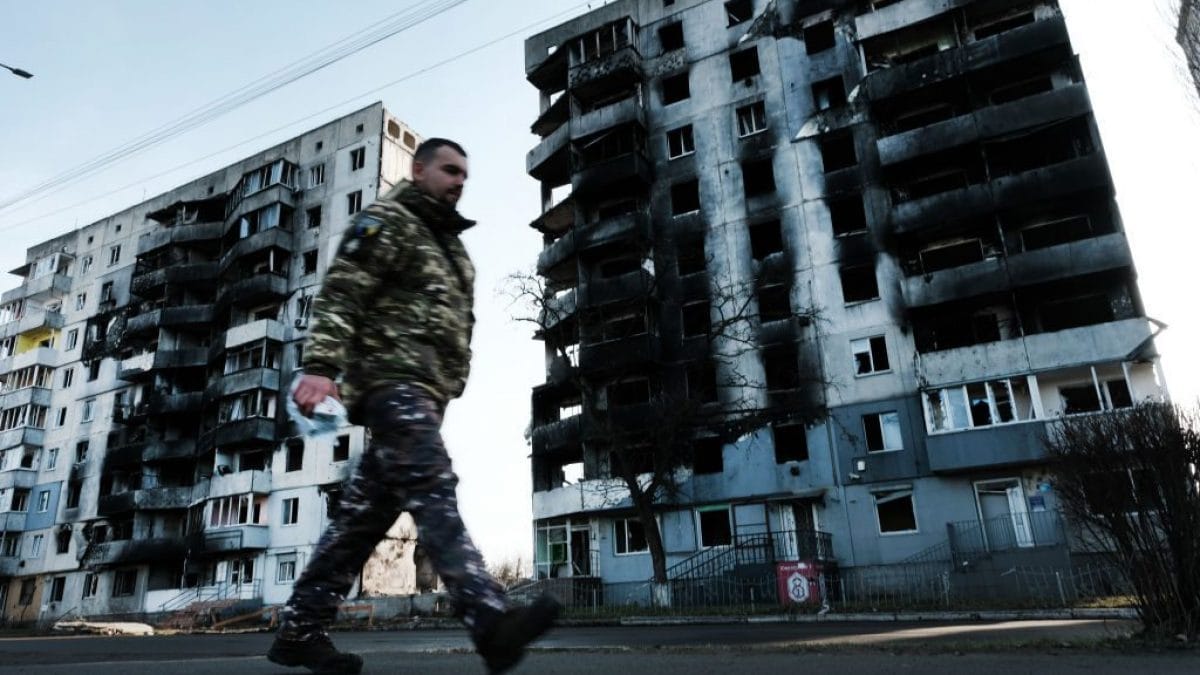 The massacre of the conscripts is “the fault of indiscipline” and unleashes “the hatred of warmongers and pacifists against Putin”. While Russia “is running out of capacity”. “We don’t produce enough ammunition.” And “after the big battle in February” there will be a ceasefire. The interview with the most authoritative military expert in Moscow.

“An entire regiment decimated”, due to the “lack of discipline and leadership” in the armed forces. That soon, especially due to Russia’s insufficient capacity to produce weapons and ammunition, “they will no longer be able to sustain a conflict that has turned out to be much more intense than expected”.

This is the analysis of one of the leading defense experts in Vladimir Putin’s country. According to the analyst, with the attack on Makiivka Ukraine has achieved political as well as strictly military goals.

It has in fact rekindled the criticisms of the most warmongering militarists against the Kremlin, accused of a disastrous conduct of the conflict. And it also triggered anger and grief in the Volga region, where the fallen came from.

Both circumstances could contribute “to a future fall of the Moscow regime,” says our interlocutor. “2023 will still see a big battle, probably in February, but it could be the last year of this war.” Fanpage.it spoke to the dean of Russian military analysts.

We respect your request to remain anonymous: your family has problems with the authorities and has been hit by terrorist attacks in the past. He answers the phone for us from his home in Moscow. We’ll call him Ivan – the name of the toy soldier of all Russia’s wars. The last ones, “our” Ivan knows them very well.

A regiment housed in a three-story civilian building undefended and exposed to enemy fire. But what do Russian officers have in mind?

Our armed forces lack discipline and lack leadership. And this cost the decimation of an entire regiment. It doesn’t mean that everyone was killed. But certainly that military unit is no longer able to fight.

The Russian Defense Ministry speaks of 63 dead. It is nonetheless among the heaviest admissions of losses ever admitted by Moscow. But they are not the 400 that Kyiv is talking about.

The figure admitted by Russia certainly does not include those who were not immediately identified, nor those who died later in hospital, nor the so-called “missing”. Those of the Ministry of Defense are always extremely conservative data. The dead are certainly many more than 60.

But what happened, Ivan? Would it have been avoidable?

From what I understand from my sources, the mobiks, the conscripts, were celebrating the New Year. Which is by far the most important holiday for Russians. They were drinking and shooting in the air and calling home all the time. Actions that made him an easy target for the enemy. The officers should have prevented all this. And I understand that the external conditions of cold and humidity prompted them to choose a comfortable civilian building to rest their troops. But they should have come up with a less stupid solution.

What did they hit the Ukrainians with? There is talk of as many as 25 Himars missiles launched on the Donbass on New Year’s Eve.

It is more likely that the Makiivka building was hit by GPS-guided howitzer artillery pieces. We are close to the front, the range is certainly sufficient and the howitzers are more effective than the Himars, to destroy a building. I have information that the goal was achieved by five or six shots. It’s unlikely they were missiles. Six Himars are not wasted against such a limited objective. There was then a secondary explosion as an ammunition dump was incautiously close to where the soldiers were. In my opinion they were howitzers with latest generation GPS guidance systems.

How are the two sides, missiles? Many observers say the Russians have few left.

Surely Ukraine has the advantage, thanks to Western supplies. Russian reserves are running out, when it comes to the most advanced weapons. But there remains a large assortment of Soviet-era missiles. They won’t be accurate by contemporary standards but can still be used successfully. For example, the S-300: it is an anti-aircraft defense system, but since its conception a ground-to-ground use has also been foreseen. They were made in large quantities in the USSR. And then there are the more modern X-32s, which are part of the armament of the Tupolev Tu-22 bombers. Again, the intended use was different: these are missiles designed to strike aircraft carriers or to carry tactical nuclear devices. But they can very well be launched against terrestrial targets. Indeed, in this way they do not run the risk of being confused by radars, as happens instead at sea. X-32s could miss a land target by a hundred yards or more. But the effects are devastating. And the range is over 600 kilometers: they can therefore be operated comfortably from outside Ukrainian airspace. And then there are the Iskanders, the Kalibrs and some nuclear carriers that can be thrown at the enemy as a shock mass, once deprived of their atomic warheads.

The Russian military is improvising. And they put their hand to the warehouses of the Soviet Union, to get by. Ammunition is a problem that may soon become insurmountable. Russia lacks the industrial capacity needed to keep up with a high-intensity war. You don’t make enough artillery shells. It’s a problem that has emerged since the 1990s. I have been present at meetings of defense and military industry leaders where the issue was raised. Never solved since. Only the production of ammunition for small arms is fair at the moment. The fact is that no one in Moscow even remotely imagined a war of this level of intensity. It was not thought that ammunition could become a problem.

There are always Iranian drones.

Useful. Ironically, we are also trying to buy old Soviet shells from North Korea. But all this will not cover Russia’s production capacity problems. Let me give you an example: the only real gunpowder factory left is that of Perm, founded in the times of the Tsars. An old and inefficient establishment. The fact is that from the last years of the USSR onwards, the Russian war industry suffered a formidable deterioration, from which it has never really recovered. I’m not saying it disappeared, but it specialized in high technology. The serial production necessary for a war like the one in progress is completely insufficient.

Meanwhile, the most warmongering militarists are unleashed against the military responsible for the conduct of the conflict. After the attack on Makiivka they literally insulted the generals and the government. Is this also a success of Kyiv?

Ukraine with Makiivka has achieved a military success and at the same time a double political success. The hawks now hate the Kremlin for the way it conducts war, and this could be the beginning of serious problems for Putin. And the families of the fallen soldiers, almost all from the Volga region, add their grief to their anger and add to the ever-increasing slice of society that is fed up with this absurd military adventure. The president could end up being hated by both those who wanted war and those who never did. A situation that in the long run could turn out to be like the one Serbian President Milosevic found himself in after the wars in the former Yugoslavia, and which cost him much more than the seat.

However, it seems to me that we are far from a revolutionary situation in Russia.

It will depend on how the war goes and how the political and social pressures begin to emerge. But even in 2017 the sovereign found himself hated by both warmongers and pacifists, by the military and by the civilian population.

But I don’t see a Lenin on the horizon. Without detracting from the Russian opponents in jail for their ideas.

Even in 2017, at the beginning of the revolutionary events, there was no Lenin. Lenin was still in Switzerland, and few knew him. But when things take a certain turn, the Lenins emerge overnight.

I expect a big battle in February when the ground is frozen and will allow for the necessary movement. Kyiv will take the initiative, with an offensive. Our army is preparing for this, it now has the necessary number of soldiers. It will probably contain the offensive and counterattack.

Where will the battle take place?

In the south of Ukraine. Exactly where, it is difficult to predict. A lot of misinformation will be circulating before the confrontation: each side wants to gain the advantage of a tactical surprise. There will be diversionary maneuvers before the decisive blow.

Who will win, Ivan?

War is not very predictable.

But could this war end one way or another in 2023? We talked about Russia’s production capacity problems and possible political and social pressure on the Kremlin. Could they get the invader to negotiate a reasonable peace?

I don’t think the war will last long. Probably ending this year. Technically, Russia is running out of its capability (capacity, resources and military strength combined with the will and the real possibility of using them, ed). And the West is also trying to avoid further military escalation. After the big battle in February, a ceasefire may be possible. Under what conditions, will depend on the outcome in the field.

“Because the war between Russia and Ukraine will end in 2023”: the prediction of the Russian analyst