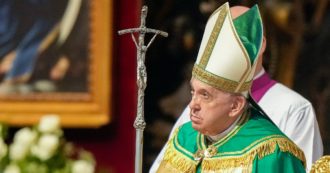 Postponed – to avoid political misunderstandings – the journey to Jerusalem, where the meeting with Patriarch Kirill was scheduled, the visit to the Democratic Republic of Congo and South Sudan (due to knee inflammation) postponed, Pope Francis was stopped for a few weeks. But now he is ready to get back on the road. On the 24th of this month he will travel to Canada, where he will stay for six days. He will ask forgiveness for theoppression of indigenous children in the notorious Catholic “residential schools” (but not only), where they were forcibly enrolled in the last century.

The pontiff has already visited over 50 countries around the world. The long list goes from Albania to Thailand, from Sweden to Madagascar, from Brazil to the United Arab Emirates. There is Northern Europe (Ireland, Sweden), there is Eastern Europe (Poland, Romania, Bulgaria, Hungary, Lithuania, Latvia, Estonia, Slovakia), there is Balkan Europe (Albania, North Macedonia , Bosnia and Herzegovina) and the Mediterranean: from Malta to Greece, from Cyprus to Turkey.

A huge one stands out in this network of routes white spot, Western Europe. The historical nucleus that built Catholicism, once the apostles Paul and Peter according to tradition moved from Jerusalem to Rome. There was a logic in the planning of papal travels implemented by Francis after his election. Go towards peripheries of the world, to value the universality of catholicity – the same impetus that prompted him to give the purple to a bishop of the Tonga Islands or, recently, to the nuncio to Mongolia – without indulging in antiquarian nostalgia for “very Christian” France or “apostolic” Spain of a time or the Austria of the “holy” Roman empire. An understandable choice. But in the tenth year of Bergoglian pontificatewhile the preparation of the world synod that should reshape the physiognomy of Catholicism in the 21st century is underway, it is obvious that old Europe has also become periphery for faith. A suburb where the splendor of cathedrals covers the desolation of abandonment – vertical fall of priestly vocations, massive contraction of female religious orders, flight from confession, catastrophic decrease in attendance at Sunday mass – highlighting existential crises and systematic and growing difficulty in recognizing oneself in tradition and in the ecclesiastical structure.

Pope Francis: “Resign? He never crossed my mind. I don’t have cancer and I would like to go to Ukraine and Moscow “

The semi-deserted churches Sunday in the city, the country parishes where one wonders “who will remain when the old parish priest has died and the affectionate nucleus of the elderly disappeared?”, the desperate search for clergy to import from Eastern Europe, Africa, Asia, the estrangement of a considerable part of the new generations, the abandonment due to tiredness of faithful who have lost their enthusiasm … All this testifies that the nations once the architrave of Christianity in Western Europe (Spain, France, Italy, Germany, Holland, England, Austria) are anything but “center”. They are now a space where faith has become socially peripheral. A space in which the figure of the Roman pontiff perhaps continues to dominate because he is an international protagonist and media interlocutor capable of expressing concepts, needs, values ​​that affect public opinion, but where the bishop is often an illustrious unknown and the local Church hardly affects the socio-political reality. What Archbishop Bergoglio already illustrated before his pontificate has happened: the pastor is not forced to seek the only one lost sheepbut only one sheep remained in the pen while the other 99 scattered outside.

The same phenomenon as the national-clericalism it reflects a religion that follows politics instead of guiding it. In Germany, another 350,000 faithful left the Catholic Church last year: they canceled themselves from the automatic sectarian taxation system. Dissatisfaction, fatigue, rebellion for non-current ecclesial reforms, dissent towards reformism, fiscal selfishness? The fact remains that the bleeding continues through an act that is officially qualified as “Leaving the Church”. In France, the great consultation launched by Pope Francis in view of the world synod of 2023 involved just ten percent of practitioners (average age 70), with a widespread absence of young people. For years, the data indicate the progress of one great famine faithful practiced. In France, attendance at Sunday mass is 3-4 percent, in Spain it is only 10, in Germany it is 9. In Italy the phenomenon of non-adherence to any cult has exploded: one third of the population. While I young non-believers they reach over 40 per cent, reaching 48 in some age groups.

If Francis seeks existential peripheries, regions where faith lived according to Catholic practices and structures survives with considerable difficulties, he must not go far. 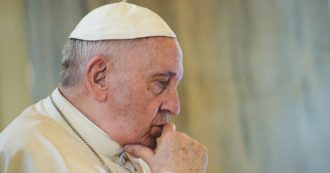 Old Europe, this is the sentiment of many Catholics in the western part of the continent, is now waiting for Francis and needs him. Also because another element highlights the “abandonment” of old Europe. The dramatic two-year period of pandemic Covid, with the closing of churches and the transmission of masses at a distance, has meant that not all returned to the rites once the temples reopen. A fringe of the faithful got lost along the way. And a further phenomenon is coming forward: the difficulty of finding themselves conceptually in the ritual mystery of the Mass by young people, who are also ready to engage in voluntary work, animated by Christian ideals.

This rift between understanding the Eucharistic celebration and ideal impetus in society is just beginning (or has only just now been realized), but it can certainly be fraught with consequences. This is why a good number of Western European priests and faithful would like to see the Pope finally among them.

At the same time there is also a geopolitical reason, which could suggest to Bergoglio to move in this direction. The war in Ukraine is screwing into an escalation of which neither the aims nor the end are in sight. Only from the nucleus that founded the European Union can a jolt of reasonableness come that opens the way for a real negotiation for a ceasefire and lays the foundations for a compromise, overcoming the excited climate of “holy war” that reigns in London, Poland, the Baltic countries and part of the Washington establishment. This is why it is important that Francis’ No to a “world divided between conflicting powers” and the urgency of a peace negotiation resound with his voice in Paris, Berlin, Madrid, Brussels, Vienna.