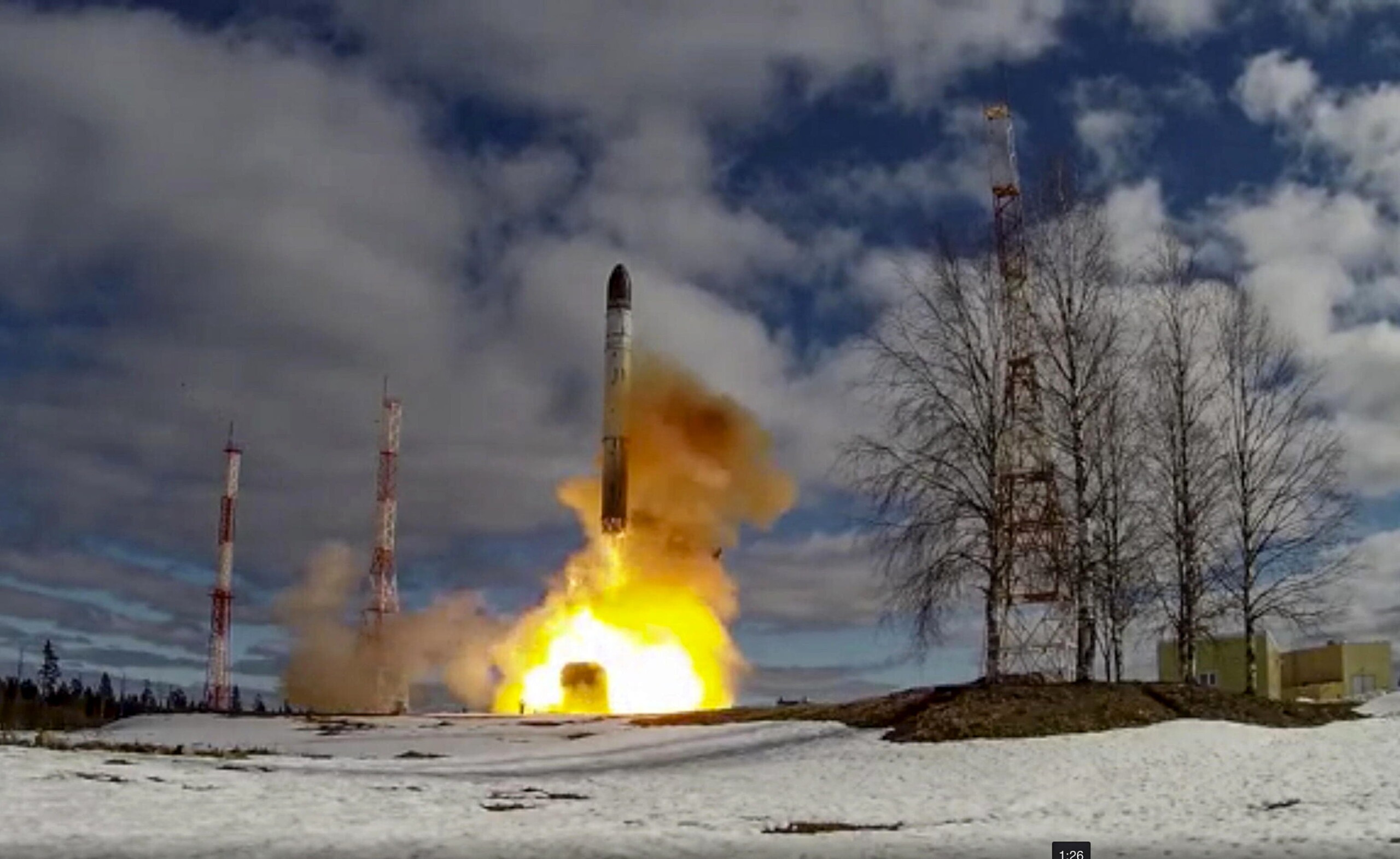 With the counter-offensive the Ukrainian war wanted and implemented by Vladimir Putin’s Russia last February 24, it reached a turning point. The Ukrainian military advances, regaining kilometers in almost the entire eastern region, retaking villages and cities, forcing the enemy to flee. The rapid Ukrainian counterattack has shown the Russians’ vulnerability and military weakness more than we expected, displacing the Russians themselves, and now one wonders how Moscow will react and how this war will go on. It is not easy to understand the real intentions of the Russian president. But the risk feared by many is that in the face of the imminent prospect of defeat, it could use nuclear weapons. Putin, cornered but apparently not yet ready to resign himself, could he now really use the atomic bomb, with a targeted attack on Kiev?

First an anecdote. In the St. Petersburg-Leningrad of the 1950s, under very modest living conditions, Putin played at hunting rats. In the autobiography written with some journalists in 2000, the “tsar” recalls an episode of his childhood of him: one day he chased a mouse with a stick, forcing it into a corner on the stairs of his palace. The rat reacted against “the aggressor” and ran away. “Everyone should keep this in mind: never put someone in a corner”, says the Russian president. A kind of life lesson for him, who now finds himself cornered just like that famous little mouse. If he were to react in an “unpredictable” way (here we have hypothesized three possible scenarios) we will understand this in the coming weeks.

The tactical atomic bomb risk in the Russia-Ukraine war

What we do know is that already at the end of February Putin ordered to put them on maximum alert deterrence forces Russia, including nuclear ones, after “aggressive declarations” by NATO and severe sanctions from Europe against the Russian economy. Putting the Russian deterrence forces on alert means preparing for a series of counter-offensives, including nuclear weapons, as we have explained. here. It is a modus operandi that was staged several times in the years of the Cold War, when the nuclear threat guaranteed the balance of terror between the two opposing US-USSR blocs.

Today, political and military analysts continue to believe that Russia’s use of nuclear weapons in Ukraine is unlikely, despite Vladimir Putin’s recurring threats (or bluffs) since the invasion began. On the other hand, NATO has always admitted that, in the event of a nuclear attack, there would be an automatic and proportional response. And Russia, exhausted after so many months of war, would not have the strength to bear the obvious reaction to such an initiative. However, the risk of Moscow using its large nuclear arsenal exists, all the more so now, after six months of fighting and with a reversed war scenario.

The “Blitzkrieg” and the 7,000 Russian prisoners: this is how Ukraine is reversing the war

“What American and European politics tried to avoid was to induce Putin into an unconventional confrontation, nuclear in particular, especially since the Russian doctrine specifically provides for the use of tactical nuclear weapons, that is, nuclear theater weapons. with limited scope, to avoid a conventional defeat “, he has declared Ambassador Stefano Stefanini, former diplomatic adviser to President Giorgio Napolitano. “Several times – argued Ambassador Stefanini – both Putin and Foreign Minister Lavrov have evoked the word nuclear. This specter exists. We must avoid putting the Russian president on the corner, because in that case his reactions they could be unpredictable. We have to pay attention to the arsenal in the hands of Moscow, the risk is that he will use it. “

The threat of a targeted nuclear attack launched by Putin to erase all types of resistance is also considered concrete by Andrea Margelletti, geopolitics expert, president of Ce.SI-Center for international studies and advisor for security and counter-terrorism policies of the Ministry of Defense. “If the Russians do not break through in the Donbass there is a risk of using a tactical atomic bomb like those dropped on Hiroshima and Nagasaki”, he said Margelletti in May. Now, in fact, the scenario has changed, with the Russians retreating from some cities in the north-east of Ukraine. “After the tactical atomic bomb there is the strategic one that can destroy an entire nation – continues the geopolitical expert -. But at that point it would be the beginning of the end of the world, because as soon as Putin drops his atomic another one of equal or superior power reaches him in Moscow. And if the global war begins, humanity dies “.

What is a tactical atomic bomb

But what is a tactical atomic bomb and what is the difference with a strategic atomic bomb? While there is no conventional distinction between “tactical” and “strategic” nuclear weapons, the former have reduced destructive potential and represent a more “limited” use of nuclear weapons. The distinction mainly concerns the purposes for which they are used. Tactical nuclear weapons are tested less powerful, usable not to achieve maximum destruction, but to achieve tactical objectives on a smaller scale (for example to destroy a column of armored vehicles, or to disable enemy aircraft carriers).

The bombs dropped during the Second World War by the United States in Japan, on Hiroshima and Nagasaki, had a relatively small power, 15 and 20 kilotons: today they could be considered tactics. Those defined as strategic, on the other hand, are the most powerful nuclear warheads: they can release an energy of hundreds of kilotons and cause unimaginable damage, as well as probably provoking an equivalent response from other states. It would be the end of humanity.

The Russian army has already carried out some exercises with simulated missile attacks capable of carrying nuclear warheads in the western enclave of Kaliningrad, located between Poland and Lithuania. In one of them, last May, the simulation involved single and multiple attacks against targets such as airports and command posts of a fake enemy. About one hundred soldiers – reported the command of the Baltic fleet – have ventured into the simulation of launches against “missile systems, airfields, garrisons, stocks of armaments and command posts. After completing the electronic launches aimed at averting a potential counterattack,” the troops carried out a redeployment maneuver in a new area “.

It is not the first exercise of its kind. On April 20, Moscow has tested a new intercontinental missile with atomic capability, called Sarmat, and produced entirely in Russia. It is a very long-range missile that can overcome all modern anti-aircraft systems: with a maximum range of 18 thousand kilometers, it hit a target over 5 thousand kilometers away. Sarmat, according to Putin, will join the forces designed to intervene in the event of nuclear war. On that occasion, the Pentagon said not to worry, because it would only be a routine test, and that Moscow had correctly informed Washington anyway.

Could Putin now really use the atomic bomb?