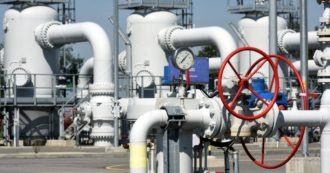 Almost seven months into theRussian invasion of Ukraine and with the prices of gas at 200 euros per megawatt hour, EU energy ministers “agreed on the need for one solid and urgent solution in order to mitigate high energy prices as soon as possible “. Word of the Czech Deputy Prime Minister, Jozef Sikela, who leads the European semester and spoke at a press conference after the expected Energy Council in Brussels. As always, the urgency in Brussels is relative: the ball back to the Commission that “by mid-September“Is called to” propose emergency and temporary interventions, including the price cap on gas “, reads the conclusions of the summit. Note that his proposals were expected in spring.

Then he will still have to express the European Council: there is talk of October (the heads of state will meet on 6 and 7 in Prague for an informal summit and then on 20 and 21 October in Brussels). What is certain is that the Italian proposal of a generalized price cap on all gas imports did not catch on: “If the purpose of our policy is to counteract the Russian manipulation of deliveries of gas to the EU, it makes sense target only Russian gas “, said the European Commissioner for Energy, Kadri Simsonwithout mentioning the stop of supplies via Nord Stream. “At this stage, nothing is out of the question” but “a general ceiling on gas imports, including those of LNG, could present a challenge to security of supply“.

Dear gas, Zorzoli: “Roof at the price of the Russian one? Useless. Acting on speculation at the Ttf in Amsterdam ”. Paganetto: “The EU countries should make a buying group”

What else? “We intend to propose a mandatory target for Member States for reduce consumption during peak hours. It will therefore have to be implemented according to national circumstances, ”said Simson. But it is likely that the obligation will only be triggered in the event of a transition to a state of emergency, as expected for gas. We will then work to “stabilize the futures market and prevent companies from suffering due to problems liquid assets“, Because“ the uncertainty created by irrational behavior is causing further stress for the electricity trade. We will involve securities regulators and banks to take swift action, ”Simson said. And the Commission “is ready to develop a complementary index for LNG. The current gas price parameter, known as Ttfis linked to a relatively small and pipeline-based market, which does not reflect the current reality in the EU ”.

The Italian president Sergio Mattarella speaking from Skopje before the summit, he had hoped that the EU would accelerate: “The crisis is putting in serious worry families and businesses and in the face of this reckless increase in energy tariffs Italy has already proposed four months ago the price cap that other countries have now started to follow. AND’ very urgent proceed overcoming the last ones resistances and to protect Italian families from speculation ”. But it soon became clear that a Brussels blew another air. “A cap on the price of gas right now it’s incorrect”said the German economy minister, Robert Habeck, arriving at the meeting. “The important thing is to find a market mechanism to reduce prices” so that “low-cost energy” is not impacted by the gas rush, he added, explaining that the German government is in favor of decoupling of electricity prices from those of gas – another Commission proposal – “without destroying the market mechanisms” and hopes that today’s discussion will go in this direction. For the Hungarian Foreign Minister, Peter Szijjártóthe price cap is “one hidden energy sanction. We have made it clear that we are not even willing to negotiate energy sanctions ”.

France is cautiously in favor: “If the European Commission proposes it, we will support a mechanism to limit the price of Russian gas delivered by pipeline”, said the French Ecological Transition Minister.Agnès Pannier-Runacher. All the EU proposals, including the cap on the inframarginal revenues of energy companies, “seem to go in the right direction”, added the minister, also calling for an acceleration on the reform of the electricity market so that “it reflects the reality of the cost price of energy mix “. Agree also the Belgium.

Meanwhile, the Turkish president Recep Tayyip Erdoganas reported Anadolu, returns to attack the EU: “For Europe, winter will not pass so simply, it will very problematic, very heavy in terms of economic costs “. And he says he has already discussed gas prices with the Russian head of state Vladimir Putin: “if the Kremlin leader agrees, the cost of energy for Turkey will be more advantageous”. Ankara depends on Moscow for at least 40% of its energy needs.

Dear gas, EU ministers are taking their time: “We await the Commission’s proposals on the price cap”. No to the Italian proposal for a ceiling also on non-Russian supplies – Il Fatto Quotidiano