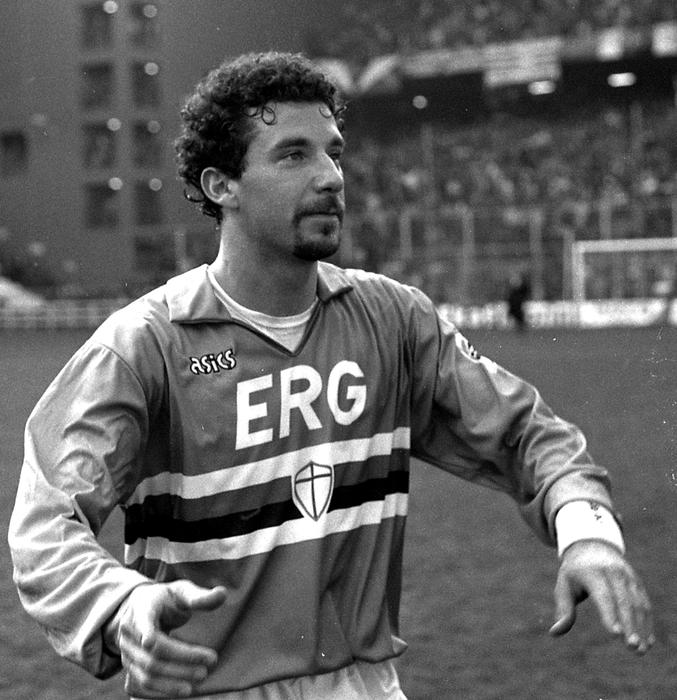 Another serious mourning for the world of football. Gianluca Vialli has died: at the age of 58, the former striker died in Londonafter battling pancreatic cancer.

He always said he didn’t want to die before his parents, because the thought of making his loved ones sick destroyed him more than the disease that was consuming him instead. Gianluca Vialli wore a sweater under his shirt, a way – he thought – to prevent others from noticing that evil, that “ugly thing he would have liked to do without” that was taking weight off him and that in the end he won , taking him away at 58 years old. Three weeks after the death of Sinisa Mihajlovic, football mourns another shocking death: the former Sampdoria striker, hero of the golden years, he made his debut with the Cremonese of his heart, champion with the Juventus shirt, on the pitch and on the bench with Chelsea, he surrendered to pancreatic cancer which had dramatically marked his destiny since 2017. He died in a London clinic, where he had been hospitalized a few days before Christmas due to the worsening of his conditions: the fact that the situation was worsening had also made him realize his farewell to the national team on December 14 in which he had announced that he had to leave each assignment in blue to heal. “I have decided to suspend, hopefully temporarily, my present and future professional commitments. The goal is to use all my psycho-physical energies to help my body overcome this phase of the disease” his latest public statements. Leaving that Italy to which he had returned to reunite with his lifelong friend, Roberto Mancini: they were the twins who scored the Sampdoria goal together again and to whom life had given other strong emotions. Culminate in the European championship won at Wembley in 2021 and enclosed in a photo that is already history: a hug made of heart and tears that tells the story of the love between the current coach and Vialli.

Vialli, a champion of grace always with a smile on his lips, died “surrounded by his family” (the elderly mother who in recent weeks has been shuttling between Cremona and London)after “five years of illness faced with courage and dignity. His memory and his example will live forever in our hearts” the message of the family members who, always very reserved, will hold a private funeral in the English capital. He leaves behind his wife Cathryn, married in secret, and daughters Sofia and Olivia that he said he would have loved to bring to the altar. Because Vialli had never given up on setting goals, despite everything. “If you give up once then it becomes a habit” he always repeated, but instead he didn’t want to do it. “I’m afraid of dying – however he had confided on some occasions – I don’t know when the light will go out what will be on the other side. But in a certain sense I’m also excited to be able to find out. I also realize that the concept of death serves to understand and appreciate life”. Because Vialli was like this, an “Italian boy” to use the words of the memory of Gianfranco Zola who flew to England and was appreciated everywhere: a gentleman, with polite manners , ironic, affable. Someone who knew how to play in the dressing room on and off the field. And who with great dignity had faced the battle with the “uninvited guest”, an unwelcome traveling companion who he hoped would get tired of him. he faced it without losing his smile, despite his sunken eyes and emaciated face.Two months ago the presentation of Marco Ponti’s docu-film ‘The beautiful season’, the story in images of that magical Samp capable of arriving one step away from sky. Vialli and Mancini, always together also to recount those years made of goals and hugs, of dreams and trophies. Of life, the one that Vialli wanted to smell until the end, gracefully, telling his two adored daughters that laughing and Using others is kind of the sense of happiness.

“Hello Gianluca”: This is how Juventus greets Gianluca Vialli, who passed away at the age of 58 due to pancreatic cancer. On social media, the Juventus club wanted to pay homage to the former Juventus player by posting a photo of the former footballer who lifts the Champions League to the sky after the victory in the final in May 1996 against Ajax.

“We will remember you as a boy and a relentless centre-forward, because heroes are all young and beautiful and you, since that summer of 1984, have been our hero”. Sampdoria thus remembers Gianluca Vialli. (HANDLE)

“Italian sport and football in particular today have lost a champion but above all a solid man”. It is the Coni president’s tribute to Gianluca Vialli Giovanni Malagò, which recalls one of the many images related to the missing champion. “That of 26 February 2006, when Vialli, together with other illustrious champions, carried the Olympic flag during the closing ceremony of the Turin 2006 Winter Games, the only footballer to have had this honour” says Malagò.

“What he did for the Azzurri will never be forgotten.” The president of the FIGC, Gabriel Gravina this is how Gianluca Vialli remembers, who passed away today after having fought for a long time with the disease. “I am deeply saddened – adds Gravina – I hoped until the end that he would be able to perform another miracle, yet I am comforted by the certainty that what he did for Italian football and the Azzurri will never be forgotten. Bluntly: Gianluca was a splendid person and he leaves a void that cannot be filled, in the national team and in all those who have appreciated his extraordinary human qualities”. 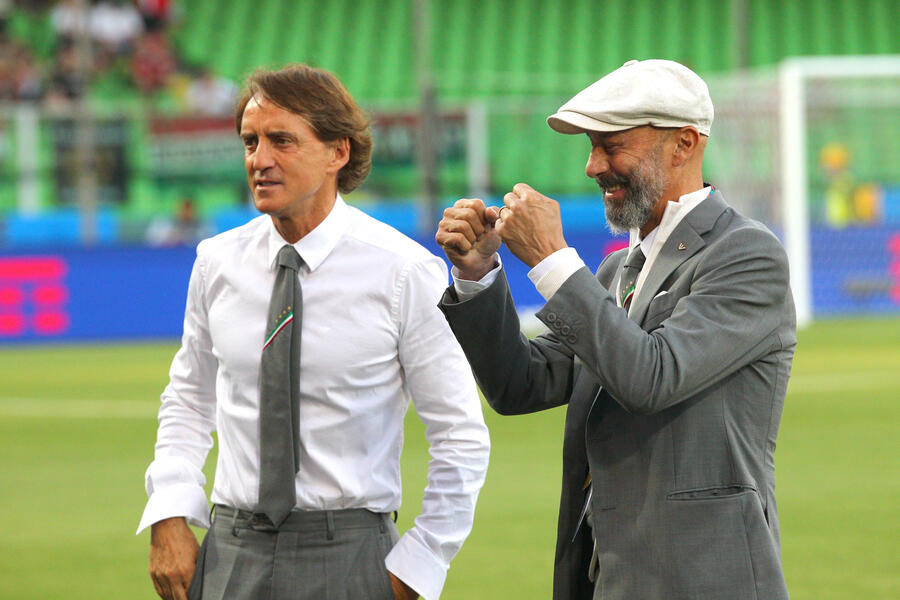 His Cremona has awakened with death in its heart, hurt by news that was basically expected but with that same expectation always accompanied by the hope of a miracle. You have lost your champion, the Lombard capital. And in bars such as in Piazza del Comune, where even the mayor Gianluca Galimberti learned of Stradivialli’s disappearance “with extreme pain”, there is only talk of farewell to the lord of the goal. “The mayor must proclaim a day of mourning for the city” someone goes so far as to ask. For the rest, stories and memories. Luca at Christ the King, then soon at the Cremonese. “Frutti and Vialli, what a couple, would be needed now” let go of some fans suspended between past and present. More than one advances certainties: “now he will find Luzzara and Mondonico, his president and his coach”.

Fedez remembers Gianluca Vialli, with whom he had shared the fears, fears and pains of the disease. Even the singer, in fact, was struck some time ago by a pancreatic tumor, albeit of a different type – and less serious – than the one against which the football star fought. “We have never met in person – Fedez recalls in a story on Instagram – but you have given me so much. I cried with you on the phone, even though I have never seen you in person”. Fedez says that Vialli had shown him great closeness and affection during his illness, and that an acquaintance had arisen, even if only virtual. “We had planned to meet to photograph each other showing each other’s scars, but unfortunately it was not possible”.

The memory of Roberto Baggio. “It is always difficult to accept and understand the mystery of life. Especially when you are snatched from the affection of loved ones so young and so early. Dear Gianluca, I wish your heavenly journey to be enveloped in a tranquil light for your eternal rest”. Roberto Baggio recalls, with a statement to ANSA, Vialli, friend-rival on the field in blue. “My deepest thoughts go to his wife, children, parents, siblings, dear friends. With your smile and joy, take your beloved ball up there too. Your courage will remain with us forever and your precious example Have a good trip Gianluca 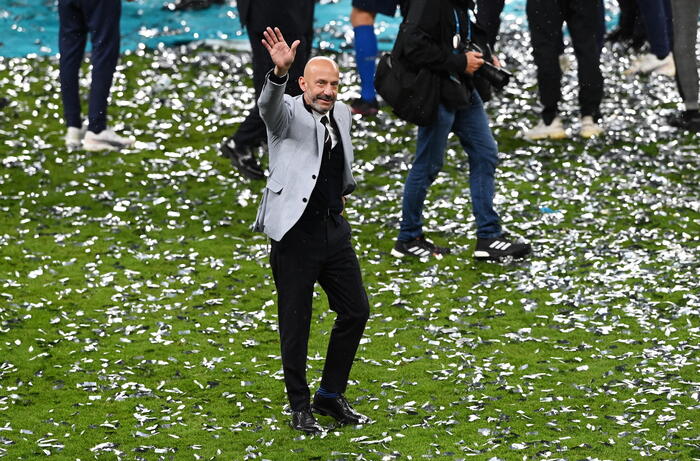 “Football loses one of its most beautiful and positively contagious smiles, that of Gianluca Vialli”. Thus begins the memory of Gianni Infantino, with a post on Instagram. The Fifa president, in paying homage to the memory of the former striker who died today at the age of 58 in London, spoke of the “smile of those who played and coached. The smile of those who won, dragging the little ones who were growing up into their happiness, like in the days of Sampdoria. The smile kept despite the illness, during his last experience with the Italian national team”. “Vialli – added Infantino – was a great footballer and an intelligent man. One day he saw me dribble and said to me: ‘Gianni, let’s face it, you don’t know how to dribble. I’ll teach you’. And, again, he smiled. It’s right to remember him like this, through his happy expression. He was great, because he had fun and entertained all of us. His passion was the most beautiful definition of football. A huge hug to family and friends.”

Farewell to Gianluca Vialli, the family: ‘His example will forever be in our hearts’ – Football