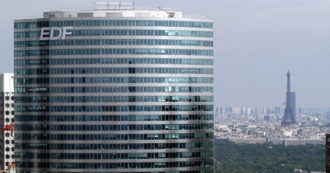 The French energy giant Électricité de France announced today that production from nuclear power plants it could decrease further due to abnormal heat which is raising the water temperature of rivers used to cool the reactors. Already now France, which produces 70% of the electricity it uses with nuclear power, is no longer a net exporter of energy but has become an importer, adding pressure to the already troubled European energy market. It is in particular the power plants that draw from the rivers Rhône and Garonne at risk of a further drop in production. According to French standards Edf is required to reduce or even to stop nuclear generation when the temperature of the river reaches certain thresholds in order to ensure that the water used to cool the plants do not harm the environment when it is then reintroduced into watercourses.

The restrictions have already been adopted at various times during the summer. The latest alarms concern the control panel St. Alban that from Saturday he will work at less than a third of his potential. Reductions are also likely in the Tricastin reactor. They are currently operational in France only 26 of the 57 existing reactors, due to maintenance or precautionary stoppages. The huge funds needed for the modernization of the power plants led Paris to decide on the complete nationalization of EDF, of which it already controlled 84%, allocating 10 billion euros.

France rises to 100% of the energy giant Edf. The government: “We must control our energy future”

To be the Rhine is also at risk, whose level is at an all-time low. The traffic of barges that usually cross the river that also crosses Germany is on the verge of being interrupted because in some sections the water is not deep enough. Near by Kaub the depth of the river has reduced at 47 centimeters, one third of the average value for the period. A decrease of another 7 centimeters would cause the total stop of any transit. Last March, at the same spot, the height of the water had dropped below one meter for the first time in 15 years. The barges traveling on the Rhine they also carry coal for the power plants that Berlin is increasingly resorting to to compensate for the sharp reduction in gas flows arriving from Russia. Problems also begin to be reported along the Danube and, as known, for some time in suffering it is also the Po. 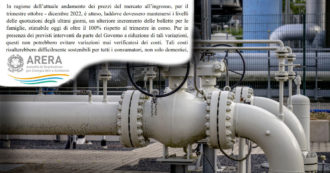 Gas bills, for the energy authority the autumn will be dramatic: “Unprecedented increases and there is a risk of default of suppliers with costs borne by customers”

The water crisis thus threatens to push up further energy prices, already at record levels. As regards Italy alone, the Authority warned yesterday that, if prices remained at current levels, gas bills would suffer dramatic increases in the last quarter of the year. Even doubled in the absence of further government interventions to calm tariffs. The weather forecasts are not encouraging. The “severe heat” will persist in France and Germany for the next five days and temperatures will remain well above average for the next two weeks, reports the agency Bloomberg.

Campania first for drug use: if we are poorer and sicker there is a reason

Germany backs off on a stop to nuclear power: with fewer supplies from Moscow, Scholz plans to delay the closure of the plants

French nuclear power plants in trouble due to the temperature of the rivers. Concerns also for the Rhine, now almost non-navigable – Il Fatto Quotidiano