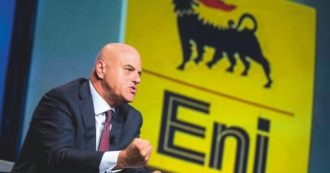 “We have gas ready for export, but the Europeans have to return the repaired turbines of the Nord Stream tube (the pipeline connecting Russia and Germany with a capacity of 30 billion cubic meters per year, ed)“. So the Kremlin spokesman Dmitri Peskov, as reported by Interfax. “The Europeans did not return the turbines from the Nord Stream pipeline after maintenance, and this is the reason for the delays in the supply of gas to Europe,” he added. Even today Gazprom will deliver smaller volumes of gas than Eni requested. This is what can be read on the GME technical platform which constantly reports the technical information relating to the flows of supplies from the energy system. Tensions that continue to push prices of fuel, today traded on the Amsterdam stock exchange at 126 euros per megawatt / hour, 7% more than last Friday’s closing.

Gazprom also decided to don’t reserve extra space to ship gas to Europe through Ukrainian pipelines for July. It’s a a sign that supplies from Moscow could remain slack for weeks. Germany called Russia’s supply cuts “politically motivated” and not due to technical problems, as Gazprom said. The gas supply next month could be even smaller as the Nord Stream pipeline is expected to completely shut down for several days due to maintenance work. The European Commission is working to explore with international partners the possibility of introducing a temporary ceiling on the price of gas. An EU spokesman said this morning, confirming Brussels’ commitment after the mandate received three weeks ago by the EU heads of state and government. In the conclusions of the summit on 30 and 31 May, the leaders had invited Brussels to move internationally for assess, where appropriate, the feasibility of the measure.

Russia became China’s top oil supplier by overtaking Saudi Arabia. It emerges from the Chinese customs data released today and related to the month of May. Beijing receives crude oil from Moscow at a significant discount compared to market prices (112 dollars a barrel today) as Western sanctions “force” Russia to turn to other customers. Last month the China bought 8.4 million tons of Russian oil, 28.5% more than in April and 55% more than the year before. The value of the cargoes, mostly delivered by ship as well as through the oil pipeline that connects the two countries, is almost 7.5 billion dollars. (7.1 billion euros). China, likeIndiais taking advantage of Moscow’s particularly advantageous offer which sells its oil at up to $ 20-30 cheaper per barrel. 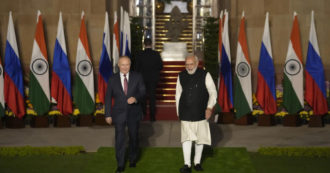 After all, the prices remain so high (+ 53% compared to a year ago) to guarantee high profits to the supplier. Russia is the third largest oil producer in the world after the United States and Saudi Arabia with one capacity of approximately 10 million barrels per day and reserves of 107 billion barrels. China is the second largest consumer of crude oil after the United States, using it almost every day 14 million barrels. Of these, 10 million are bought from abroad by making China the first importer on the planet. Last week the Chinese president Xi Jinping held a telephone conversation with the Russian president Vladimir Putin. According to the official Xinhua news agency, Xi told Putin that China was “willing to continue the mutual support with Russia on issues relating to sovereignty, security and issues of great concern ”.

Spread, ‘without Dragons we would be in bad shape’: can anyone prove it?

Trenord always late but the CEO sees the recovery. Meanwhile, the commuters leave the train