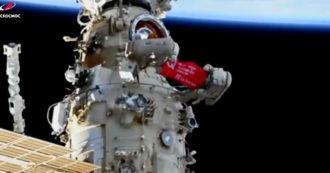 It seemed that the war between Russia And Ukraine should not affect the International space station where the mission led by the Italian astronaut Samantha Cristoforetti landed two days ago. In reality, with the passing of the weeks, since the invasion by the Moscow army on February 24, relations between countries for scientific space research have also broken down. Russia will leave the ISS, as it had announced in early April, due to the sanctions imposed by Western countries. “The decision has already been made, we are not obliged to speak about it publicly – said general manager Dmitry Rogozin in an interview with the Tass agency -. I can only say this: in line with our obligations we will inform our partners of the end of our work on the ISS with one year in advance“. The number one of Roscosmos explained: “We should not rush to declare our position and we will continue our work within the deadline set by the government, which is until 2024. A decision on the future of the ISS will largely depend on the evolution of the situation. both in Russia and around it “. Last month, the ESA, the European Space Agency, deplored the invasion, suspended its mission to Mars.

The collaboration on the ISS sees Russia alongside the space agencies of United States, Europe, Canada and Japan for years. What is considered a human outpost in space, where astronauts have continued to collaborate, has become the subject of the battle over sanctions. In recent weeks Rogozin had said that Russia would not be able to guarantee the repositioning of the ISS on its correct orbit. But his threat had fallen on deaf ears. “I believe that the restoration of normal relations between the partners of the International Space Station and other joint projects is possible only with the complete and unconditional lifting of the sanctions,” he wrote on his Twitter profile. Statements that had come like a cold shower, a few days from the relaxed atmosphere that had seen the arrival of three other cosmonauts on the ISS, greeted by hugs and smiles from American and European colleagues on boardand after the return to Earth of the American astronaut Mark Vande Hei with a navetta Soyuz and two Russian colleagues. 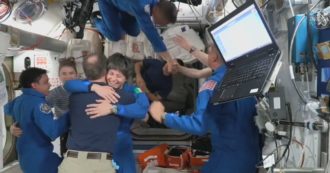 Samantha Cristoforetti arrives on board the International Space Station: here is the crew’s welcome – Video

Rogozin had declared in March that Russia could no longer insure the arrival of the Progress cargo shuttles, which periodically deliver materials and supplies to the orbital station and which, moreover, have the fundamental task of periodically starting their engines to keep the Space Station on its correct orbit. This is a routine maneuver, necessary to counteract the phenomenon of orbital decay, that is the tendency of the orbit of the Space Station to move downwards. A maneuver that was carried out on 11 March. The command had come from the Russian TsUP control center and the engine of the cargo Progress MS-18 (79-P for NASA) ignited for 6 minutes, allowing to return the Space Station to the correct orbit. This is a routine maneuver, usually done every two to three months. Currently the Russian vehicle is the only one to carry out this maneuver and this is the reason why, on March 1st, the person in charge of NASA’s Human Flight, Kathy Luederyes, he had said that the American space agency was considering using his own for this purpose Cygnus cargo shuttles: it would be, he added, a first step towards an eventual independence from Russia, should this country decide to abandon the activities aboard the Space Station. As it has now happened.

Moscow announces farewell to the International Space Station. What happens and when