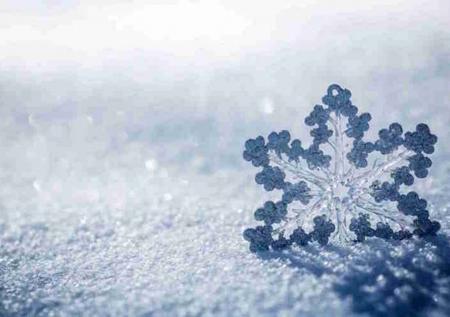 The heat does not let go of the Mediterranean and another sub-tropical advection is expected next week (as discussed in this article). But how is the situation on the rest of the hemisphere? The meteorological Autumn began a week ago and the first effects of the physiological summer decay are evident beyond the Arctic circle, where temperatures begin to drop dramatically.

For this reason, the polar vortexthe great polar depression that regulates the winter fate of the northern hemisphere. But how could winter turn out to be in Europe? Well those few clues currently available do not come from the North Pole, but from the Pacific Ocean.

Let me be clear, what we will write in the next few hours are alone speculations on the current and future situation of some parameters of the Pacific Ocean, which being the largest body of water in the world is able to influence the climatic conditions of the entire globe or a large part of it.

LA NINA – Surely you have heard in the last weeks of the return of the “Nina“, but many probably still don’t know what it is.
La Nina, as well as El Nino, is a natural and periodic climatic phenomenon concerning the surface temperature of the waters of the Pacific Ocean.
When we speak of “la Nina” we refer to a net cooling of the equatorial waters of the central-eastern Pacific (as far as the Pacific coasts of South America), while the water becomes warmer on the western side, off the coast of Australia, Indonesia and the Philippines. El Nino is the exact opposite of this situation.

At the moment the phenomenon of “the Nina“is clearly intensifying, as demonstrated by the temperature anomalies detected in the central Pacific: they are even recorded over 2 ° C below average, which indicates that we are moving towards a “Nina strong”. When the Nina becomes particularly intense it is able to have effects on vast areas of the world, right up to Europe. From the literature in this situation it is more probable that the Azores anticyclone rises to the north, between the eastern Atlantic and western Europe, with following arctic descents towards central Europe and the Mediterranean.

This pattern would be further strengthened by another important index, the PDO (Ten-year oscillation of the Pacific) which frames the same situation established by Ninahowever further north, or in the North Pacific between Russia and North America. Here too there is a clear warming of the central-western sector, while on the eastern one (close to the West Coast) we find much colder ocean water.

According to this current approach, which should in any case be maintained or even intensified during the autumn, we could speak of a winter characterized by stable phases and sudden jerks of a very rapid arctic nature capable of bringing scattered and not very persistent precipitations.

There is, however, a further variable concerning the high temperatures of the Mediterranean which could probably turn out to be above average even between autumn and winter. In our latitudes, warmer bodies of water are able to facilitate the formation or the persistence of anticyclonesand for this reason the hypothesis of often bulky anticyclones between the Atlantic and Europe southern, with consequent displacement of the Arctic irruptions further east (towards the Balkan sector or Eastern Europe). In that case it would come up with a winter with average or slightly above average temperatures within the Mediterranean. 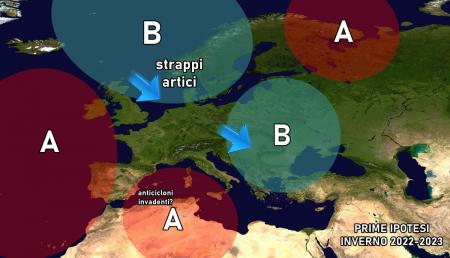 Of course, these are only mere hypotheses and very long-term trends on reliable current data. What is written is not to be considered as a forecast, therefore we will necessarily have to return to the subject in the coming months.