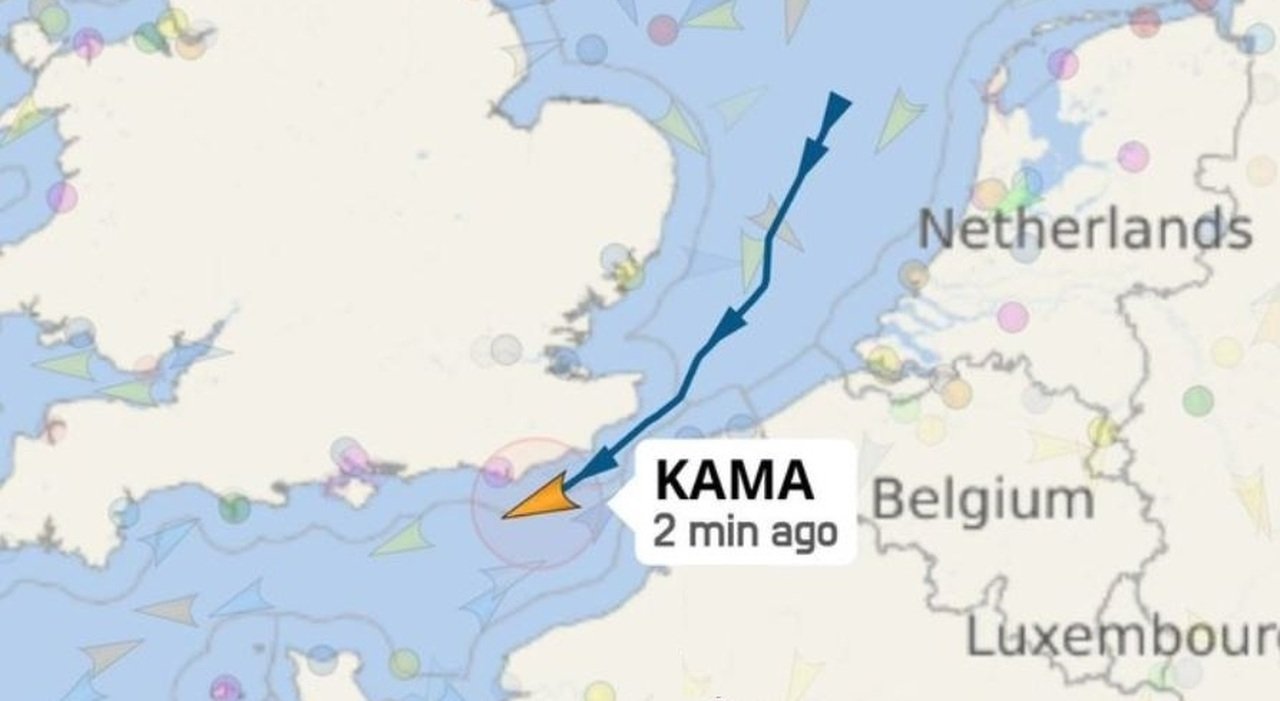 An English warship remotely “escorting” a Russian frigate armed with hypersonic missiles a few miles off the British coast. The photo, which in the mind of the Royal Navy supposedly intended to calm the public, it actually sends more than a few shivers down the spine. Because it is tangible proof that “war games” are more alive than ever and not only within the confines of theUkraine.

The Russian frigate with hypersonic missiles

It is not the first time that Russian marine vessels have been intercepted in the seas of northern Europe. It had already happened at the time of the damage to the North Streamthe underwater gas pipeline that crosses the Baltic Sea, with attached attribution of responsibility for Vladimir Putin’s ships. But now there is something more. And that something extra are the images that the Kremlin has spread in which the Admiral Gorshkov test the launch of the fearsome ones Zirconshypersonic missiles (capable of reaching the Mach 9) that can be armed with nuclear warheads. Here: the Admiral Gorshkov is precisely the frigate that sails north of the United Kingdom and is equipped with Zircons.

Which is the real reason why the Royal Navy it mobilized, marking a man – to use a football metaphor – the Russian ship. The images released by the British Navy show the HMS Portland which follows at a safe distance the Gorshkov and the accompanying tanker Kama as they sail in international waters in the North Sea.

“The escorting of warships in UK territorial waters and adjacent sea areas is a routine activity for the Royal Navy,” said the commanding officer of HMS Portland. Ed Moss-Ward, sailed from Plymouth on 7th January “By maintaining a visible and persistent presence, the Royal Navy ensures compliance with maritime law and protects the interests of the nation”.

Gorshkov, on the other hand, sailed from the port of Severomorskon the northwestern tip of Russia, on the 4thwithout that from Fly information about the vessel’s course, mission timing and purpose was available. But when the images of the test launch of the Zircon arrived – which took place in Barents Seatowards a target located 620 miles away in the White Sea – at least the last two points became clearer to the whole world.

And if Putin publicly cheered saying he is «sure that such powerful weapons will allow the Russia to reliably protect themselves from potential external threats», alla Born the pure test theory for a more effective defense must have sounded at least as little credible. Not surprisingly, before the “Admiral” was taken over by the Portland, he had already been intercepted and therefore followed by the Bergen, a Norwegian coast guard vessel, sailing south of the fjords. “Gorshkov is ready to repel from different altitudes and directions,” he exulted Zvezda TV showing images of the Russian frigate’s hypersonic test. But the fear of Great Britain as with all of NATO, is that those missiles can sooner or later be used by Putin not to defend but to attack.


We have our social media profiles here as well as other related pages herehttps://prress.com/related-pages/