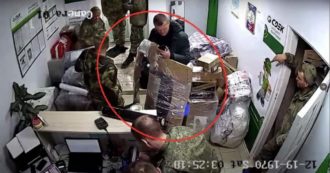 The acts of heroism from below, which emerged after an announced tragedy, leave only a bad taste in the mouth. Dzhanna Kaminieva had not begun to save people from the violent aggression of the Russian army a Bucha because he thought he was invincible, she felt it was only necessary to do her duty. She was 26, her husband fighting at the front and two young children, she is dead and his body was found several days after his disappearance. The last time she was seen alive, she ran with her van to Vokzalna ulica, via della Stazione, to save an elderly couple from certain death ended up under the gun of the Russians, agitated as never before: “I will never forget that phone call, it was the last time I spoke to her. It was an afternoon and I got a call from Dzhanna. She warned me that there was an emergency underway in Bucha, i Russian soldiers they were looking for people house by house and inside those houses of Vokzalna ulica there were elderly people. In a few minutes she would arrive at our reception center where we could take care of these people. Dzhanna’s van never arrived here ”.

Russia-Ukraine war, Kiev: “Author of the Bucha massacre identified. It is the Russian commander Sergey Kolotsey “

Andreij Rushov he is forced to interrupt the dialogue, the emotion is great. He directs the Bible Center, the religious facility just outside Irpin, final or intermediate destination for civilians fleeing the horrors of the two towns on the outskirts of Kiev once laughing and suddenly, since the end of last February, sacrificed to the hatred of the occupying army: “I had never heard of Dzhanna – he continues the tale Andreij – I met her when the war started. One day she came here with her van, inside of her there were people that she literally had torn from their homes before they were torn down. She was a Dhzanna force of nature, she had incredible grit and an ever-present smile. His life since the beginning of the Russian occupation has been focused on saving people. She knew she was taking risks, but she didn’t care, she had a mission. I’ve never seen anyone with the courage of her ”. 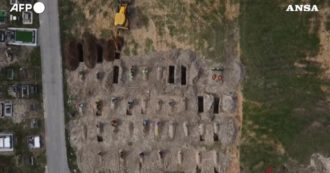 Russia-Ukraine war, new graves are being dug at Bucha cemetery for bodies found after massacre of civilians by the Moscow army

The ferryman of saved souls, including hers, had not come to terms with the fate marked by events. Rushov’s son, Denis, 19, exhibition Vokzalna ulica. The gently sloping road connects the center of Bucha to the bridge over the river of the same name which leads directly to Irpin. It was this the epicenter of clashes between enemy armies at the end of March, when the Russians were pushed back and in fact forced to surrender and a stampede. On Irpin’s side, the shocking destruction of the shopping center called ‘Le giraffes’. On the Bucha side the road, on both sides, was dotted with dignified low houses cooled by the shade of tall trees. Now there is not a single house spared, some no longer exist apart from a pile of rubble: “Here, that is the house of Dzhanna’s last mission – indicates Denis – We know that during her last journey she was stopped by a patrol of Russian soldiers and taken away together with the people he had already recovered from other homes, half a dozen. Nothing was known about her until two weeks ago, when local authorities made it known the finding of his body: they shot her in the head. She was truly a hero. In that house instead my grandmother lived, luckily she left long before the Russians razed the whole street to the ground, the house no longer exists “.

Exactly one month ago the Moscow army stationed in the Kiev oblast returned to Belarusian territory to be moved to the south-east front and left behind the horrors now known. At a corner of Vokzalna ulica is Yablunska ulica, the street where they were found the first bodies of the executed inhabitants, left on the ground for days. The faces of those who remained, of the survivors and of those who, in the meantime, returned after fleeing to Kiev And Zytomir, they speak for themselves. A group of elderly women sits on a bench. Their memory of those 35 days of occupation is hard to bear: “Who went out of the house he was killed instantly – they say – We remained plugged inside, without water and electricity, hoping that the Russians would not enter the house. Near here they bombed everything, clear shots could be heard, but no one wanted to tempt fate to go and see. They have been endless days. From the openings of the windows we saw the advance of the Russians and heard the screams of those who were caught and then killed. On the morning of April 1st, when the noise of the tanks disappeared, we left the house and along the sidewalks, on the street, in the ditches, there were the corpses of our neighborsof our fellow citizens “. Oleksandr Koveschnikoveighty-four with strong hands and eyes swollen with pain, the executions he saw them from his house which a tank then blew up with two shots: “I took my wife and we hid in the area of ​​the basement and there we stayed. One day, I don’t remember when, they started firing with wagons and two bullets hit the house. The first directly into the entrance, the second fell on the roof. Here’s what’s left of the house, a pile of rubble and debris, but the basement is accessible. We were saved, me, my wife, the two dogs and the cat “.

Russia-Ukraine war, corpses, abandoned tanks and mass graves: the report of the Ansa envoy from the devastated city of Bucha

Koveschniov begins to tell really shocking details: “From my half-open gate I heard screams coming from the Delicia factory on the side. Wax a man running away and the soldiers running after him. They took him, threw him on the ground, stripped naked, then two shots and left with their clothes. Those days in March it was very cold. I saw the scene with my own eyes, I was afraid they would notice. A few days later it was even worse. Another person was killed, a bulldozer or a cart cut the body into two parts and then set it on fire. That carcass burned for days ”. The horror has no end in Bucha. According to the town mayor, Anatolij Fedoruk85% of Bucha victims present bullet holes on the body or skull, a clear sign of summary executions. Of the more than 1,200 civilian bodies found in the Kiev Oblast, 488 they concern the town of horrors. Some, set on fire, have not yet been identified. The update is a few days ago. About half of these were exhumed by digging into the largest mass grave of the city, behind the church of Sant’Andrea. He accompanies us on the spot Valentin, a middle-aged man who fled to Kiev and returned to his town a few days after the occupants had fled. The mass grave is located just behind the entrance of the white Orthodox church with the golden dome, hoisted on a hill and itself centered by some mortar rounds: “When they found the mass grave I came here – go back with your mind back to a couple of weeks Valentin – I couldn’t believe my eyes. The dead brought out never ended. It was terrible. I knew some of those people well ”.

Now they remain on the ground the indelible marks of the moved and excavated earth and the gloves used by forensic personnel for the recovery of corpses. A minor grave was also found inside the Bucha cemetery, also the target of a series of artillery attacks. Finally, the thrilling story of the factory headquarters Agrobudpostac, an industrial area on the outskirts of the town. A three-story building consisting of offices. Here in the first half of March a massacre was consummated: “People ran away and many took refuge here – according to Maximilian who is now in charge of surveillance of the area – They thought they could save themselves and instead the Russians arrived as well here and indeed have taken possession of the headquarters. About forty people were executed behind the building, I’ll take you there “. As he heads to the killings he also shows photos of that slaughter in the exact same spot. Where today there is the waste left by the invading army, yesterday there were the executed corpses of innocent people.

Russia-Ukraine, war stories | To Bucha the 26-year-old who brought people to safety with the van: “Executed with a blow to the head” – Il Fatto Quotidiano


You can find our social media profiles as well as other related pageshttps://prress.com/related-pages/