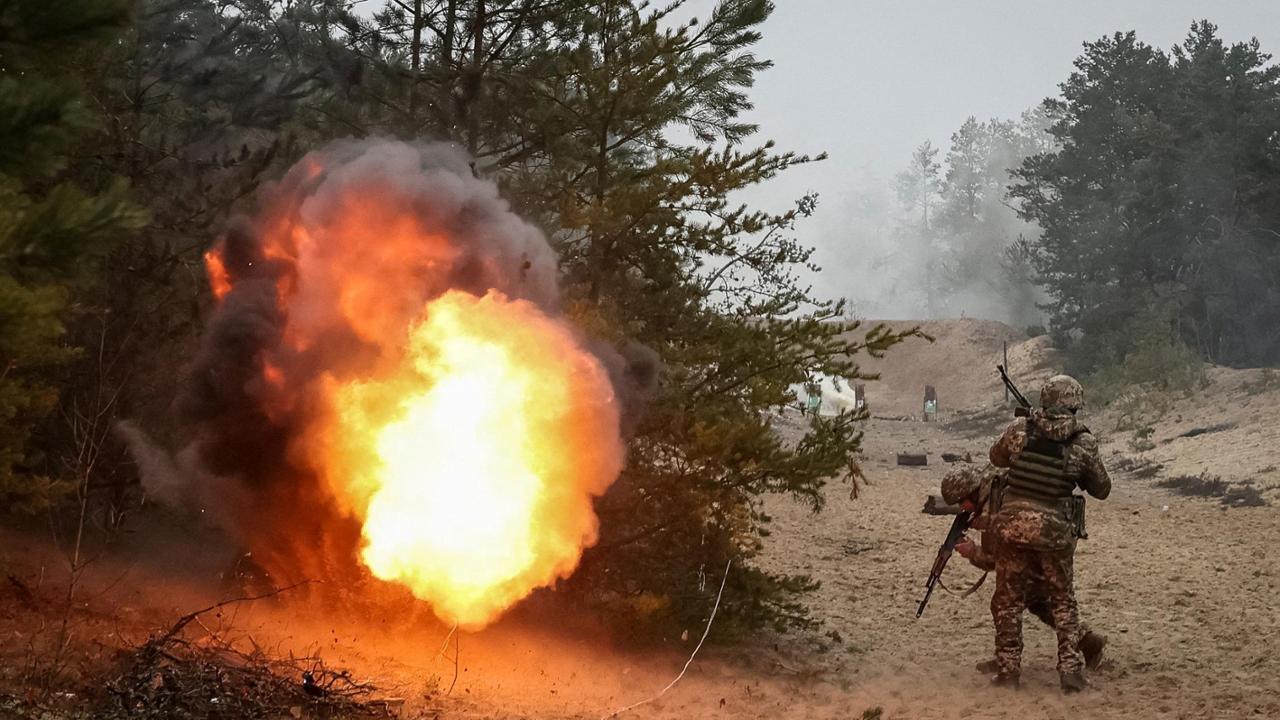 The situation becomes terrible in Soledar. In the razed mining town of Donetsk, more than 500 civilians remained, including 15 children, and it is impossible to evacuate them due to the ongoing fighting. Leading the bloody Russian action at Soledar is Evgheny Prigozhin, the Russian oligarch and creator of the Wagner Group mercenary militia, which plays a crucial role in the invasion of Ukraine. A sworn enemy of Putin’s generals, Prigozhin is reportedly fighting in Bakhmut, in Donbass, because he is interested in taking over the local salt and gypsum mines.

In Ukraine at -10 degrees, the condition of the troops at the front: this is what happens to eggs before frying them

Among the ex-convicts deployed to the front in his brigade, there are also people convicted of murder.
Winning Soledar and Bakhmut, after months of Russian woes on the front lines, would help Prigozhin, who has criticized General Gerasimov, the new commander of operations in Ukraine, to increase his weight in what has emerged as something of a rivalry with the Russian military leadership. A strategy, that of Prighozhin, in common with the Chechen leader Ramzan Kadyrov who in recent weeks has accused, among others, General Alexander Lapin for not having provided the necessary communications and ammunition supplies to the pro-Russian troops, thus favoring the defeat of Lyman.

Meanwhile, the spokesman for the American National Security Council, John Kirby, in a press briefing at the White House, made it known that the US shares “concerns about Alexei Navalny’s health conditions” and will continue “to ask the authorities Russians to clarify »

To know more
Backstory – Abramovich-Erdogan-Putin and the strange mediation for the “New Year’s truce”
Reportage – Soledar, the city of ghosts and the horror of carnage
The case – Moscow frees US Navy veteran Dudley, but the payoff is a mystery
History – Ukraine, an unexploded grenade pulled from a soldier’s chest
Interview – Clarissa Ward: “You can experience motherhood, be a woman and talk about conflicts. It is the price to pay in our work”
The case – From Shoigu to Naryshkin, sons and wives of Russian oligarchs, elites and spies on Western New Year’s rich holidays

One of Russian President Vladimir Putin’s closest allies has proposed to the Russian president to confiscate the property and assets of Russians who discredit the country’s armed forces and oppose the war in Ukraine. Vyacheslav Volodin, chairman of the Russian Duma, is convinced that current measures, such as fines for those who speak out against what Moscow calls a “special military operation” in Ukraine, are not severe enough.

Zelensky: We will do whatever it takes to defend Soledar

Ukrainian President Volodymyr Zelensky has promised to provide “everything necessary” to soldiers resisting Russian assaults on Soledar and Bakhmut, two eastern cities that Russia is trying to conquer at all costs to change the course of the war. “I want to emphasize that the units defending these cities will be replenished with ammunition and all necessary supplies quickly and without interruption,” Zelensky said on Facebook yesterday after a meeting with his staff. The United Nations Security Council will meet today at 20:00 to discuss the situation in Ukraine. The situation in Soledar has been “difficult” for the Ukrainian army in recent days and “the fiercest and most violent fighting continues today,” said Deputy Defense Minister Ganna Maliar.

Joe Biden will receive Dutch Prime Minister Mark Rutte at the White House on Tuesday, January 17. The White House announced it underlining that the leaders of the two “NATO allies want to reaffirm their commitment to strengthen transatlantic security and economic prosperity” as well as “firm support for Ukraine in the face of brutal aggression by Russia”.

Zelensky: 10 billion hryvnia raised with United24 platform
They will be used to restore housing after the Russian raids

Fundraising platform United24, created by the President of Ukraine, Volodymyr Zelensky, has raised more than 10 billion Ukrainian hryvnias. This was announced by the Ukrainian president in his video address to the nation in the evening, reports Ukrinform. According to Zelensky, the funds will be used to restore Ukrainian housing in the territories hit by Russian raids. «To date, about half a billion hryvnias have already been collected through United24 from people from more than a hundred countries to restore housing. This is tangible help for both local communities and the state. Overall, more than 10 billion hryvnias have already been raised thanks to the state fundraising platform,” the president said.

Russia-Ukraine war, Zelensky: “We will do everything necessary to defend Soledar”. The Duma wants to confiscate the assets of Russians who oppose the war