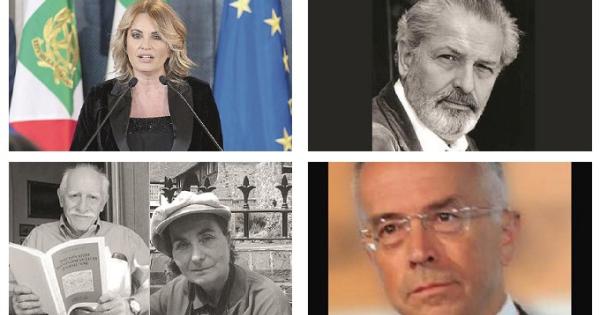 Here are the names of those who will receive the certificates of civic merit tomorrow: 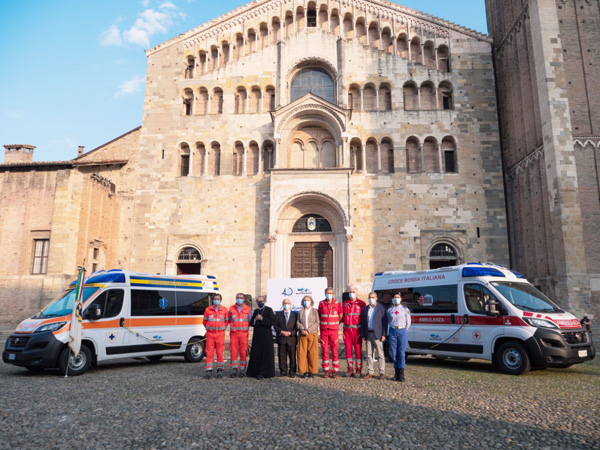 he Cooperative Multiservice is an important reality in the cleaning, sanitation and environmental hygiene sector, founded in 1981. The cooperative has grown over the years, specializing in a wide range of transversal services, in particular in integrated services and, recently, also rental with driver . Its strengths are linked to the values ​​of solidarity, inclusion and integration, which have acted as a guide in over 40 years of activity, interacting with the territory and its needs. Multiservice has been able to evolve over time, in a path characterized by constant innovation in the name of tradition, making the leap from a small company in the province of Parma to an important company, now present in eleven Italian regions. During the pandemic, he worked in the health sector with specialized teams, engaging in the front line of sanitation within the Covid departments of the Maggiore Hospital in Parma and other important national hospital facilities. 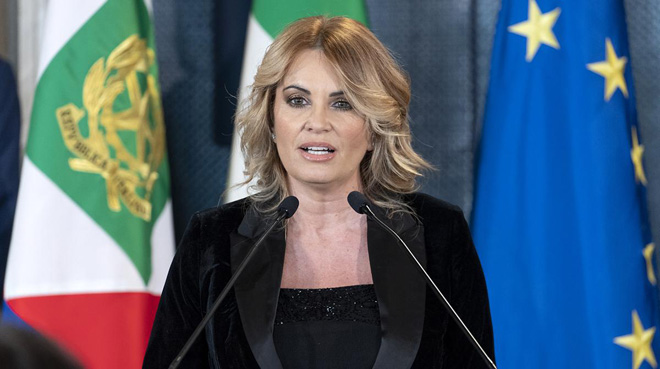 Stefania Battistini was born in Parma in 1977, graduated in Communication Sciences, with 110 cum laude, she joined Rai in 2004. She is currently a special correspondent on Tg 1 on the main current events.
From the 10th of February, two weeks before the Russian invasion, the war in Ukraine ensues. You have received the Flaiano International Awards for Television; Maria Grazia Cutuli Award; Bellisario Foundation Award; Guidarello Award; Mediterranean Caravel Award. For Speciale Tg1 you were in Armenia, after the conflict in Karabakh. Between Syria and Iraq you made Survivors, reportage in the lands liberated from Isis and Under siege, reportage on the civil war in Turkish Kurdistan (Article21 Award for press freedom with Ivan Compasso Grozny).
For Tg1 he followed the main news events of recent years. For Tv7, the weekly in-depth analysis of Tg1, she dealt with insights on social issues such as deaths at work (Sagome Nere), the epidemic of waste fires in Northern Italy (The North burns) and Islamist terrorism. For RaiStoria, in 2020, you made Without distinction of gender, a series of six interviews with Marta Cartabia, first female President of the Constitutional Court on the role that the Consulta played in women’s emancipation. You are part of the Article 21 Presidency group for which you deal with human rights and freedom of the press. 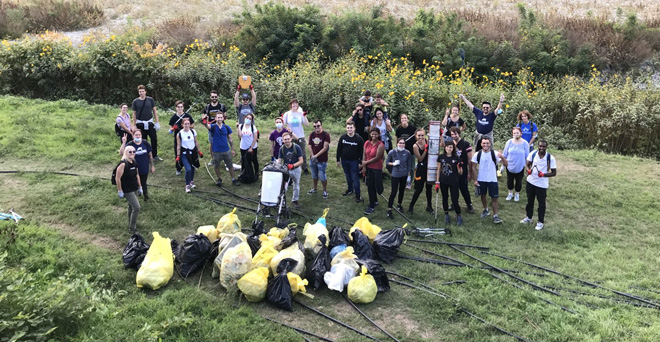 The Monnezzari of Parma are an environmental protection organization formed by a spontaneous group of young volunteers. The group was born in November 2018, when some university students, off-site students of Ecology and Ethology, decided to take care of the city. The Monnezzari are, in fact, moved by a profound environmentalist spirit, with respect for the world around us.
They are characterized by a passion for nature, its protection and the promotion of actions in its defense. For this reason, every week, they meet on the bed of the Parma stream, in parks or green areas of the city to free them from waste. Their goal is not only to clean up urban and suburban green areas but, through their virtuous behaviour, to make citizens aware of the issue of ecology and environmental protection: a common good that must be respected and which, thanks to them, is valued and returned to the community.
Their action, through the “Shared Garden”, created in a private green space in via Bixio, has taken on aspects related to the promotion of sociality and the study of biodiversity, becoming a community point for young and old in the city. 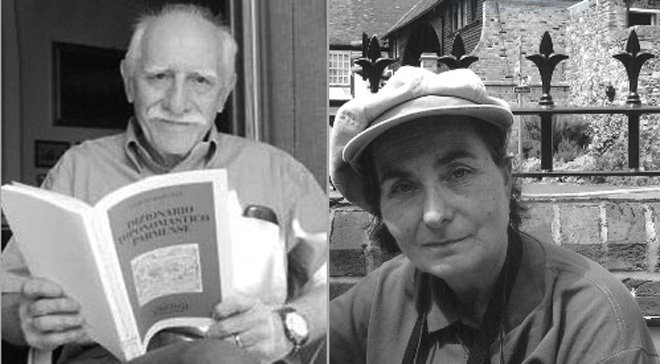 Giorgio Baruffini, teacher for 18 years and Headmaster of the historic Liceo Ulivi, and his wife, Adriana Lucco, also Headmaster, first of the Antelami School and subsequently, for almost twenty years, of the IC Parmigianino Secondary School, met dedicated to designing and promoting enriching training courses and to bringing the historic schools, which they have guided in their long careers, to levels of excellence. The history and identity of Parma have also been studied by Professor Baruffini through the rigorous historiographical research resulting in his «Dizionario toponomastico parmense» (Battei editore). 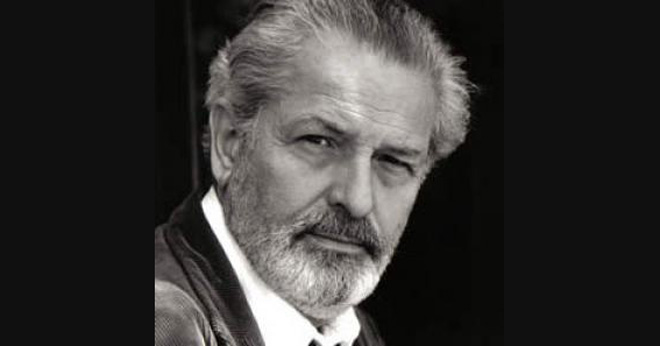 Director, actor, screenwriter and painter, after studying at the Parma art institute, he collaborated at a very young age with director Antonio Pietrangeli and with Bernardo Bertolucci, who chose him as the protagonist for the film “Before the revolution”.
After collaborating as an actor, assistant and set designer with the Bazzoni brothers and Vittorio Storaro, in 1968 he made his directorial debut with the short film “Nardino sul Po”. In 1973 he wrote and directed the feature film “The Perfume of the Lady in Black”, a cult movie of the horror genre all over the world. In 1977 he directed “Pensione Paura” and in 1991 the episode “Le Chiese di Legno” of “La Domenica especially”. Between the 60s and the 90s he worked as a director for RAI making specials, journalistic investigations and documentaries. In 2019, he signed the script and direction of the short film “L’Urlo”, a remake of the 1966 film of the same name starring as the protagonist. He has directed three television dramas for RAI and about fifteen documentaries including “Poltrone Rosse – Parma and the cinema”, presented at the Venice Film Festival in 2014 and nominated for the Nastri d’argento.

Polisportiva Gioco has been operating in Parma for 40 years, promoting activities aimed at disabled girls and boys, for the dissemination of a sporting culture as a social value that breaks down all barriers. Polisportiva was founded in 1983, in the shadow of the Don Gnocchi Institute, to engage young people with disabilities in sports and social activities. The Parmesan company was among the very first in Italy to launch itself into the handbike world. Today it has 204 members, a number that grows annually. Polisportiva Gioco, also present as Giocoparma asd, embraces numerous disciplines, including wheelchair basketball, swimming, dance and Dance Ability, canoeing and wheelchair hockey. It has Dance and Danceability courses to its credit, to which is added sitting volleyball, a highly successful discipline in which, in 2022, the women’s team won the Italian Cup. In 2021 the opening to traditional sports, with volleyball and mini-basketball, and the landing in the more properly educational sector, with the experience of the youth center at the Bruno Raschi sports hall. In the future the effort will be to become a professional actor in the field.

Gilberto Gerra is director of the Prevention, Innovation and Research Unit of the Parma Local Health Authority in the field of pathological addictions and mental health disorders. Born in Parma in 1956, he graduated in Medicine and Surgery at the University of Parma, specialist in Internal Medicine and Endocrinology, engaging for over 20 years in the Drug Addiction Service both in treatment, recovery and social reintegration activities, and in the field of research at national and international level. From 2004 to 2007 he was Director of the National Observatory on Drugs at the Presidency of the Council of Ministers, member of the International Narcotics Bureau (INCB) and subsequently, for 13 years, Director of the Department for Drug Prevention and Health, United Nations Office on Drugs and Crime in Vienna (UNODC). In this capacity, he disseminated therapeutic strategies and new forms of addiction prevention by operating in over 40 developing countries, in collaboration with the World Health Organization, studying the factors of vulnerability, protective parenting styles and social determinants of addictions . He is the author of numerous articles in the fields of psychobiology of substance abuse and clinical pharmacology. 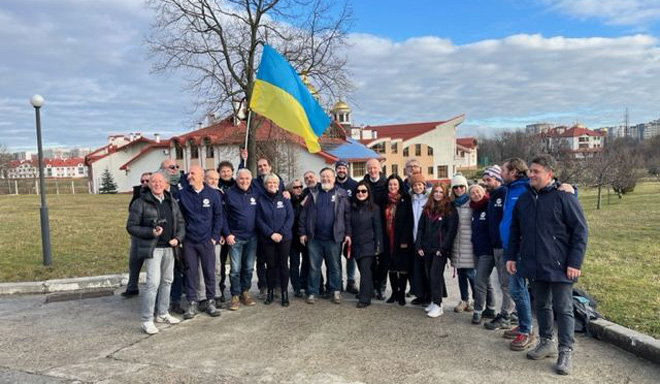 Parma, a sympathetic and sensitive city, has distinguished itself, thanks to the commitment of various volunteers, in bringing aid to the Ukrainian population tormented by the conflict. The volunteers of the Seirs Croce Gialla Parma Association, of Munus, of the Parma Community Foundation, of Zebre Parma, of Missione Valentina carried out various activities to support the Ukrainian population during the conflict, providing basic necessities, food, supplies, relief material, generators, medical equipment, but also moral support and bringing a message of hope to the populations affected by the war.

Sant’Ilario, here are the civic merits: there are professors Giorgio Baruffini and his wife Adriana Lucco, the director Francesco Barilli and Gilberto Gerra