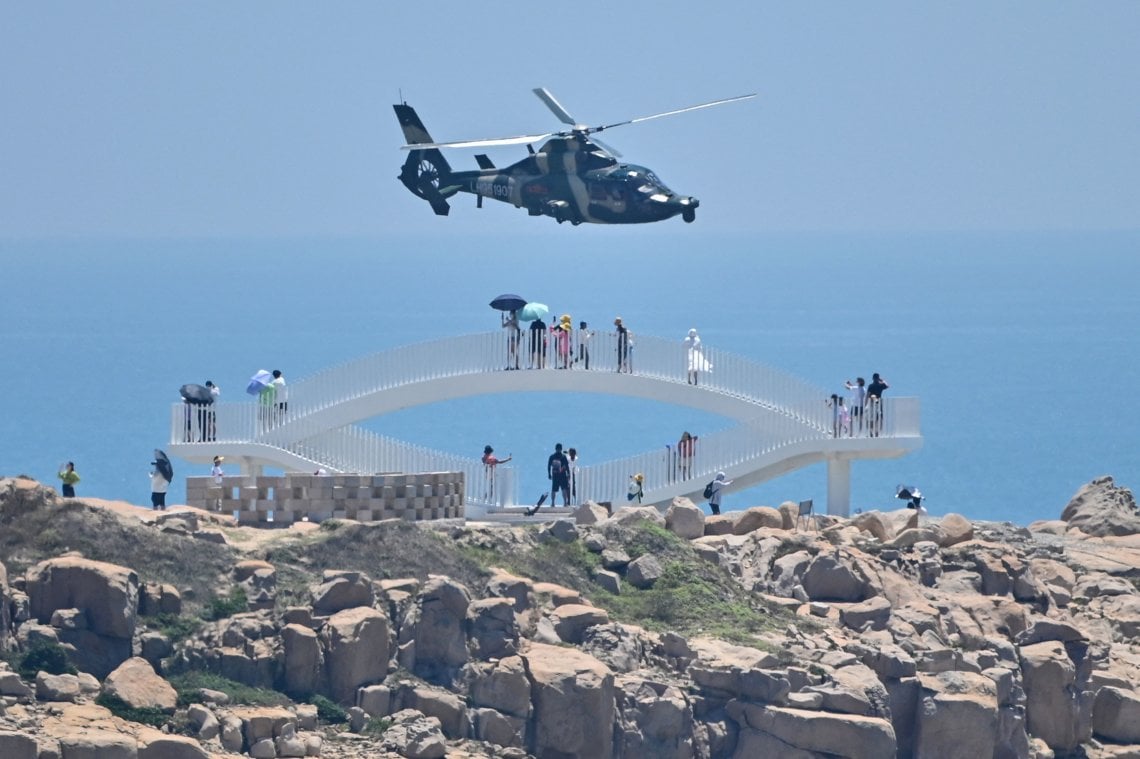 The head of EU diplomacy Josep Borrell condemned China’s “targeted military exercises” around Taiwannoting that the visit of the speaker of the American House Nancy Pelosi on the island is not a valid reason. “There is no justification for using a visit as a pretext for aggressive military activity in the Taiwan Strait,” he wrote Borrell on Twitter. “It is normal and routine for lawmakers in our countries to travel internationally. We encourage all parties to remain calm, exercise restraint and act transparently,” Borrell added. Phnom Penh for Asean.

Taiwan it does not represent a “regional” issue but an internal affair of the China: this was announced by the Taiwan Affairs Office based in Beijing, explaining in a context of growing tensions following the visit of Pelosithat the punishment of Taiwanese independence advocates and outside forces is reasonable and legitimate.

The largest military exercises ever done

China kicked off, at 12 local time (6 am in Italy), the largest military exercises ever carried out around Taiwan in a crescendo of tensions in response to the visit to the island by the president of the US House Nancy Pelosi. The official media recall that these are “large-scale military maneuvers and training” that include live artillery and missile firing in six off-limits maritime areas for navigation and overflight, in a showdown of the People’s Liberation Army (PLA). More areas encroach on Taiwan’s territorial and inland waters, as well as Japan’s Exclusive Economic Zone.

The armed forces of Taiwan “operate as usual and monitor our surroundings in response to the irrational activities” of the People’s Republic of China “with the aim of changing the status quo and destabilizing the security of the region”. This was stated in a ntoa by the Taipei Defense Ministry at the start of large-scale Chinese military maneuvers around the island. “We do not seek escalation, but we do not stop when it comes to our security and sovereignty. We will support the principle of preparing for war without seeking war and with the attitude of ‘not escalating conflicts and not causing controversy'”.

Unidentified aircraft in the Kinmen area

Unidentified aircraft, probably drones, flew over the island area tonight Kinmen, just off the southeastern coast of China: the Taiwanese defense ministry reported, adding that it had fired rockets to drive them away. Taiwan is on high alert as China is conducting a series of military exercises in response to the president’s visit United States House of Representatives, Nancy Pelosi.

Asean, tensions could lead to conflicts

The foreign ministers of Asean, the 10 countries of Southeast Asia (Brunei, Cambodia, Indonesia, Laos, Malaysia, Myanmar, Philippines, Singapore, Thailand and Vietnam), have warned that the growing situation of tension around Taiwan could trigger ” open conflicts “, as China prepares to hold” targeted military maneuvers “on a large scale surrounding the island. The ministers, in a joint statement, said the situation “could destabilize the region and eventually could lead to miscalculations, serious confrontations, open conflicts and unpredictable consequences between the major powers”.

Taiwan President: Thanks to the G7 for their support for peace

“Thanks to the G7 for supporting peace and stability in the region. Taiwan it is committed to defending the status quo and our hard-won democracy. We will work with like-minded partners to keep the Indo-Pacific region free and open, Taiwan’s president writes on Twitter Tsai Ing-wen.

Thank you to the # G7 for supporting regional peace & stability. #Taiwan is committed to defending the status quo & our hard-earned democracy. We’ll work with like-minded partners to maintain a free & open Indo-Pacific.