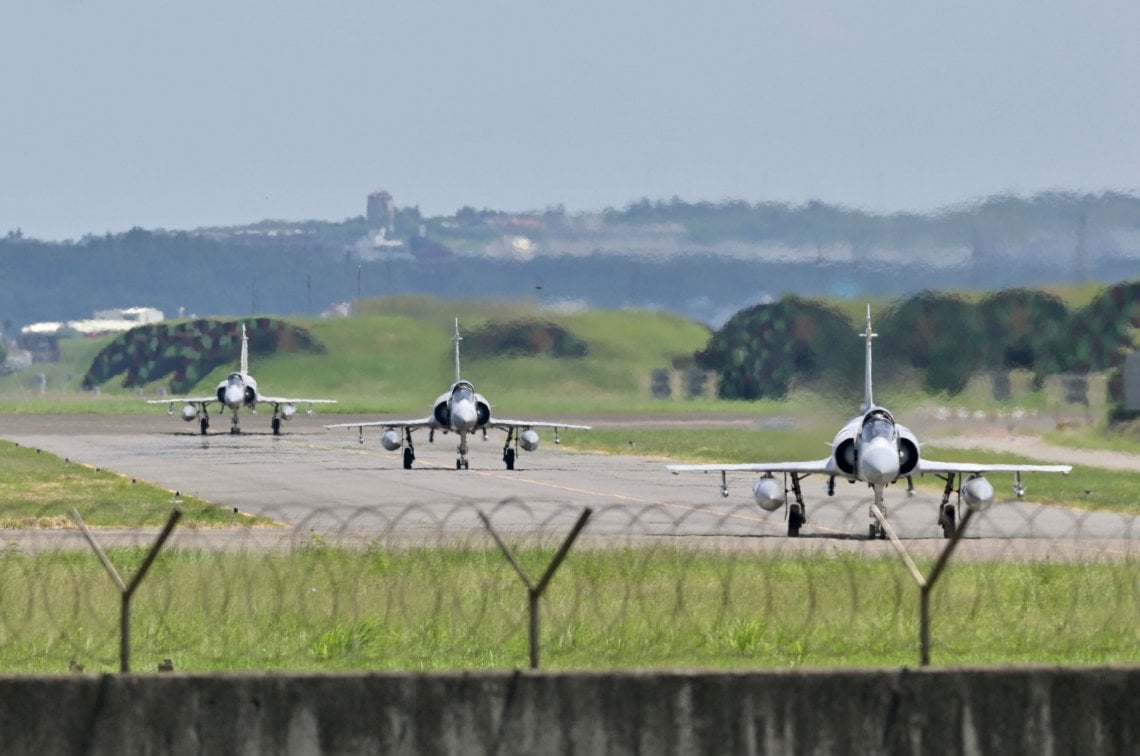 Still a long-distance confrontation between the United States and China: always in the center the independence of Taiwan. Nancy Pelosi in Tokyo has returned to harsh tones: “The United States will in no way allow Taiwan to be isolated”. The Chinese answer came in fact with new exercisesi on the Taiwan Strait.

Speaking at the East Asia Summit in Cambodia, US Secretary of State Antony Blinken described China’s reaction to the visit to Taiwan by the speaker of the House of Representatives, Nancy Pelosi, as “blatantly provocative”. The news was reported by Reuters, citing a Western official present at the summit. Blinken also said that by launching military exercises in the Taiwan Strait, China has attempted to intimidate not only the island but its neighbors as well. The United States tries to “calm down the
waters “and continue to stand alongside their allies and partners, he continued.

Tsai, appeal to the international community to support Taiwan’s democracy

The government is working to ensure safe operations in the island’s seaports and airports, as well as the stability of financial markets, Tsia said. The presidential speech matured after the Ministry of Defense confirmed that the Chinese military fired 11 ballistic missiles that ended up in the waters off the northeastern and southwestern parts of Taiwan, some of which flew over the island before fall into Japan’s exclusive economic zone.

Tsai urged the international community to support Taiwan’s democracy and oppose “China’s unilateral and irrational military action”, adding that Taipei seeks to work with area countries and democratic partners around the world to maintain peace. in the Indo-Pacific region.

The president, who warned the population of the dangers of the information war initiated by China with cyber attacks and the spread of false news, thanked the G7 for calling on Beijing to refrain from “aggressive military activities” in the Taiwan Strait and for reiterating its commitment to ensuring stability. Tsai closed her speech by appealing to unity, noting that the country has always overcome all kinds of challenges.

The Taiwanese president judged China’s launch of missiles near the busy international flight and sea routes around the island as “irresponsible” as part of military maneuvers in response to US speaker Nancy Pelosi’s visit to Taipei. Tsai, in a 4-minute message posted on the Presidential Office website, called on Beijing to act with greater self-control. Taiwan will not fuel tensions, but will defend sovereignty: “We strive to maintain the status quo across the Strait with an open mind for constructive dialogue,” Tsai added.

Chinese means beyond the midline of the Strait

The Taiwanese Ministry of Defense said that on the second day of Chinese military exercises “planes and warships” crossed the midline of the strait that divides the island from the mainland. In a note, the latest maneuvers are defined as “highly provocative”. Starting at 11 local time (5 am in Italy), “more Chinese warplanes and warships conducted exercises around the Taiwan Strait and crossed the midline of the Strait,” the ministry said.

Singapore Airlines cancels flights to and from Taiwan

Singapore Airlines cancels flights to and from Taiwan due to “increasing airspace restrictions” due to dangerous Chinese military exercises in the Taiwan Strait. “The safety of our staff and passengers is our priority,” said the airline spokesperson in an interview with CNA Asia.

China is preparing to relaunch the largest military maneuvers in its history around the island of Taiwan in the coming hours, despite the firm condemnation of the United States, Japan and the European Union. The operations so far have seen a “conventional missile-type assault” in the waters east of Taiwan, where House of Representatives Nancy Pelosi visited these days. The end of operations is scheduled for local noon on Sunday.

Pelosi, changing the status quo was not my goal

The speaker of the US House of Representatives, Nancy Pelosi, explained that her trip to the Far East, which saw her stop in Taiwan, is not aimed at “changing the status quo” in the region. “From the beginning we said that we did not intend to change the situation in Asia or Taiwan”, he stressed at a press conference in Tokyo, “the core of the visit lies in the Taiwan Relations Act, and in all the legislative provisions and international agreements that delineate our relations, in ensuring that there is peace in the Taiwan Strait and that the status quo dominates. “

Pelosi, the US will not allow Taiwan to be isolated

The US “will not allow” China to isolate Taiwan: said the speaker of the House Nancy Pelosi, in Tokyo for the last leg of her tour in Asia. “They may try to prevent entry to Taiwan, prevent travel, but we will not allow in any way to isolate it.” Pelosi and Prime Minister Fumio Kishida agreed on the importance of peace and stability in the Taiwan Strait.

The Japanese Prime Minister Fumio Kishida, received in these hours the speaker of the American House of Representatives, Nancy Pelosi, with whom he reaffirmed the “close collaboration” of the two countries and condemned the launch by the Chinese armed forces of some rockets on the Japanese commercial area of ​​Taiwan. The Japanese premier, in particular, defined what had happened “a serious problem for the security of Japan”.

Taiwan, news on the conflict with China. “Beijing’s planes and ships have crossed the midline of the Strait”