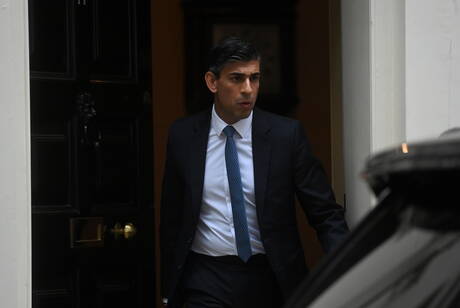 The haemorrhage of ministers in the British government of Boris Johnson does not stop: this morning it was the turn of the head of the department for Northern Ireland, Brandon Lewis, according to whom the executive hit by the scandal is now “beyond the point of no return”. “I cannot sacrifice my personal integrity to defend things as they are now,” Lewis said, adding that the ruling Conservative party and the country “deserve better.”

Yesterday Johnson responded spades, according to unanimous media rumors, to the solicitation of some of his ministers to throw in the towel in light of the repercussions of the Pincher scandal and the wave of resignations in the Tory team. We learn this on the sidelines from the frenetic meetings held last night by the British premier. The premier does not intend to leave in the face of “the enormously important issues” that the country has to face, reports the BBC.

A delegation made up of at least half a dozen ministers who remained loyal to Boris Johnson within the cabinet council – Sanhedrin of the British government made up in total of about thirty members – he announced today that he wanted to go to the prime minister to ask him to resign. The delegation includes, according to the BBC, the Tory chief whip in the House of Commons, Chris Heaton-Harris, and the transport ministers, Grant Shapps; of Northern Ireland, Brendon Lewis; of Wales, Simon Hurt. According to some unconfirmed sources, there is also Nadhim Zahawi, who just yesterday agreed to remain in government and to be promoted from education minister to chancellor of the Exchequer. Asked about it during the hearing before the coordination of the committee chairs of the House of Commons, which Johnson agreed to undergo despite the crisis, the premier objected to a no comment, saying he did not want to talk about initiatives that “are not aware”.

Even the Minister of the Interior, Priti Patel, super hawk of the Tory government so far counted among the diehard loyalists by Boris Johnson, asked in the evening to the
Prime Minister to resign, in the face of the crisis caused by the repercussions of the Pincher scandal and the wave of resignations in the team.

Also yesterday Boris Johnson reiterated that he wanted to resist to ensure that his government “goes ahead” in its work and continues “to implement the program” despite the flurry of resignations caused within the Tory team by the repercussions of the Pincher scandal. The premier said this in Wednesday’s Question Time in the House of Commons, replying to the harsh attacks of the Labor leader Keir Starmer and other opponents, and turning against Starmer himself the accusations of “lack of integrity”.

BoJo had once again hinted that he wanted to try to resist during a hearing in front of the bipartisan coordination of the committee chairs of the House of Commons. Put on the grill, Johnson in any case it denied the prospect of political elections anticipated: “I don’t think anyone wants them at this time” of global crisis, he said. “I believe instead that we must move forward, serve the voters and address the priorities that are important to them”

United Kingdom, Johnson: ‘In a difficult time a government must move forward’

“The task of a prime minister in the current difficult circumstances is to go forward as I intend to do, having received a colossal popular mandate” in the late 2019 elections, Johnson cut short in the face of new urges to resign. In a later passage he said that “there is a simple reason why” Labor “want me out” of Downing Street: because “they know that otherwise the government will implement its program” on economic revival and post-Brexit, and the conservatives “they will also win the next political elections”. As for the Pincher case, he returned to express “deep regret” and apologize for the behavior of his former government ally and for the fact that he had remained in the team despite previous reports. But he did not reply to Starmer as to why he eventually promoted him to deputy chief whip in spite of the information that – after the half-denials initially spread by Downing Street – he had to admit to having had on his former praetorian’s past behavior. .

Pressed by the Labor leader to confirm or deny whether he himself defined Pincher as “a groper by nature” playing on his surname (“Pincher by name, pincher by nature”), BoJo nevertheless glossed over saying not “wanting to trivialize” the story. While he claimed to have ultimately excluded the former deputy minister from the government and the Tory group, entrenching himself for the rest “on the independent investigation” opened in the meantime on him and on the confidentiality it imposes.

STARMER IN JOHNSON, ‘ANYONE WOULD ALREADY BE DIMITTED’
“Anyone should have long since stepped down in his position.” This was stated by the leader of the Labor opposition, Keir Starmer, during the Question Time in the House of Commons addressing the conservative Prime Minister Boris Johnson. He then attacked the prime minister for promoting “a sexual predator”, referring to the recent Pincher case, and then for other scandals such as Partygate. Starmer spoke of Johnson’s “pathetic behavior” as the “ship sinks and the rats flee”, recalling the flurry of resignation in the Tory executive and pointing the finger at the “dishonesty” of the entire majority party. In an intervention by him, Starmer made a very crude and detailed reconstruction of the Pincher scandal, with an explicit description of the harassment that one of the victims reported having suffered by the former deputy chief whip. To then remember how the affair was handled by the Tory leaders, ignoring the accusations against the former deputy minister and the testimony of those who had come forward to denounce his behavior. “They are all sitting there as if this were normal,” said the Labor leader, referring to the benches occupied by the majority. He then declared in his final thrust, always targeting all the conservative MPs and in particular those who still support the “liar” Johnson: “In the midst of a crisis, the country deserves no better than puppets of dogs that make yes with the nose behind the windows of the cars? “.

FORMER MINISTER JAVID CHALLENGES BOJO, TOO MUCH IS TOO MUCH
“Too much is too much”. With these words Sajid Javid motivated today in the House of Commons in a devastating speech for Prime Minister Boris Johnson – compared by some to that of Minister Douglas Hurd who preceded the fall of Margaret Thatrcher – his resignation yesterday as Minister of Health after the Pincher scandal. Javid said he has in the past given the prime minister “the benefit of the doubt” several times over other suspicions of scandal, but is now convinced that the problem is “at the top” and that Johnson “will not change”. He then invited his other Tory colleagues with heartfelt accents to reflect, arguing that the question “is not just personal”, but that it has to do with “compliance with the rule of law” by the Conservative Party and with the need for majority formation “recover the confidence” of the British people if they want to win the next elections as well. Previously, two other Conservative MPs, including former pro Brexit minister and former leading candidate David Davies, had made or renewed explicit calls for Johnson to step down in the Question Times. Invitations, however, rejected by the premier, who addressing Davies in particular “thanked” him for his frankness, but insisted that “he could no longer disagree with him” this time. 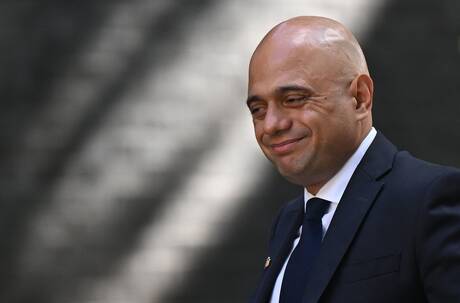 THE STILLICIDE OF RESIGNATIONS FROM THE GOVERNMENT
In the barrage of resignation in the British Conservative government against the leadership of Boris Johnson is also added that of John Glen, Undersecretary of the Treasury. In a very harsh letter he said that “the country deserves better” and pointed the finger at the handling of the Pincher scandal and the “poor judgment” shown by the prime minister. Also Victoria Atkins, Deputy Minister of Justice responsible for British prisons, he left his post in protest against Johnson’s leadership. In his resignation letter, he recalled how “values ​​such as integrity, respect and professionalism” were compromised in the various scandals in which the conservative prime minister was involved. And he underlined: “We can and must do better than this”. At the moment there are 16 figures of various levels of the Johnson executive who have submitted their resignations but the number is certainly destined to increase. Before them the defections concerned this morning only this morning Robin Walker, Deputy Minister for School Standards, Will QuinceDeputy Minister so far responsible for the Family and Childhood dossier, Laura Trott, so far ministrial aide (something less than undersecretary) to Transport. Yesterday the farewell of two senior ministers (the Chancellor of the Exchequer, Rishi Sunak, and the owner of Health, Sajid Javid).

The government loses more pieces, but Boris Johnson does not give up – World