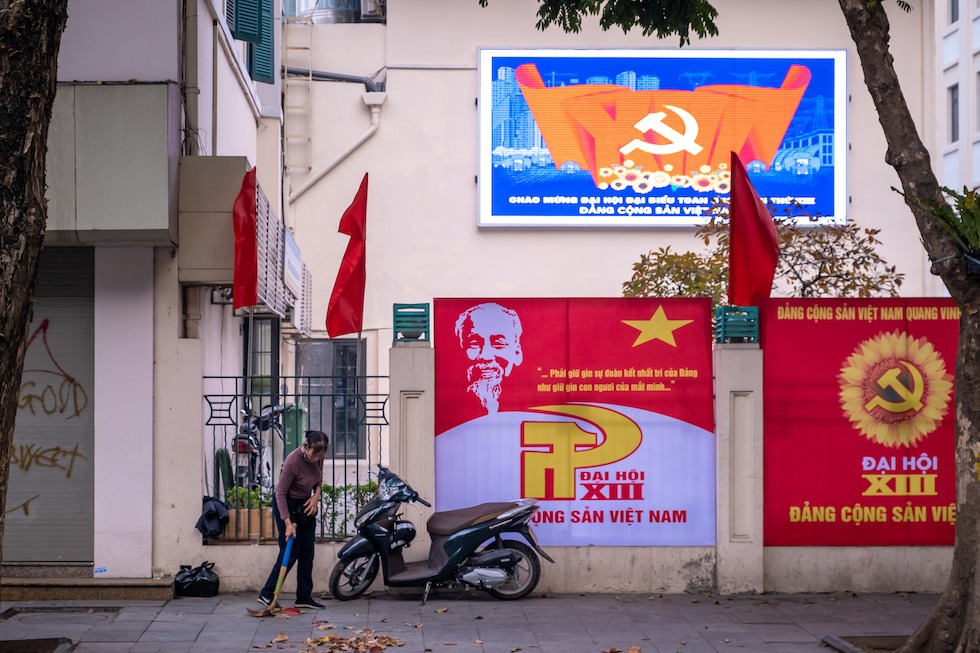 The municipal administration of Hanoi, the capital and second largest city of Vietnam with eight million inhabitants, has approved a plan to re-install or restart the loudspeaker network of the city streets. Loudspeakers were installed in the 1960s and 1970s when they were used to communicate related announcements and alarms to the war against South Vietnam and the United States. According to the projects they should be used to communicate with the population, as already happened during the two years of the pandemic in the case of those still active.

The plan overturns a 2017 decision, when the then mayor Nguyen Duc Chung announced the dismantling of the network, which had “completed its historic mission.” This opinion also seems to be shared by the majority of the citizens of Hanoi: in a recent poll they said they were against (over 70 per cent) when the loudspeaker communications return to full capacity.

Hanoi is a particularly noisy city due to traffic, numerous construction sites and in general a high population density. Loudspeakers are considered a further, anachronistic and annoying source of noise pollution. But the city administration, and the National Communist Party (which would be the main inspirer of the measure), see loudspeakers as a reliable and affordable way to communicate with a broad audience.

The speaker system, i loa phuong, was installed in the sixties and during the war it was used to announce possible air raids, to communicate optimistic news from the front, to consolidate the patriotic spirit. After the final withdrawal of the Americans, they continued to be used for behavior advice, patriotic songs, warnings to those who were late in paying taxes, government and local communications. Le Dung, columnist for the Vietnamese newspaper VnExpress he remembers that even in recent times the programming included two sessions of almost an hour, “at 5.30 in the morning and at 5 in the afternoon, times when it was impossible to talk at home, if you lived near a loudspeaker”.

In recent years, there had been reports of sabotage, with the cutting of the connections to the electricity grid, or the positioning of the loudspeaker upwards, so that it would collect rainwater and be unusable. In 2017 their complete disposal was announced, but during the years of the pandemic and in particular during the lockdown they returned to being used: they spread messages to remind you to wear masks and respect the distancing, but also motivational songs recorded specifically.

The project of the new mayor of Hanoi Tran Sy Thanh, elected in July with 100 per cent of the votes of the Hanoi People’s Committee, is to put the existing loudspeakers back into operation and install a new network to cover the entire city by 2025: the choice was met with surprise and strong criticism, also considering the existence in every district of the Vietnamese capital of chats and groups of online information through which the same communications could be made. In recent years, announcements of temporary blackouts or the need to proceed with the vaccination campaign have been made with text messages on cell phones.

Loudspeakers could be used as a tool to spread continuous propaganda messages, as well as to increase the power and control of local authorities and neighborhood political structures.

Even in Myanmar, another country in Southeast Asia, the military junta he re-proposed some propaganda tools that seemed outdatedalongside the spread of fake news and disinformation on social media: in some regions less reached by internet connections, it has launched flyers containing messages against the opposition from helicopters and military aircraft.

Even Vietnam, which with nearly 100 million inhabitants is one of the fifteen most populous states in the world, is a dictatorship despite elections: it is one of the few remaining single-party states in the world, dominated by the Vietnamese Communist Party. Elections are not free and the National Assembly, in any case, has very limited powers. Freedoms of expression and opinion are officially guaranteed by the country’s constitution, but have no real application.

– Read also: The elections in Vietnam, with only one party

The return of loudspeakers to the streets of Hanoi – Il Post