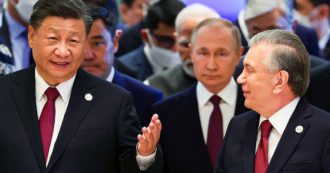 He was loading into a minibus a Zaporizhzhia supplies and aid for his mission to Ukraine when he was involved in a shooting. The protagonist is the cardinal Konrad Krajewski, the Pope’s almsgiver, who was shot at while he was together with two bishops, one Catholic and one Protestant, and a soldier who accompanied them in one of the planned stages of the mission. The group thus had to save itself. “For the first time in my life I did not know where to flee … because running is not enough, you have to know where”, he told Vatican News. The cardinal is fine.

Meanwhile, another news arrives from Zaporizhzhia: the nuclear power plant has been reconnected to the Kiev network. The plant “returned to receive electricity directly from the national grid after engineers repaired one of the four main external power lines, damaged during the conflict,” the IAEA tweeted, noting that it “learned today” on the spot. , where he maintains two inspectors. The last reactor was disconnected from the grid on 5 September.

What emerged from the Putin-Xi Jinping summit: China wants to become a leader in Central Asia, it will not help Russia on the Ukrainian front

The diplomatic front, on the other hand, records a new important episode because the verbal confrontation between the US – which yesterday announced a new shipment of arms to Ukraine for 600 million dollars – and Russia returns access. The US president Joe Biden answering questions during the 60 minutes’ program he said he would tell Russian President Vladimir point not to resort to nuclear weapons: “Don’t do it, don’t do it, don’t do it”, this is because a move like Putin would change “the course of the war like never anything since the Second World War“. And to the interviewer who asked him what the consequences of such an action by Putin would be, Biden replied: “Do you think I would tell you if I knew exactly what they would be? Obviously I won’t be telling her, there will be consequences“.

The Russians, he added in the interview that will be broadcast on Sunday and of which the CBS gave some previews, “would become more and more pariahs in the world and depending on the extent of what they did the answer to be given would be determined”. From Moscow comes a cryptic reply. Kremlin spokesman Dmitry Peskov responding to a question about the statements of the White House tenant: “Read the doctrine, it’s all written there,” Ria Novosti reports. The Moscow doctrine provides inter alia the use of tactical nuclear weapons in case of aggression against the Russian Federation that jeopardizes “The existence” but also “the sovereignty and territorial integrity of the state”. 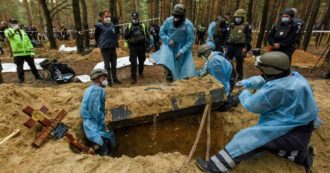 Izyum, corpses with ropes around their necks and tied hands: the discovery in the mass grave with over 450 people

What emerged from the Putin-Xi Jinping summit: China wants to become a leader in Central Asia, it will not help Russia on the Ukrainian front