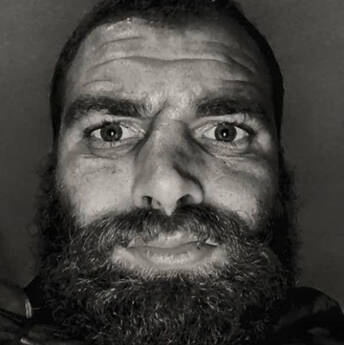 Ukraine: all civilians, women, children and the elderly, were evacuated from Azovstal. “The president’s order has been carried out. This part of the humanitarian mission in Mariupol has been completed.” The words of the Ukrainian Deputy Prime Minister Iryna Vereshchuk mark the end of a nightmare, but leave a chasm in front of the fighters barricaded in the steel-bunker. Upon expiry of the three-day ceasefire for the humanitarian corridors declared by the Russia, no longer are civilians trapped in the basement of the factory that has become the symbol of resistance. In Kiev, the relief for having rescued the most fragile with a complicated mission in coordination with the United Nations and the Red Cross, interrupted several times by bombings and clashes, now gives way to concern for the fate of the approximately two thousand soldiers hitherto protected by tunnels of the ‘catacombs’ of Azovstal, between members of the Azov regiment and troops of other army formations.

The specter of direct confrontation between the great powers returns to hover over the war-torn Ukraine. While the conflict, according to NATO, is entering a “decisive phase”, the Duma has accused the United States of participating “directly” in the hostilities. In this climate of growing tension, the eyes of the West are focused on Vladimir Putin’s May 9, and on the speech he will give in Red Square to celebrate the 77th anniversary of the USSR’s victory over the Nazis. While the best of its military arsenal will parade. The war in Ukraine is heading towards “decisive weeks”, estimated NATO Secretary General Jens Stoltenberg. Noting, however, that there are currently no signs from Russia of an “escalation” with the Atlantic Alliance. Moscow, on the other hand, accused Westerners of having already fully entered into the conflict. Especially the United States.

And Joe Biden warned the leaders of the defense and secret services about the risks associated with leaks. The president, according to Nbc news, called the heads of the Pentagon, the CIA and National Intelligence stressing that the recent press reports are counterproductive and “distract from our goal”.

THE AZOVSTAL DRAMA
Once the civilians have been evacuated, used according to Moscow as “human shields” by Mariupol’s last defenders, there is nothing left to hold back the plans of an all-out attack, while the Ukrainian fighters continue to exclude surrender. A possible flash assault to try to take control of the factory in time for May 9, offering Vladimir Putin what would be the most symbolically important success in two and a half months of war: the scalp of the Azov battalion, on the day in which Russia celebrates with great fanfare the victory over the Nazis in the Second World War. A moment that could be crucial for the development of the conflict, with President Volodymyr Zelenksy indicating a red line for negotiations in the salvation of soldiers.

“It seems like I’ve found myself in a hellish reality show, where we are the military, fight for our lives, try every chance to save ourselves, and the whole world is just watching an interesting story. The only difference is this. it is not a movie and we are not fictional characters “: so in a post on Facebook Serhiy Volyna, commander of the 36th brigade of the Ukrainian army marines, barricaded with the troops of the Azov regiment in the steel mill. “Higher powers, we are waiting for the result of your actions … time is running out and time is our life!” He adds.

“We are preparing the second phase of the evacuation mission: the wounded and the doctors. If everyone respects the agreements. If there are no lies. And we are working to evacuate our military. All the heroes in defense of Mariupol”: he said in the evening Ukrainian President Volodymyr Zelensky referring to the soldiers still barricaded in the Azovstal steel plant. “It’s extremely difficult. I’m sure everyone understands the main reason. But let’s not lose hope. We don’t stop. Every day we look for a diplomatic option that can work,” he added, as reported by Ukrinform.

Ukraine, dozens of civilians evacuated from the Azovstal steel plant in Mariupol

WAR AND FRONTS
Meanwhile, the fighting continues very hard on the various front lines. Starting from the region of Kharkiv in the north-east, whose control is crucial for the Donbass offensive. According to analysts from the military think-tank American Institute for War Studies, the counter-offensive claimed by Kiev for a couple of days has already been spreading, thus easing Moscow’s military pressure on that quadrant and averting the risk of new massive attacks west of the country. Dnipro river. Small arms firefights took place in the suburbs of Severodonetsk, Lugansk oblast, between pro-Russian separatists and Ukrainian units using snipers and drones. Missile raid threats remain strong across Ukraine, with attacks reported from Sumy in the northwest to Mykolaiv, a hinge between Russian-held areas of southern Ukraine and the Odessa region, once again targeted by missile launches that damaged various infrastructures. And off the coast of the city, in the waters of the Black Sea near the island of the Serpents, the Ukrainian Defense announced without giving details the destruction with Bayraktar attack drones of another Russian warship, this time a landing craft of Serna class, and two Tor anti-aircraft missile systems, in the aftermath of the attack claimed, but denied by Moscow, on the frigate Admiral Makarov.
Lugansk governor Serhiy Haidai reported that the Russians threw a bomb on a school in the village of Belogorovka, where 90 people were hiding in the basement. For the moment about thirty have been rescued, and the rescue operations continue, Haidai added in a message on Telegram, as reported by the Ukrainian media. There are at least two deaths after the Russian raid that hit a school in the village of Belogorovka, in the Lugansk region. This was announced by the Ukrainian emergency services, adding that the two victims were found dead under the rubble. “On May 7 in the village of Belogorovka, in the Severodonetsk district, as a result of enemy bombing, a fire broke out in a school building with an area of ​​about 300 square meters. The fire was extinguished,” it was explained, adding that in the evening two lifeless bodies were found under the rubble. Rescue operations continue. 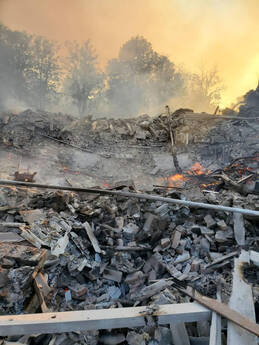 Ukraine, Kiev claims to have destroyed a Russian landing ship in the Black Sea

NEW ZELENSKY APPEAL
“I ask all our citizens, especially these days, to don’t ignore the anti-aircraft sirens. Please, it’s about your life, your children’s life. In addition, strictly adhere to public order and the rules on curfews in cities and communities. “It is the appeal on Telegram by Ukrainian President Volodymyr Zelensky in view of May 9, Victory Day for Russia that it is feared will celebrate this year with shares in Ukraine. 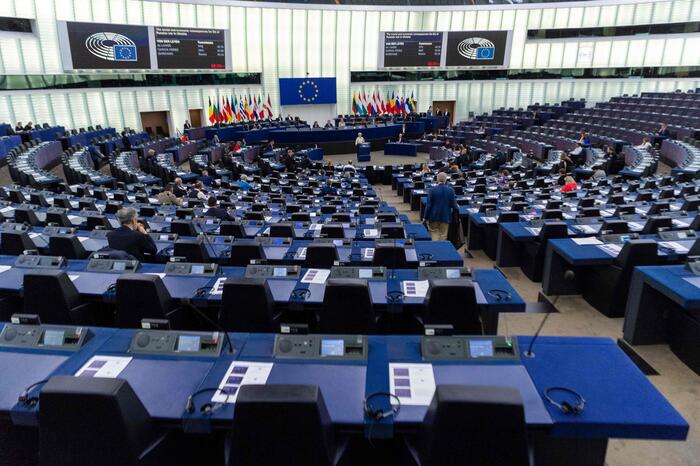 Bilateral contacts between the Commission, the Presidency and the EU states are continuing (ANSA)

THE CIA
Vladimir Putin “is in a state of mind in which he believes he cannot afford to lose, I think he is convinced that doubling his efforts will allow him to make progress”: said CIA chief William Burns speaking at an event in Washington . The Russian war influenced Chinese calculations on Taiwan, but not his determination on future actions. Beijing “carefully” studies the conflict in Ukraine while looking at Taipei.

UKRAINE WITHOUT FOOD AND WATER
World Food Program (WFP) appeal for the reopening of Ukraine’s ports to avert the looming threat of famine: “Ports in the Odessa area of ​​southern Ukraine must be reopened urgently to prevent the global crisis of hunger gets out of control “, reads the WFP institutional website. “The grain silos of Ukraine are full. The ports on the Black Sea are blocked, leaving millions of tons of grain trapped in silos on land or on ships that cannot move.” FAO previously claimed 25 million tons of grain are stuck in Ukraine.