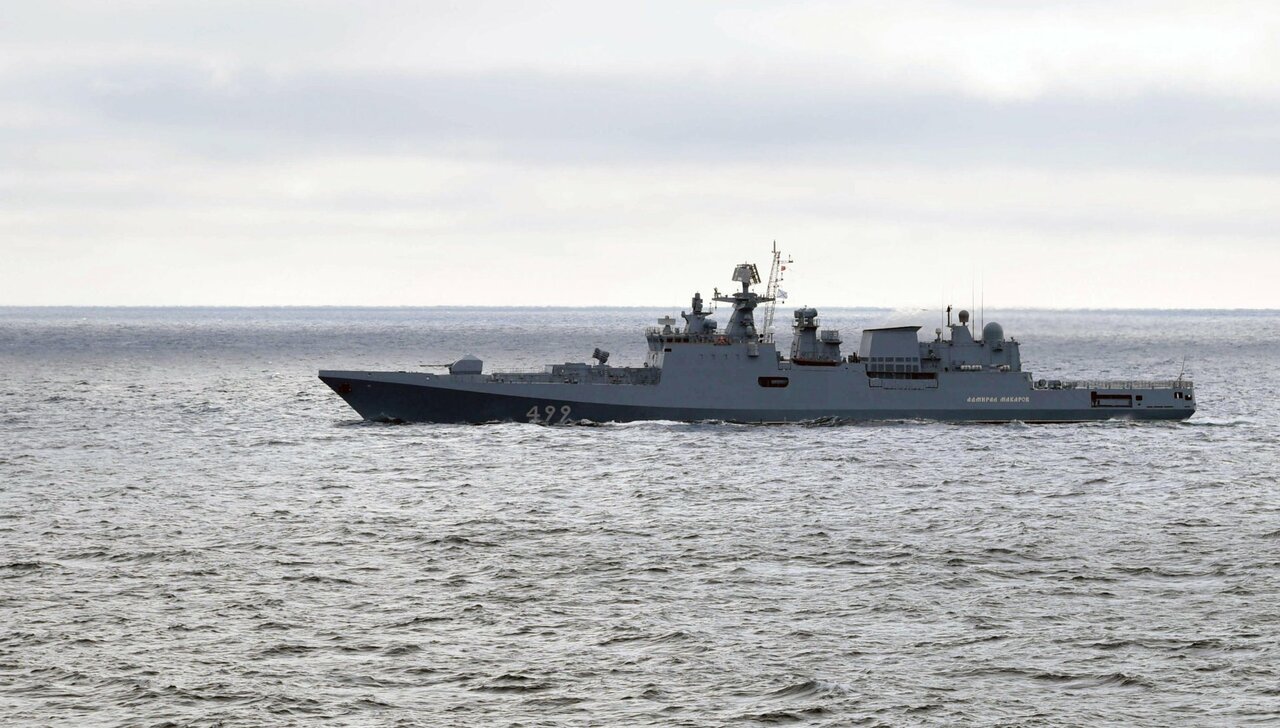 A Russian frigate is burning near Snake Island in the Black Sea.Admiral Makarovalready involved in an attack on the city of Odessa in April. A new blow to the Russian fleet and a precious goal conquered by the Ukrainians, who would have reached the ship with a Neptune rocket, according to the deputy Oleksiy Honcharenko who confirmed the episode on his Telegram profile. Disabling this frigate, considered the most modern of her class, is an important military achievement for Kieveven if from Fly they deny that all this has happened. And the Pentagon adds that it has no elements that can confirm this. “We have been working on it all day but at the moment we have no information to corroborate this news,” said US Department of Defense spokesman John Kirby. Images disseminated on social networks show, however, the smoke rising from the ship and the rescues in action.

All three Admiral Grigorovich-class frigates belong to the Black Sea Fleet, based in Sevastopol. They are armed with 24 medium-range Buk surface-to-air missiles and eight Kalibr cruise missiles. They can escort other ships and also attack targets on the ground. After the sinking of the cruiser Moskva, the Russian fleet in the Black Sea had dropped to only three large combat ships, the best being the missile frigate Admiral Makarov. Faced with the evidence of images showing fire rising from that part of the sea, the Kremlin, however, insists on denying it. “Everything is going according to plan in Ukraine,” said spokesman Dmitri Peskov, commenting on the words of the president of Belarus Alexander Lukashenko according to which the timing of the operation would “be longer” than originally expected.

Peskov comments on the attack on Admiral Makarov as follows: “We have no information about it.” And he also sends a transversal message to Warsaw: «Poland could represent a threat to the territorial integrity of Ukraine – he says – he. The fact that in recent months there has been very hostile rhetoric from Poland and the fact that a threat to the territorial integrity of Ukraine may come from Poland are obvious facts ”. As if to say: if they are threatening we could decide to launch an offensive against them too.

Meanwhile, the war in the south of the country is becoming more and more violent. Vladimir Putin’s troops are attacking Odessa from Crimea, and sources in Moscow underline that “they will remain forever in the south of Ukraine”. In reality, the invasion does not proceed exactly as the Russians say: apart from some isolated territories, Ukrainian resistance is always very strong. Yesterday, the New York Times reported that the Kiev army is trying to push Russian forces back from the cities of Kharkiv and Izium, where the battle had been stalled for about a month. In recent days the scenario seems to have changed: Ukrainian forces have advanced towards the outside of the city, launching an offensive to the north and east, which began with heavy bombardments and an infantry assault supported by tanks and other armored vehicles. “The first weapons that can stop the enemy will arrive in large numbers in late May or early June,” said Oleksiy Arestovych, advisor to Ukrainian President Zelensky, specifying that any large-scale counter-offensive against Moscow forces will probably not start before that time. All this while Joe Biden last night on Twitter announced another $ 150 million military aid package.

Meanwhile, the Tsar’s soldiers are concentrating their forces against the Azovstal steel mill. A Ukrainian commander confirmed that “bloody battles” are taking place right inside the complex, after the Russians managed to breach the perimeter. On social media, several images of long columns of smoke that rise from the steel mill following explosions and bombings are spread. Although about 50 civilians were evacuated from Mariupol yesterday morning. A new UN convoy – as announced by the United Nations Deputy Secretary General, Martin Griffiths – headed for the city assisted by the International Red Cross. No other details were reported “in order not to seriously jeopardize the operation”.

From Telegram, however, information arrives on what is happening around the plant. “During the ceasefire in the territory of the steel mill – the Azov battalion said – Russian troops fired on a car that was transporting civilians to evacuate them from the factory. One soldier was killed and there are 6 wounded. The enemy continues not to respect the agreements and not to comply with the security guarantees for the evacuation of civilians, “they say. And President Volodymyr Zelensky speaks of Mariupol as “an example of siege, of torture” which shows “the inhuman attitude of the Russian army and its cruelty”. The indiscretion according to which Putin has decided to deal a final blow to the fighters of the Azov battalion who are inside the plant, thanks to the “tip” of a Ukrainian mole, also fits into the race to confirm and deny. Someone who would give the Russians the map of the facility. The news, of course, has no confirmation.

In the evening the sirens sounded again in Odessa. “Explosions can be heard everywhere – is the appeal launched to the population by the local authorities -. Air defense is working. Stay in the shelter ». And there are some Western officials that Putin may decide to formally declare war on Ukraine on Monday. The one fought up to now is considered by Moscow only “a special operation”. Also in Mariupol, then, the “occupants” are restoring the monuments of the Soviet era. Petro Andrushchenko, adviser to the mayor of the city, distributed new photographs on Friday stating that, in recent days, all the monuments of that period have been “restored”.

The sinking of the Moskva by the Ukrainians is once again at the center of the US analysis. Many hypotheses and indiscretions. Chris Carlson, a former US Navy officer, claims that, at the time of the attack, the Russian flagship’s detection radars were either off or otherwise inactive. The evaluation of him is based on the examination of the photographs published in the following hours. The apparatuses were in a position that suggests it. The expert also adds two other elements: the systems may have had maintenance problems (an aspect in which the Russians do not shine) and in any case – if functioning – they would have been able to discover the incoming threat, namely the two anti-ship missiles. Neptune. The launch was precise and hit the cruiser at the most appropriate point, in a section of the hull that led to a disastrous fire: a situation that marked her fate.

Ukraine, direct. Biden: on May 9 the law for sending weapons to Kiev. Zelensky opens to peace with the renunciation of Crimea