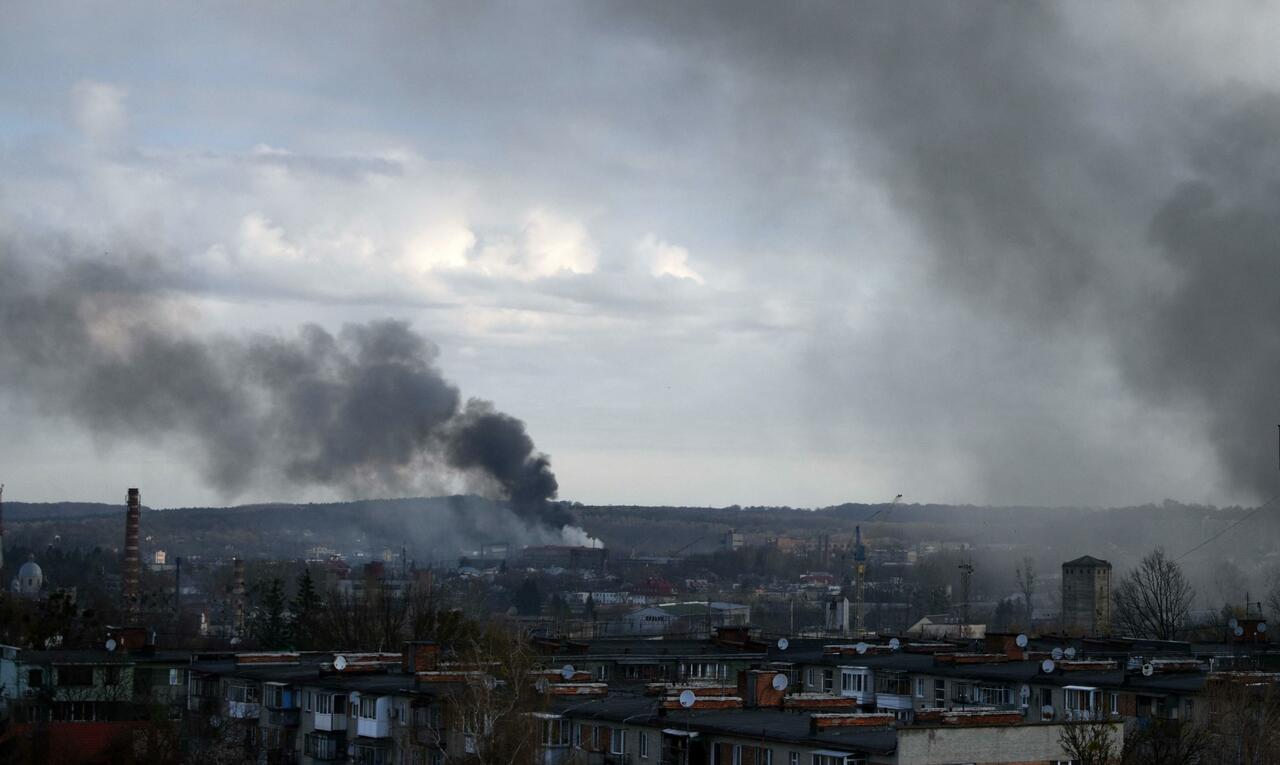 In the evening on the Twitter and Telegram profiles of the Azov battalion a video is broadcast showing the area of ​​the steel plant from above Azovstal from Mariupol. Columns of smoke, fire, bombing: there is all the fury of the Russians who are trying at all costs to find the two thousand Ukrainian soldiers who still resist. Disregarded the “ceasefire”. A few hours earlier Petro Andriushenko, the mayor’s adviser, had used this emphatic but very realistic formula, taken up by CNN: «If there is a hell in the world it is at Azovstal. The last 11 square kilometers of freedom in Mariupol have been turned into hell ”. There are also women and children prisoners in the basement, but yesterday Putinspeaking on the phone with the Israeli prime minister Bennetthe made up a ruthless blackmail: «The Russia it is ready to guarantee a safe exit of civilians from the Azovstal steel plant in Mariupol, but the military in the plant must surrender ».

According to Zelensky, however, another 344 were evacuated from Mariupol. The UN announced last night that the third phase of the operation to save civilians is starting. The Azov battalion doctor appealed to Turkish President Erdogan to act as mediator to evacuate the military as well: “The wounded are dying from lack of medicines, they are dying in my arms.” Of course, the Ukrainians also claim a series of results in other areas of the country: they claim to have regained control of some villages near Kherson and to have launched counter-offensive operations in the areas of Kharkiv and Izium (to the east). Kiev has made it known: by June we will be able to start with a large-scale counter-offensive “because the first weapons that can stop the enemy will arrive”. Yesterday the New York Times revealed: the Ukrainian army managed to kill so many Russian generals thanks to the information passed on by American intelligence. The White House commented: “The New York Times article is irresponsible. The United States provides intelligence on the ground to help Ukrainians defend their country, we do not provide intelligence with the intent of killing Russian generals. “

One day the history books will talk about the battle of the steel mill, an unprecedented story, with two thousand Ukrainian soldiers besieged for weeks in the basement of a steel mill where civilians are still blocked, at least 200-300, with food and water in short supply. Outside there is a city now destroyed and controlled by the Russian army, which, however, is unable to conquer that last nucleus underground. And the exhausted Ukrainian soldiers – especially those of the Azov battalion, a far-right formation, which was also joined by some Marines who did not want to surrender – communicate with the outside, with the whole outside world, thanks to social networks, messages relaunched on Telegram and Twitter. They document what may be their last hours. «For the second consecutive day, the Russian army raided the plant. There are heavy and bloody battles – says the commander of the Azov regiment, Denis Prokopenko, 30, a past in the ultras of Dynamo Kiev – I thank the whole world for the enormous support of the Mariupol garrison. Our soldiers deserve it. In spite of everything, we continue to carry out the order: keep the defense ».

These words date back to the night between Wednesday and Thursday. The Russians in the steel mills for the latest assault sent mainly soldiers of the ferocious Chechen units and soldiers of the self-proclaimed Republic of Donetsk. Last night another video message appeared, in which the protagonist is the deputy commander of Azov, Sviatoslav Palamar, who launches an appeal: «Let the civilians out. Let out the wounded soldiers in agony who are dying. ‘ The Azov profile reads: «The assault on Azovstal continues. The military keeps the plant’s defenses under heavy fire. The enemy uses airplanes, artillery and infantry ». But why has the Russian army been intensifying its actions against the desperate in Mariupol for three days? Still, Putin had said there would be no ground attack, that it wasn’t worth it. This war has accustomed us to detect a substantial difference between what the Moscow authorities say and what they actually do. The explanation that all observers give to this acceleration is linked to the usual date of 9 May. For that day – in which the victory of the USSR over Nazism in 1945 is celebrated – it is urgent to deliver a result to Putin, such as complete control of Mariupol. Not surprisingly, the parades of May 9 in the self-proclaimed people’s republics of Donetsk and Luhansk were canceled.

In a city that unites the Donbass with the south of Ukraine and the Crimea, giving continuity to the areas controlled by the Russians, the undergrounds of Mariupol are also a symbol for which a tragedy is perpetuating. But Russia continues its attacks in other areas of Ukraine, starting with Odessa and Mykolaiv. The script is tried and tested, almost predictable: every evening in almost the whole country the sirens of the anti-aircraft alarms sound. And it happened yesterday too. Ukraine Pravda has relaunched news: “In the north-western part of the Black Sea there is a threat of enemy landings, the Russians are conducting actions with reconnaissance drones and attacks”. The operational command of Southern Ukraine has asked the population not to go near the beaches. The launch of cruise missiles takes place mainly from Russian ships on the Black Sea, but aerial bombings are also targeting, as a daily strategy, railways, electrical systems, fuel depots: the goal is to paralyze the dispatch of war material from West. A fire destroyed an oil depot in Makiivka, in the Donetsk region of Ukraine. The pro-Russian authorities in the area have accused the Ukrainians. In Ivano-Frankivsk, in western Ukraine, the mayor has launched an appeal to the citizens: if you can, leave the city, because in view of May 9 we expect violent Russian missile attacks.

Ukraine, direct. Moscow, blackmail on civilians: first the surrender of the Azovs. Israel: Putin apologized for Lavrov’s remarks about Jews