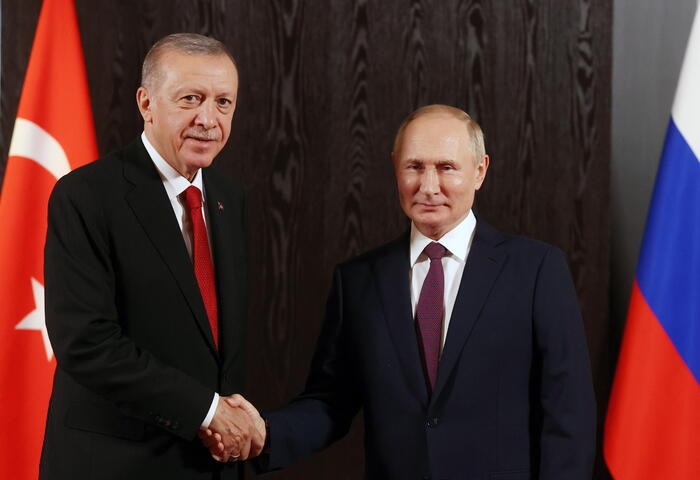 He comes from Varese even if he moved to Holland for years, the second Italian foreign fighter who died in Ukraine at the age of 27 while fighting the Russian army. Benjamin Giorgio Galli had enlisted with the international brigade fighting alongside the Kiev forces in early March and was in the area south of Karkhiv when he was killed in a bombing raid. His injuries were too serious, Galli died at the hospital in Kiev, where his parents, an Italian father and a Dutch mother, are now to take his body home.

The Duma, the lower house of the Russian parliament, approved a series of amendments to the penal code which provide for the strengthening of penalties in the case of “mobilization”, “martial law”, “wartime” and “armed conflict”. For draft evasion, a penalty of up to ten years of imprisonment is envisaged. This was reported by the Ria Novosti agency.

The amendments will go to a vote tomorrow in the Federation Council, the Russian Senate before being promulgated by President Vladimir Putin.

From 23 to 27 Septemberand will take place ireferendum on annexation with Russia in the self-proclaimed Republic of Lugansk, in that of Donetsk and in the part of the territory occupied by the Russians in the region Ukrainian of Zaporizhzhia.

“Naive blackmail with ‘referendum’ threats and horror stories‘and’ mobilizations’ of those who only know how to fight against children and peaceful people. This is what the fear of defeat looks like. The enemy is afraid, primitively manipulates. Ukraine will solve the Russian question. The threat can only be eliminated by force. “Thus the head of the Office of Ukrainian President Zelensky, Andriy Yermakcomments on Telegram on the announcement of a referendum in the occupied regions and the tightening of the penalties of the Duma in the case of the draft evaders of “general mobilization”.

Turkish President Recep Tayyip Erdoğan, in an interview with American TV PBs, picked up by the Guardian, stated that the lands invaded by Russia should be returned to Ukraine, including Crimea. (HANDLE)

For the German Chancellor Olaf Scholz, Russia’s “farce” referendums for the annexation of Donbass to Ukraine “are unacceptable”.

The indexes of the Moscow Stock Exchange collapsed by more than 10% immediately after the announcement of the referendum for the annexation to Russia in the Donbass and the Kherson region. Subsequently there was a partial recovery, with the Moex index which shortly after 3 pm local time (2 pm in Italy) marked a retreat of almost 8% and the RTS index down by 7.76%.

‘In Uzbekistan, I met with President Putin and we had very in-depth discussions with him. And he’s showing me that it is willing to put an end to this situation as soon as possible. This was my impression, because the way things are unfolding now is rather problematic; 200 hostages will be exchanged following an agreement between the parties. I think it will take ‘a significant step forward’. So the Turkish President Recep Tayyip Erdoğanin an interview with American TV PBs, taken up by the Guardian adding that its goal ‘is’ to put an end to this battle with peace’.

“The referendums in Donbass are of great importance not only for the systemic protection of the residents of the Republic of Lugansk and Donetsk and other liberated territories, but also for the restoration of historical justice”. Thus the vice-president of the Russian Security Council, Dmitri Medvedev, pushes on Telegram to hold the annexation referendums in the so-called pro-Russian separatist republics in Ukraine. “The invasion of the territory of Russia is a crime that allows the use of all self-defense forces”adds Medvedev, explaining that for this reason the referendums “are so feared in Kiev and in the West” and “must be held”.