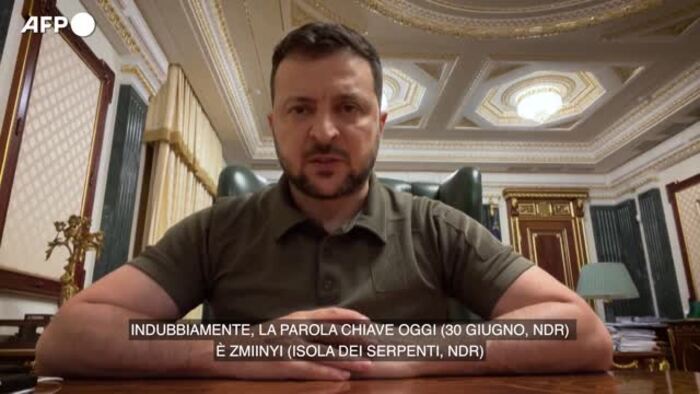 Lysychansk fell. The twin city of Severodonetsk, which remained the last outpost for the occupation of Lugansk, was conquered by the pro-Russian forces. “The unit of the allied forces is in the center of Lysychansk,” said the Chechen leader Ramzan Kadyrov quoted by Interfax. Meanwhile, the Russian offensive in Ukraine continues unabated, from Mykolaiv to Sloviansk.

Strong explosions were heard in the early hours of this morning in the Ukrainian city of Mykolaiv, according to Mayor Oleksandr Senkevich in a post on Telegram in which he invites the population to stay in shelters. The explosions were preceded by anti-aircraft sirens.

In the region of Sumy, in northeastern Ukraine, some 270 missiles of various calibers have been fired in the last 24 hours. This was reported by the regional governor, Dmytro Zhivytsky, as reported by the Ukrainian media. The attacks resulted in the wounding of a 64-year-old woman in the Shalyginsk area. “There is also damage to infrastructure: civilian homes, farms, power grids and a water tower,” the governor explained.

The Russians launched cluster bombs over Slovianskin Donetsk, killing 4 people and wounding 7 others. This was announced by the head of the military-civil administration of the city of Sloviansk, Vadym Lyakh, on his Facebook page, as reported by UNIAN. “The Lymany microdistrict – he says – was targeted. Barvinkivska, Pidhirna, Danylevsky Street. A peaceful private sector where there are no military facilities. As a result, four people died and seven were injured. Sloviansk was hit with Cluster bullets. They open overhead, like fireworks, but instead of beauty, they bring death. Such bullets do not cause total destruction of buildings. But they are very dangerous for people. 90% of people killed and injuries was on the street “. Lyakh invited the residents of the city to do not leave the houses “without urgent needs and to avoid gatherings of people”.

According to the latest report from the British Ministry of Defense, reported by the Guardian, Russia is making “little progress” around Lysychansk. According to British intelligence, Russian forces are continuing to make “small progress” in the strategic city of Lysychansk in eastern Ukraine with air and artillery strikes in the district. Ukrainian forces probably continue to block Russian forces in the southeastern suburb of the city.

British intelligence also believes that the Russian Federation is using old anti-ship missiles during ground attacks due to a possible reduction in stocks of more modern weapons. Ukrainska Pravda reports it. The report warns of the risk of collateral damage due to the inaccurate targeting of the oldest missiles. “As noted, the analysis of the CCTV footage shows – says Gb intelligence – that the missile that hit the Kremenchuk shopping center on June 27, 2022 was probably a Kh-32. This is a modernized version of the missile. Kh-22 of the Soviet era “. According to British intelligence, although the Kh-32 has several improved characteristics over the Kh-22, “it is not yet optimized for precision engagement of ground targets, especially in urban environments” and “this significantly increases the likelihood of collateral damage when targeting built-up areas “. According to intelligence, the attacks of 30 June 2022 in the Odesa region were also likely carried out by Kh-22 missiles.

Meanwhile the Armed Forces of Ukraine have so far eliminated 35,870 Russian invaders and destroyed 1,582 tanks and 800 artillery systems. This was claimed by the General Staff of the Ukrainian Armed Forces on Facebook, as reported by Ukrainska Pravda.