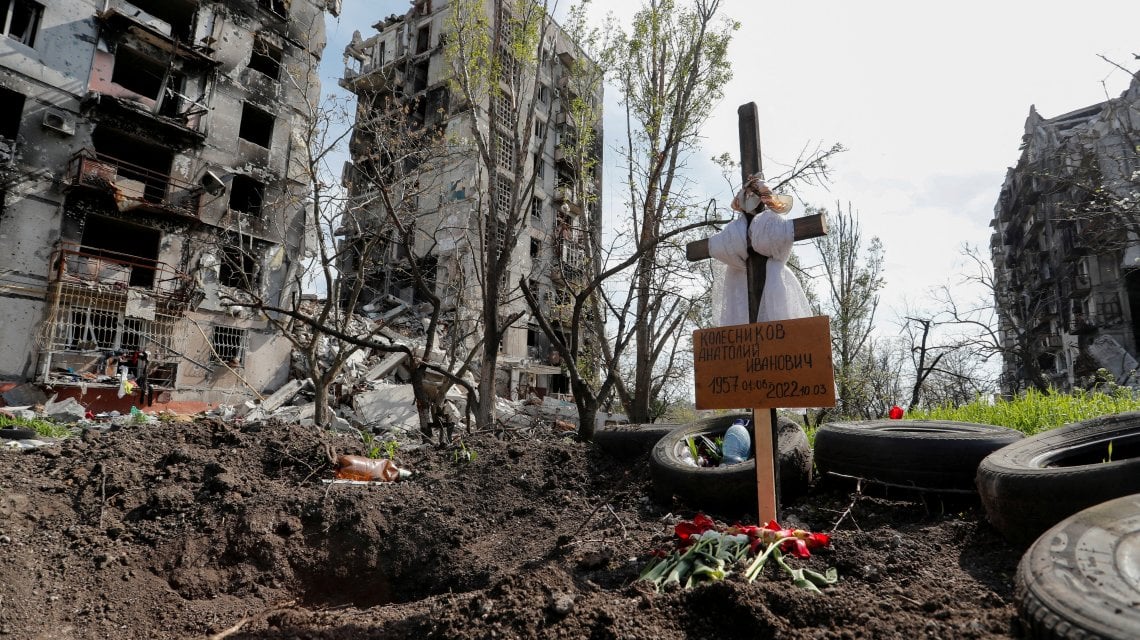 “The anti-aircraft warning sirens rang throughout Ukraine tonight.” The Kyiv Independent reports it. Also hit Kiev and Kharkiv. Attacks that follow those of yesterday evening. However, Moscow opens a ceasefire in the Mariupol area: “Three-day truce to allow the evacuation of civilians”. The commander of the Azov regiment commented: “I am proud of my soldiers who are making superhuman efforts to contain the pressure of the enemy. The situation is extremely difficult.” And Zelensky speaks like this: “Nobody can say how many days this war will go on. But I believe that the day of our liberation is approaching”.
“Russia has simulated the launch of nuclear missiles”, reports the news agency France Presse, quoting the Russian Defense Ministry. It would have happened in the Kaliningrad enclave, located between Poland and Lithuania.

04.04 Anti-aircraft alarm sirens throughout the country

The US provided intelligence that helped Ukrainians hit and kill several Russian generals who died in action in the Ukrainian conflict. The New York Times writes it citing senior American executives. Ukrainian officials say they have eliminated about 12 Moscow generals at the front, a number that amazed military analysts.

The Russian army simulated the launch of nuclear missiles in the Kaliningrad enclave, located between Poland and Lithuania. This was stated by the Russian Defense Ministry specifying that the combat units used also carried out “operations in conditions of radiation and chemical contamination”. Russia put its nuclear forces on alert shortly after the invasion of Ukraine on February 24th.

02.16 Kiev, too slow military aid from some governments

“Soviet-era arms stocks are dwindling, but Russian aggression is not. This is why Ukraine switches to modern equipment. Training is required, but we learn soon. Indeed, we learn to use. modern weapons faster than some governments require to decide to supply them “: Ukrainian Foreign Minister Dmytro Kuleba writes in a tweet.

01.37 Another 300 civilians evacuated from Mariupol arrived in Zaporizhzhia

Over 300 civilians arrived in Zaporizhzhia from Mariupol and its surroundings yesterday thanks to the humanitarian corridors coordinated by the International Red Cross and the United Nations. “Many arrived with nothing but the clothes they were wearing. Now we will support them in this difficult time, our work must go on and on,” Osnat Lubrani, UN humanitarian coordinator in Ukraine, tweeted.

“Another night in Ukraine, another barrage of Russian missiles raining down on peaceful Ukrainian cities. They want to bring us down with their missile terrorism. But the only thing that will ultimately collapse is Russia and its ability to invade, bomb , kill, rob and rape “: Ukrainian Foreign Minister Dmytro Kuleba writes in a tweet.

Another night in Ukraine, another barrage of Russian missiles raining down on peaceful Ukrainian cities. They want to break us down with their missile terrorism. But the only thing that will break down in the end is Russia and its capacity to invade, bomb, murder, loot, and rape.

The President of Ukraine Volodymyr Zelensky had an interview with Israeli Prime Minister Naftali Bennett. “I informed him about the situation of the fight against the aggressor and about the critical situation in Mariupol,” wrote the Kiev leader on twitter.

00.14 Zelensky, the day of liberation is near

“No one can say how many days this war will go on. But I believe the day of our liberation is approaching.” Ukrainian President Volodomyr Zelensky said this during a speech to Denmark on the anniversary of the country’s liberation from Nazi occupation during World War II.
“The Russian state is not ready to stop the war. They are dreaming of capturing Ukraine and other European countries. They are still dreaming of Europe’s freedom disappearing. But their dreams will not come true. The dream of peace will come true -” he added, according to CNN – just like it happened 77 years ago “.

“Today the second phase of our evacuation operation from Mariupol ended. 344 people were rescued from the city and its surroundings.” Thus Ukrainian President Volodomyr Zelensky in a post on Telegram. Zelensky explained that the evacuated civilians left for Zaporizhzhia: “Our team – he added – is preparing to meet them and will likewise meet the more than 150 people who were evacuated yesterday from the Azovstal. All will receive the necessary help” .
“I am grateful to everyone involved in making the evacuation operation a success. We agree and hope to continue saving people from the Azovstal from Mariupol,” he added taking stock of the 70th day of the war.

“I am proud of my soldiers who are making superhuman efforts to contain the pressure of the enemy. The situation is extremely difficult.” The commander of the Azov regiment Denis Prokopenko said this, according to the Guardian, in a video message on Telegram on the day Russian forces entered the Azovstal steel plant in Mariupol, meeting resistance from Ukrainian forces.

The Russian generals at the crossroads, the nightmare of the war of attrition

“The way President Putin defined victory was to conquer Ukraine, this didn’t happen. He wanted to march on Kiev he didn’t succeed, he wanted to divide the West, he didn’t succeed, so Russia has already lost.” White House spokeswoman Jen Psaki said this in a press briefing. “The United States will continue to do everything to help Ukraine,” she added.