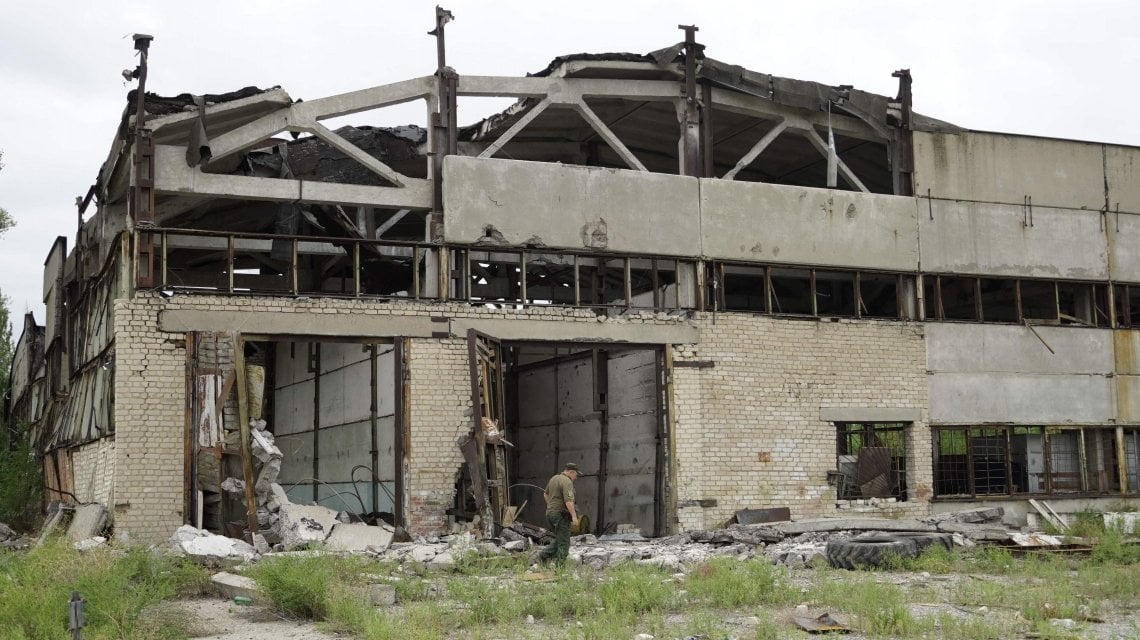 “The military command of the Russian Federation has suspended the dispatch of new units”. This was announced on Facebook by the General Staff of Kiev. And the Ukrainian Defense Ministry claims that Ukrainian forces have cleared nearly 6,000 square kilometers of land. Meanwhile, the United States claims that the Russia has largely given up his conquests near Kharkiv and that many retreating soldiers have left Ukraine. This was stated by a senior US military official, according to international media, including the Guardian. Meanwhile, the International Atomic Energy Agency (Aiea) has declared that the second reserve power line for powering the Zaporizhzhia nuclear power plant has been restored. On the diplomatic front, negotiations are still stalled, with Medvedev reiterating the conditions of the Kremlin: “Total capitulation of the Kiev regime on Russian terms”. But for Zelensky the negotiations are “impossible until the complete liberation of the occupied territories”.

It could take Russia years to rebuild one of its most prestigious units, the First of the Army Armored Guards (1Gta), after the retreat from the Kharkiv region: British intelligence writes in its daily update on the situation in Ukraine. Elements of the Russian army that withdrew from the Kharkiv region belonged to the 1Gta, which is dependent on the Western Military District (Wemd), explains the report released today by the London Ministry of Defense which points out that the 1Gta suffered heavy losses early on. invasion and was not fully restored before the Ukrainian counter-offensive in the Kharkiv region. With the 1GTA and other WEMD formations “severely degraded”, the Russian conventional force designated to face NATO in the event of war is “severely weakened”, the report concludes, stressing that “Russia will probably take years to rebuild its military capacity”. .

Kiev, 53,300 Russian soldiers killed since the beginning of the war

Some 53,300 Russian soldiers have been killed in Ukraine since the invasion began, according to the Kiev army. In its update on Moscow’s losses so far, the Ukrainian military indicates that 244 fighters, 213 helicopters and 904 drones have also been shot down. He brings it back Ukrinform. In addition, the Kiev forces claim to have destroyed 2,175 Russian tanks, 1,279 artillery systems, 4,662 armored personnel carriers, 15 ships and 233 cruise missiles.

Five civilians died and another 10 were wounded yesterday in the Donetsk region, in eastern Ukraine, due to Russian bombing: the head of the regional military administration announced on Telegram, Pavlo Kyrylenko. He brings it back Ukrinform. “On September 12, the Russians killed five civilians in the Donetsk region: three in Vuhledar, one in Heorhiyivka and one in Slovyansk. Ten more people were injured,” Kyrylenko wrote.

Kiev, 9 attacks on Russian forces in the past 24 hours

The Ukrainian army has launched nine attacks against Russian forces in the last 24 hours and the latter have launched 38: the General Staff of the Armed Forces of Ukraine announced this morning in its daily update, according to reports Ukrinform. In particular, the Russians launched two missile attacks, 25 air strikes and 11 attacks with multiple launch rocket systems (Mlrs) against military and civilian targets in Ukrainian territory.

Ukrainian forces have reported significant progress in their counter-offensive against Russian troops, but it is too early to predict the final outcome of the conflict. This is the opinion expressed by the US Secretary of State Antony Blinken, talking to reporters in Mexico City. “It is clear that we have seen significant progress from the Ukrainians, particularly in the Northeast, and this is the product of the support we have provided, but first of all it is the product of the extraordinary courage and resilience of the Ukrainian armed forces and the Ukrainian people “, said the head of American diplomacy. Except then add that “it is too early to say exactly where it will end”. Blinken warned that “the Russians maintain very significant forces in Ukraine, as well as equipment, weapons and ammunition. They continue to use them indiscriminately not only against the Ukrainian armed forces, but also against civilians and civilian infrastructure, as we have seen”.

Sony: media, music division goes out of business in Russia

Sony’s music division will cease operations in Russia in response to Moscow’s invasion of Ukraine. The Kyodo agency anticipates it.
Sources familiar with the dossier cite the “humanitarian impact” that the ongoing conflict has on the group’s activities, considered unsustainable.
The Japanese electronics and entertainment company, which had already suspended much of the business a few weeks after the conflict began, intends to sell the Russian-based music label and transfer the catalog of artists under contract to a local company, although the details of the financial arrangements are unknown.

Study: war in Ukraine costs the Italian system over 16 billion

The war in Ukraine is generating an added value loss of over 16 billion euros. The so-called energy-intensive sectors suffer the most: transport, products deriving from oil refining, chemicals, metallurgical products, construction. In addition, over 2.3 million companies active in the sectors most linked to energy.
Six are the most affected territorial economic systems: Lombardy, Emilia-Romagna, Lazio, Veneto, Piedmont and Tuscany whose production contraction, equal to 11.4 billion euros, would represent as much as 70 percent of the overall Italian figure. This is what emerges from a study by the Demoskopika institute which estimated the possible impact of the war on the productive fabric by region for 2022.

The International Atomic Energy Agency (Aiea) has declared that the second reserve power line for powering the Zaporizhzhia nuclear power plant has been restored. “A second backup power line for Ukraine’s Zaporizhzhia nuclear power plant has been restored, allowing the operator to maintain one backup line while the other provides the plant with the external electricity it needs for reactor cooling and other essential security features during arrest, “the agency said in a statement on its website, according to Tass.

Zelensky: Russians attack civilian infrastructure because they are desperate

“They cannot do anything to our heroes on the battlefield and that is why Russia is directing its vile attacks on civilian infrastructure. It is a sign of desperation.” Thus the Ukrainian President Volodymyr Zelensky, in his usual evening video, attacks the Russians after the successes of the Ukrainian counter-offensive.
Even with respect to energy infrastructure, for the Ukrainian president “Russia is trying to prevent us from directing Ukraine’s ability to stabilize the situation in Europe. Our electricity exports are what Russia is very afraid of right now. Why? Why?” we can break Russian plans to empty the pockets of Europeans this winter because of the crazy energy prices. “

The United States claims that Russia has largely given up its conquests near Kharkiv and that many retreating Russian soldiers have exited Ukraine, moving across the border and re-entering Russia. This was stated by a senior US military official, according to international media including the Guardian.

The Ukrainians have gained ground through the counter-offensive in recent weeks but the battle remains tough. This was stated by a Pentagon official quoted by the American media.

Kiev: almost 6 thousand square kilometers taken back to the Russians

Since the start of the counter-offensives in various Ukrainian regions, especially the eastern ones, Kiev’s forces have taken back almost 6,000 square kilometers of territory from the Russians. This was stated by the Deputy Minister of Defense of Ukraine, Hanna Malyar, quoted by UNIAN.

Kiev: “Moscow suspends the sending of new units to Ukraine”

“The military command of the Russian Federation has suspended the sending of new and already formed units to the territory of Ukraine”. This was announced on Facebook by the General Staff of Kiev, according to reports from the Guardian.