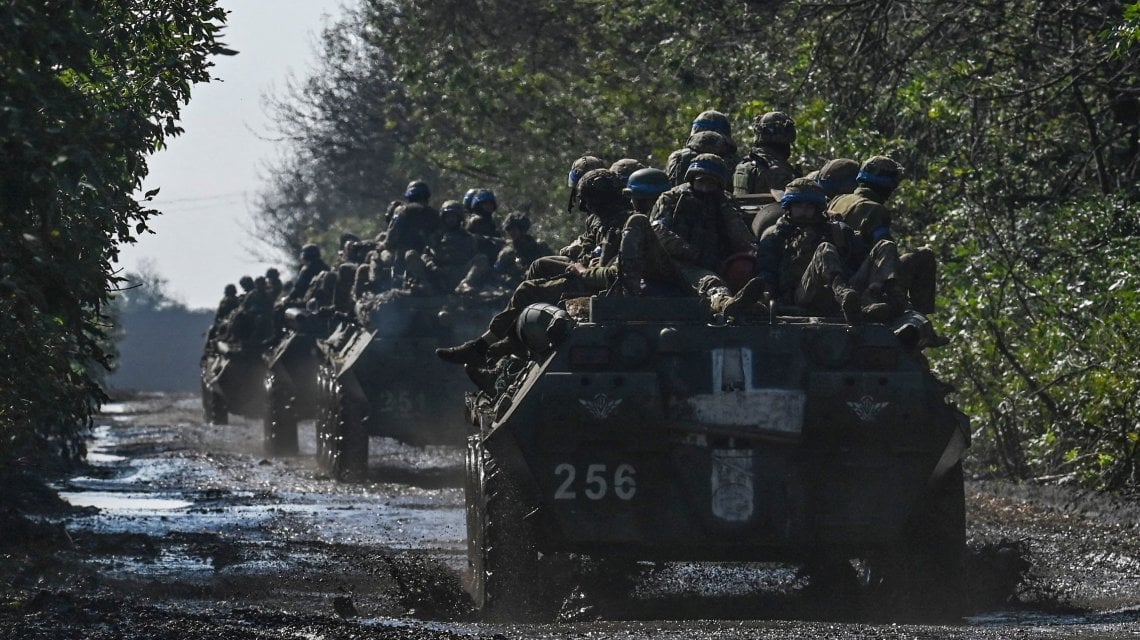 The Ukrainian president Volodymyr Zelensky is putting pressure on Joe Biden: asks that the United States supply to Kiev a new and more powerful weapon, that is a missile system with a radius of 305.7 kilometers, therefore able to reach Russia. The New York Times reports it, noting that Zelensky has assured the Americans that he does not intend to hit Russian cities or civilian targets. But Biden is resisting the demand. “We are trying to avoid the third world war”, the American president is repeating to his collaborators.

Meanwhile, a convoy with on board the Pope’s envoy in Ukraine, cardinal almsgiver Konrad Krajewski, together with two bishops, accompanied by a soldier, was hit by gunshots. The cardinal is fine. Biden warns Putin about warfare and the use of nuclear or chemical weapons: ‘Don’t do this. The face of war would change. ‘

And the Russian embassy in Italy returns to turn to Repubblica, this time the starting point is a cartoon by Altan. “We rarely agree with what Repubblica writes, but how can we not agree with the second person in the cartoon?” Asks the twitter account of the Moscow representation in Italy. In the cartoon, the first character says: “The Russians pay to mess up our political life.” The second replies: “Wasted money. We already do it ourselves. Free”.

War in Ukraine, global tensions: what you need to know

Australia will not ban Russian tourists from entering the country

Among the sanctions imposed on Russia by Australia there will be no prohibition for Russian tourists to enter the country: Defense Minister Richard Marlessaid said. Since the start of the conflict, Australia has sanctioned Russian personalities and entities, including most of the Russian banking sector. It also provided defense equipment and humanitarian aid to Ukraine, while banning aluminum and bauxite exports to Russia.

Ukrainian army destroys a barge with personnel and equipment in southern Ukraine. The Ukrainian Operational Command “South” reported that Ukrainian forces also killed 62 Russian soldiers and destroyed two UAVs and five armored vehicles. The Russian soldiers – reports the Kyiv Independent – tried to advance but were pushed back by Ukrainian soldiers in Kherson Oblast, the command said.

NATO: support for Kiev as long as it is needed

NATO is ready to support Ukraine against the Russian invasion “as long as it is needed. Winter is coming, but our support will remain firm”. This was stated by Admiral Rob Bauer, president of the NATO military committee, who met in Tallinn. “The ammunition, equipment and training provided by allies and other nations are making a difference on the battlefield,” Bauer said. The admiral also wanted to underline how the Ukrainians, “with their successes on the ground and online, have fundamentally changed modern warfare”. Ukrainians were very creative in using the weapons provided to them, “they used them in ways that we don’t normally use,” he said.

“Unfortunately, in those of our territories that have recently been liberated by the occupier, particularly in the Kharkiv region, terrible scenes of torture and abuse of the civilian population are discovered. We all know the cities of Bucha, Borodyanka, Irpin, Hostomel near Kyiv. But what looks to the eyes in Izyum and other cities in the Kharkiv region can be dozens of times worse. Near the city of Izyum they found a huge cemetery, mass burial in which more than 400 innocent people have already been identified. tortured and killed “. The archbishop of Kiev denounced this in the daily video message. “We were all shocked by the footage of Balaklia where in the torture chamber on a dark green wall the prayer” Our Father “was found – scratched by a prisoner. One can only imagine what the prayer of prisoners in torture centers was like. Russian sites in the Ukrainian region of Kharkiv “.

Ukrainian President Volodymyr Zelensky is putting pressure on Joe Biden for the United States to provide Kiev with a new and more powerful weapon, a missile system with a range of 305.7 kilometers, capable of reaching Russia. The New York Times reports it, noting that Zelensky has assured the Americans that he does not intend to hit Russian cities or civilian targets. But Biden is resisting the demand. “We are trying to avoid the third world war”, the American president is repeating to his collaborators.
The debate on the Army Tactical Missile System comes at a critical moment, in which concern in the American administration over an escalation by Vladimir Putin prevails. The worst options that are being prepared for include indiscriminate bombing of Ukrainian cities, a campaign to kill Kiev’s leaders or an attack on one of the arms supply centers outside Ukraine and particularly in the NATO countries of Poland and Romania.

Zelensky: The Russians will answer for atrocities like the Nazis

“Torture was a widespread practice in the occupied territories. This is what the Nazis did. This is what the Russians do. And they will respond in the same way, both on the battlefield and in the courtroom. We will identify everyone who has tortured, humiliated, who brought these atrocities from Russia here, to our Ukrainian land. ” This was stated by Ukrainian President Volodymyr Zelensky in the evening video message on Telegram talking about the atrocities committed by Moscow troops in the Kharkiv region and the mass burials in Izyum of civilians who were tortured, died of starvation or bombed.

Ukraine – Russia, news from the war today. Nyt: Zelensky asks the US for more powerful weapons, Biden resists: “We are trying to avoid the third world war”