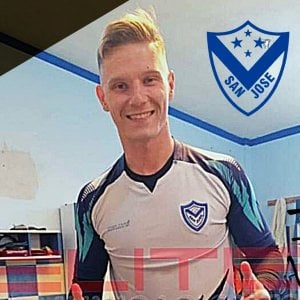 Two explosions during the night in Belgorod, the region of southern Russia on the border with Ukraine. Governor Vyacheslav Gladkov reports this in a post on social media. “There were no casualties or damage,” Gladkov wrote. Meanwhile, 100 people have been evacuated from the Azovstal steel complex in Mariupol. But hundreds of Ukrainian civilians are still trapped in the ruins of the plant and President Volodymyr Zelensky said the rescue operations would resume in the morning.

Kiev “is sabotaging” the negotiations with Russia “. This was stated by the Russian Foreign Minister, Serghei Lavrov, interviewed during the White Zone program, broadcast on Rete 4. Lavrov also added that” do not underestimate the risk of a war nuclear power “and accused Italy of being” in the front row against Moscow “.” We were surprised – he explained – Some statements by Italian politicians and media went beyond good diplomatic and journalistic standards. “And he added that Moscow does not aims to “overthrow Zelensky”, the goal is “that no more threats to Russia will come from Ukraine”.

“Russia is fighting for its security, against the Nazis who took power and were killing people in Ukraine,” said Nicaraguan President Daniel Ortega quoted by local media and taken up by the Russian agency Tass.

05.05 Washington, Biden’s visit to Ukraine is only a matter of time

Adam Schiff, chairman of the US House Intelligence Committee, told CNN that “it’s only a matter of time” before US President Joe Biden visits Ukraine.
US House Speaker Nancy Pelosi met Ukrainian President Volodymyr Zelensky in Kiev on Sunday

The Russian chief of staff, General Valery Gerasimov, visited front-line positions in eastern Ukraine last week in an effort to reinvigorate the offensive of the Moscow forces. The New York Times reported, citing Ukrainian and US officials.
Moreover, during his visit Gerasimov allegedly escaped a Ukrainian attack on Saturday on a school used as a military base in the Russian-controlled city of Izium: about 200 soldiers, including at least one general, were reportedly killed in the bombing but Gerasimov was already left for Russia.

Sviastoslav Palamar, deputy commander of the Azov regiment, is helping to defend the last section of Mariupol not occupied by the Russians, and is happy that the evacuations have begun. “There is rubble – he told the AP agency – We have no special equipment. It is difficult for soldiers to collect slabs that weigh tons,” he said. The Azovstal plant is littered with mines, rockets, artillery shells and ordnance. unexploded clusters, he said.The presence of children and civilians makes fighting more difficult and there are many injured people at the plant.

Ukrainian troops bombed two Donetsk districts in 13 minutes. This was reported through Telegram, the representative office of the Donetsk People’s Republic of the Center for Control and Coordination (JCCC).
At 23.54 on Sunday, Ukrainian security forces fired from the village of Vodiane in the Kuibyshev region, and at 00.07 from Krasnogorovka, four rockets were fired into the Kirov region.

02.05 Explosions in the Russian region on the border with Ukraine, no casualties

Two explosions occurred early Monday in Belgorod, the region of southern Russia bordering Ukraine, writes Vyacheslav Gladkov, the region’s governor in a post on social media. “There were no casualties or damage,” Gladkov wrote.

Donald Trump recalled in Nebraska, where he is speaking to hundreds of supporters, that with him in the White House, Russian President Vladimir Putin “would never invade” Ukraine. “Putin – he added – saw weakness. He saw incompetence” in the Biden administration.

Donald Trump: “With me Putin would never have invaded Ukraine”. And he asks for “cognitive test” for Biden

Until recently, a Russian spy worked in the general staff of the Ukrainian armed forces, but he was exposed and arrested by the Ukrainian security services. This was stated by Oleksiy Arestovych, adviser to the head of the Office of President Volodymyr Zelensky.
In addition to the enemy resource in the general staff – says Arestovych, quoted by the Ukrinform agency – several other people who had no connection with the military headquarters were “unmasked”.

Russian leaders have drawn up an elaborate plan to invade Moldova soon in what could lead to a repetition of a ‘Donbass’ scenario in the region. Ukrainian media reported it.
There are “a series of indicators” that signal an attack in the near future on the former Soviet state which has only 3,250 soldiers in its army, suggest Ukrainian intelligence sources cited by Suspiline. Some activity is already being observed at Tiraspol airport, the capital of the unrecognized republic of Transnistria. The Russians could try to transfer troops to planes and helicopters taking off from occupied Crimea.

Still surprises in the story of Ivan Luca Vavassori, the Italian fighter volunteer in the war in Ukraine, former football player and adopted son of the Lombard entrepreneur Pietro Vavassori. After having published a story on his Instagram profile on Sunday morning in which he declared his desire to “go all the way” in his mission in Ukraine, he published a further message in the evening that suggests an opposite outcome. “I’m fed up, that’s enough for me – he writes in Spanish – It’s time to go home, I no longer have the head to go on. I did my best to help. I put my time and life at the disposal of the Ukrainian people,” but it’s time to take my life back. “

Nearly 4.5 million tons of grain were blocked in Ukrainian ports due to the Russian invasion. This was stated by Martin Frick, an official of the United Nations World Food Program (Wfp).
“Hunger should not become a weapon,” Frick said, calling for the resumption of Ukrainian food supplies to other nations to alleviate the global food crisis.
Before the war, Ukraine was one of the largest wheat exporters and corn producers in the world, and many countries rely on Ukrainian wheat supplies, according to the UN.

The evacuations from Mariupol will continue tomorrow, Monday, if “all necessary conditions” are met. This was stated by Ukrainian President Volodymyr Zelensky, quoted by the Guardian, after today a hundred civilians were evacuated from the Azovstal steel plant. “For the first time – said Zelensky – this vital corridor has begun to function. For the first time there has been a true two-day ceasefire in this territory. We will continue to do everything to evacuate our people from Azovstal,” from Mariupol in general. These humanitarian corridors are one of the elements of the ongoing negotiation process “

“That President Volodymyr Zelensky is Jewish has no meaning. In my opinion, Hitler was also of Jewish origins.” Russian Foreign Minister Serghei Lavrov, interviewed in Zona Bianca on Rete 4, thus answered the question whether he does not consider it paradoxical to accuse the Ukrainian president of being the head of a country which, according to Moscow’s claims, must be “denazified”. Lavrov reiterated the accusations in Kiev of using “neo-Nazi” forces such as the Azov battalion. “People – he said – who have tattooed the swastika on their skin, which reads and approves the Mein Kampf”.

After a rare ceasefire that allowed the evacuation of about 100 people, the bombing of the Azovstal steel plant in Mariupol has resumed. This was reported on Ukrainian television by a soldier present in the besieged city.
“The occupiers resumed firing on Azovstal as soon as the evacuation of some Ukrainians was completed,” said the commander of the 12th National Guard Brigade Denis Schlega. They are “using all kinds of weapons,” he added.

Ukraine – Russia, news from the war today. One hundred civilians evacuated from Azovstal. Lavrov: “Italy in the front row against Moscow”