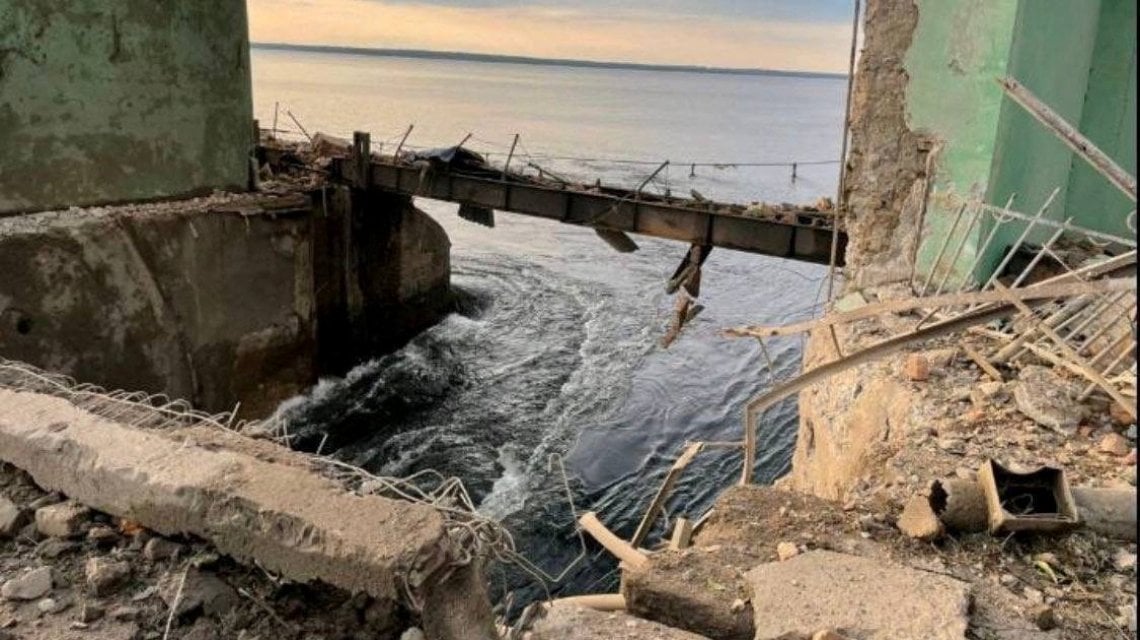 “If Kiev got” the long-range missiles he requested United States, “big Russian cities could be hit and this would mean direct US involvement in a military confrontation with Russia.” She told the agency Sputnik the Russian ambassador to the USA, Anatoly Antonov.
Meanwhile, the Ukrainian counter-offensive continues, with the release of almost 8.5thousand kilometers squares of territory. The Russians are in retreat, after surrendering Kharkivbut hit the city of Kryvyj Rih, causing the dam to collapse and causing the risk of flooding.

While the Ukrainian president Volodymyr Zelensky “was involved in a car accident”, but “was not seriously injured”. The dynamics will investigate the police.

Russian and Chinese warships are conducting joint patrols in the Pacific, including the Sea of ​​Okhotsk, in the Russian Far East, and are preparing to launch joint exercises. This was announced by the Moscow Ministry of Defense.

“Ships of the Russian and Chinese fleets will carry out joint tactical maneuvers including artillery fire with real ammunition and helicopter support operations that will take off from the same ships,” said in a video the deputy commander of the Primorye flotilla, a Russian region. northwest of Japan. This was reported by the Interfax agency.

The interim mayor of Zaporizhzhia Anatoly Kurtev he said a Russian missile was launched on the city today causing several damage and a temporary blackout. No casualties were reported. It was reported on Kyiv Independent.

“In Kiev, for mine third visit since the beginning of the war in Russia. Many things have changed.
Ukraine is now an EU candidate. I will discuss with Volodymyr Zelensky And Denys Shmyhal how to continue to bring our economies and our peoples closer together as Ukraine progresses towards membership. “The president of the European Commission wrote on Twitter Ursula von der Leyen.

So much has changed.
Ukraine is now a ???? candidate.

I’ll discuss with @ZelenskyyUa and @Denys_Shmyhal how to continue getting our economies and people closer while Ukraine progresses towards accession. pic.twitter.com/zs9tMm0Mx1

Part of the residents of Kryvyi Rih, the president’s hometown Volodymyr Zelensky in southern Ukraine, it was evacuated after the Inhulets River flooded the streets in the Russian dam attack yesterday afternoon. Eight cruise missiles were fired at the facility.

“Russia has committed another terrorist act. They hit a very large hydrotechnical facility, the attempt is to wash away a part of our city. We are monitoring the situation, but the water level has risen,” the chief said. of the military administration Oleksandr Vilkulquoted by Ukrinform.

Zelensky: Reconquered towns and villages have been devastated

Ukrainian President Volodymyr Zelenskiy said towns and villages recaptured after the invasion by Russian forces have been devastated, while Kryvyi Rih, the largest city in central Ukraine, is struggling to contain damage to its water system following missile attacks. of the Kremlin forces. “The water pumping station was destroyed. The river broke through the dam and overflowed. The residential buildings are just a few meters from the river,” Ukrainian lawmaker Inna Sovsun said on Twitter.

Zelensky involved in car accident, did not suffer serious injuries

Ukrainian President Volodymyr Zelensky “was involved in a car accident” in Kiev, but “was not seriously injured”. His spokesman Sergii Nykyforov made it known in a post on Facebook, explaining that the leader of Kiev was visited by a doctor. On the dynamics, adds Nykyforov, the police will investigate.

Nykyforov explained that the car collided with a private vehicle, but did not specify when the accident occurred.
“The doctors accompanying the president rescued the private car driver and put him in an ambulance,” Nykyforov finally said.

CNN, former US governor in Moscow for release of basketball star Griner

Bill Richardson, a former diplomat and former governor of New Mexico, is in Moscow this week for meetings with the Russian leadership. CNN reports it, recalling that Richardson runs a private center that bears his name and that works on behalf of hostage and inmate families.
The hypothesis therefore is that he is working for the release of two Americans detained in Russia, the female basketball star Brittney Griner and the former marine Paul Whelan.
State Department spokesman Ned Price said that “anyone who goes to Russia goes there as a private citizen and does not speak on behalf of the US government,” and indeed could hamper official negotiations for the release of the two American citizens.

White House: new weapons in Kiev in the coming days

In the “next few days” the United States will provide additional military aid to Kiev. This was confirmed by the spokesman for the National Security Council, John Kirby, speaking with CNN. Ukrainian forces, Kirby said, “are on the offensive” in the Donbass and the Kherson region and the US “wants them to have the tools they need to move forward”, including “very effective” artillery systems capable of striking beyond the Russian lines.

Ukraine – Russia, news from the war today. The Russians bomb the Zelensky city dam. The president involved in a car accident