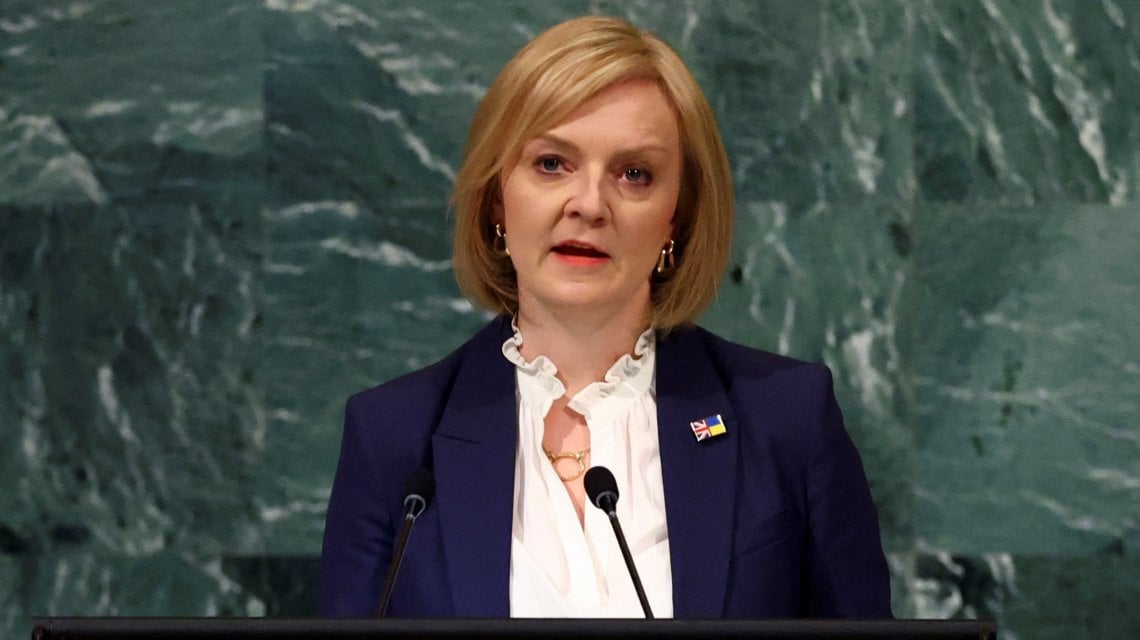 The day of Putin’s speech, with the announcement of the partial mobilization, of the referendums for the annexation to Russia in the occupied Ukrainian territories and with the raising of tones on the use of nuclear weapons, finds its counterbalance in the evening, with the speech in video link with the UN general assembly of Volodymyr Zelensky. The Ukrainian president has asked to deprive Russia of the right of veto in the Security Council, of which Moscow is a permanent member and with which it effectively paralyzes the decision-making action of the body. Everyone wants peace except Putin, which is why, Zelensky stressed, only a military victory can now liberate Ukraine. Hence the Ukrainian demands: “Time, support, weapons, defense systems and even financial support”. But Zelensky’s peace also has conditions. Among these, the establishment of a “special court” to punish Russian crimes and an “international compensation mechanism” for the devastation suffered by his country. Zelensky also hinted at the ceiling on the price of Russian gas and oil: “It’s time to impose it, they finance Putin’s war”. Exchange of prisoners: free 215 Ukrainian soldiers, including the “hero” commanders of the Azovstal defense, in exchange for the pro-Russian Ukrainian oligarch Medvedchuk.

EU ministers are considering new sanctions against Russia. This was stated by Josep Borrell, High Representative of the Union for Foreign Affairs and Security Policy.

Truss to the UN: from London military aid to Ukraine until victory

“London is committed to providing military aid to Ukraine until victory over Russia”, so Liz Truss at the UN General Assembly. “In this critical moment of the conflict – said the British premier – I promise that we will maintain or increase our military support for Ukraine for as long as necessary. We will not stop until Ukraine has triumphed” she concluded.

Blinken: mobilization is a sign of the difficulties of the Kremlin

“President Putin’s decision to partially mobilize Russian citizens, ordering them to fight in Ukraine, reflects the Kremlin’s difficulties on the battlefield, the unpopularity of the war and the reluctance of Russians to fight it”, says the Secretary of State Use Antony Blinken. “Putin is not operating from a position of strength but this is rather a sign of his mission failure,” he added.

USA, whoever wins in Italy will not leave coalition in support of Ukraine

“We do not believe that, regardless of the outcome of the vote, Italy will somehow withdraw from the Western coalition of countries that support Ukraine.”: A senior White House executive told reporters on the sidelines of the assembly. of the UN. “And we don’t think our key partners in Europe think that either, even if that doesn’t mean it will be exactly the same as with Draghi,” he added. “But – he continued – we think that this ‘end of the world’ narrative on the Italian elections does not correspond with our expectations of what will happen”.

USA: Russia wants to use referendums to justify nuclear option

Vladimir Putin “is playing the nuclear card now” and is building another “legal pretext” with farce referendums in the Donbass, so that, if they pass, any attempt by Ukraine to retake those territories will be seen as an attack on Russia. , allowing you to use all the options: a senior US administration executive said in a briefing. “We are sending a very clear message to Russia about the consequences of the escalation. This does not mean that we are blind to the dynamics that could lead to an escalation.” The same source described Putin’s attempt as a “sort of bizarre Russian version of Article 5”, the one on NATO’s mutual defense. But according to the senior executive, many countries will not bite Putin’s “absurd” arguments and his attempt “will not be successful”.

Kiev: 5 “hero” commanders of the Azovstal defense were among the freed soldiers

As part of the massive exchange of prisoners of war between Russians and Ukrainians, “five heroes, commanders of the Azovstal defense, were exchanged for 55 prisoners of war,” who do not interest us “: the head of the office of Ukrainian President Volodymyr Zelensky, Andriy Yermak, according to Ukrinform. “It was a difficult process – he added -. We have 215 released people: this is a significant achievement, due to correct tactics using a position of strength, which includes the results of the front line efforts of the armed forces. “Among the freed people are also 10 foreigners who fought alongside the Ukrainians, some of them threatened with death, released thanks to the efforts of Saudi prince Mohammed bin Salman, are now in Riyadh.

The approximately two hundred Ukrainians prisoners of the Russians were released thanks to an exchange with the pro-Russian Ukrainian oligarch Viktor Medvedchuk, accused of high treason, “who has already provided all possible evidence to the investigation”: the head of the office revealed. by Ukrainian President Volodymyr Zelensky, Andriy Yermak, according to Ukrinform. The exchange – he added – “is the result of personal agreements between President Zelensky and President (Turkish, ed) Erdogan”. “The Russians wanted to blackmail us with their lives, but we won’t let them do it with anyone,” Yermak stressed. “Results we have been working on for a long time. Today we managed to free 215 of our people from Russian captivity. Among them are 124 officers,” said Yermak. Among the released prisoners are the leaders of the Azovstal defense. The pro-Russian Ukrainian oligarch Viktor Medvedchuk and 55 other soldiers were returned to Russia.

215 Ukrainian soldiers have returned free with the exchange of prisoners

A total of 215 defenders of the Azovstal steel mill in Mariupol, the last Ukrainian stronghold in the area, detained by the Russians, were released as part of a massive prisoner exchange effort. This was stated by the head of the president’s office, Andriy Yermak, according to reports from Ukrinform. “President Volodymyr Zelensky has set a clear goal: to bring our heroes home. The result: our heroes are free,” President Andriy Yermak’s office head wrote on Facebook.

Exchange of prisoners, Russia releases some commanders of the Azov battalion

The Ukrainian parliament has announced the release of some officers from the Azov battalion. The confirmation also from Russia, through the Suspline public channel, which speaks of an exchange of prisoners that took place near the city of Chernihiv, in the north of Ukraine. Further confirmation, an image appeared on the Telegram account of Andriy Biletsky, the founder of the battalion, showing him together with one of the freed soldiers and making the sign of victory with the caption: “In service”.

Ukraine – Russia, news from the war today. USA: whoever wins the elections, Italy will not leave the coalition