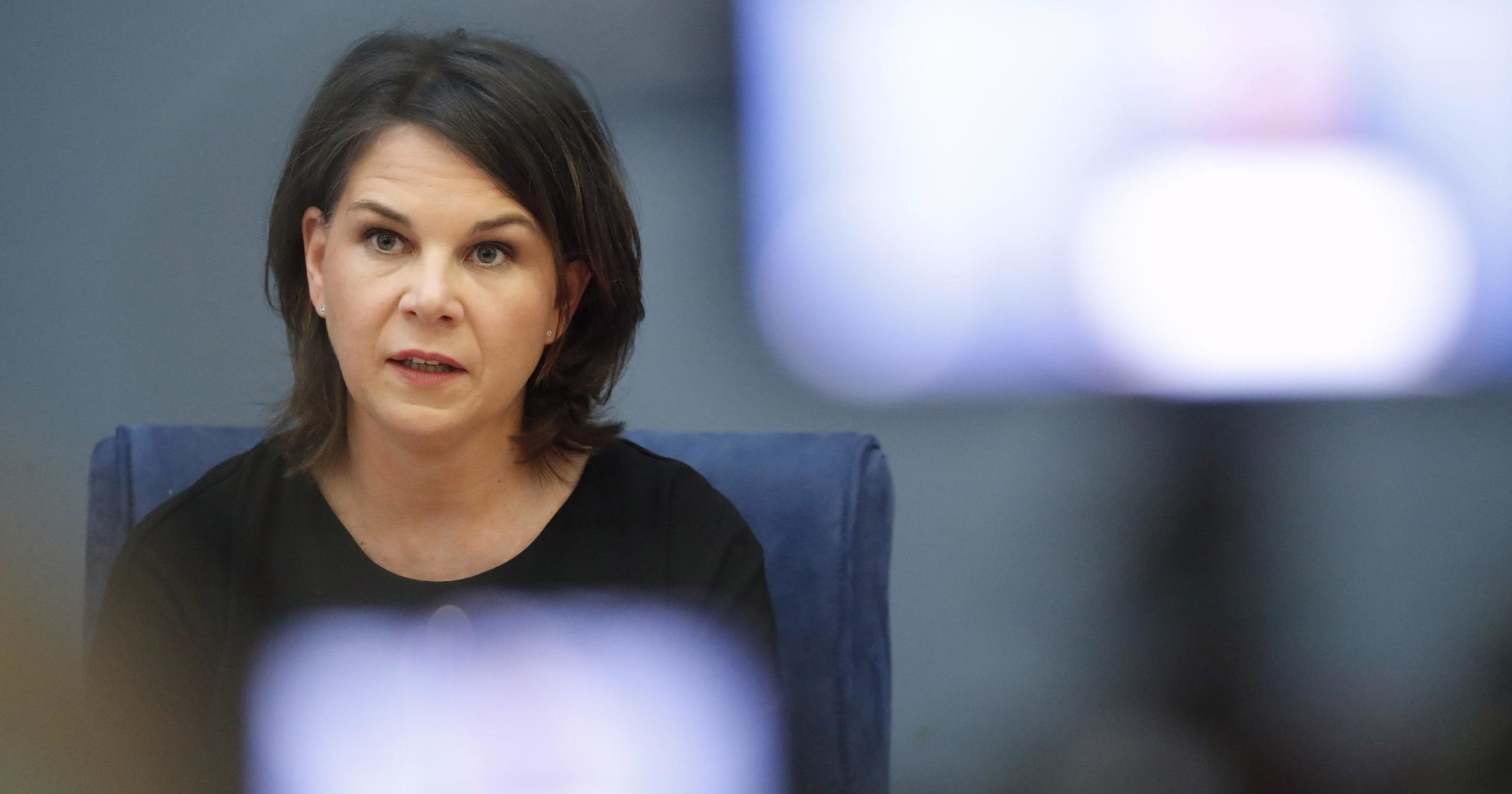 Struck Orthodox church in the attack in Odessa

The Russian missile attack on Odessa in the afternoon hit one Ortodox church. A boy of 15 years (not 13, as first reported by rescuers) was killed and another teenage girl was seriously injured. The secretary of the National Security Council said so, Oleksiy Danilovquoted by the agency Interfax Ukraine. The church’s roof collapsed, Danilov added. According to other sources, the church is located very close to a military structure.

Kuleba: “Thanks to Germany for opening an embargo on oil”

The Ukrainian Foreign Minister Dmytro Kuleba thanks Germany for declaring itself in favor of a European embargo on Russian oil. “I spoke to my German counterpart, Annalena Baerbock, and thanked her,” wrote Kuleba on Twitter. “I also stressed that recognizing Kiev candidate status for the EU is in the best interest of Ukraine, Germany and Europe,” she adds.

Spoke with my German counterpart @ABaerbock and thanked her for the decision to back an oil embargo on Russia. Germany plays a crucial role in preparing this move. I also stressed that granting Ukraine EU candidate status serves the best interest of Ukraine, Germany, and Europe.

Scholz: “I’m not going to Kiev, they can’t refuse Steinmeier”

German Chancellor Olaf Scholz explained of have no plans a trip to Ukraine due to the recent refusal by the government of Kiev to a visit by the German president Frank-Walter Steinmeier. “This fact got in the way,” Scholz told German TV Zdf. “As democrats, we cannot have doubts about this: you cannot do it,” said Scholz, effectively addressing the Ukrainian government. Scholz stressed that one cannot say “the president cannot come” to a country, Germany, which provides “so much military assistance, so much financial assistance, and is needed when it comes to the security guarantees that are important to the future of Ukraine “.

Scholz: “At the G20 with Putin? We will decide when the time comes “

“We will decide when the time comes, it would not be wise to do otherwise “. Thus the German Chancellor Olaf Scholz he avoided giving a direct answer when, during an interview with German public television Zdf, he was asked if he would be willing to sit down with Vladimir Putin at the G20 summit that will take place next November in Indonesia. The Indonesian presidency announced last week that it had invited the Russian president and received his willingness to participate.

Beyond 320 Ukrainian citizens have so far returned to the country through nine exchanges of prisoners and hostages. The Ukrainian ministry for the reintegration of temporarily occupied territories communicated on its Telegram channel: “Nine exchanges of prisoners and hostages took place by order of the President of Ukraine Volodymyr Zelensky. As a result, more than 320 citizens have already returned home, including 59 civilians, ”the ministry said. Among those released are also many women, including one pregnant. The Ukrainian government does not abandon anyone who is a prisoner and does “everything possible and impossible” to free him, said Deputy Prime Minister Iryna Vereshchuk. In total, over a thousand Ukrainian civilians, including over five hundred women, are detained in Russia.

USA: “Russians pushed back from areas near Kharkiv”

The Ukrainian military announced that they had recaptured some villages near Kharkiv. The reports Cnn, noting that this potentially makes it more difficult for the Russians to bomb the city with missiles and artillery shells. The news is also confirmed by Pentagon sources, according to which, in the last 24-48 hours, the Ukrainians have rejected the Russians of forty kilometers towards the east of Kharkiv. Ukrainians announced today that they have retaken the villages of Ruska Lozova and Verkhnya Rohanka, respectively north and east of the city: but in the last two weeks they had already recaptured half a dozen villages in the area, approaching Russian supply lines from the border. towards Izium.

The German Foreign Minister, Annalena Baerbockand two opposition deputies have announced upcoming visits to Kiev in solidarity with Ukraine. But there is still no news on possible trips by German government leaders. The President of the Republic, Frank-Walter Steinmeier, never made it known after the Ukrainian government rejected his proposed visit, saying he preferred the arrival of Chancellor Olaf Scholz. For the moment, no member of the German government has gone to Kiev, while the controversy over Germany’s reluctance to supply heavy weapons has not died down. “Yes, I’ll go,” Baerbock told the broadcaster yesterday Ard, without specifying a date. Baerbock explained that he had planned the trip after the revelations of the civilian killings in Bucha, but that at the time he intended to wait for Steinmeier to go.

Missiles on civilian targets in Odessa, “dead and wounded”

A Russian missile was thrown against a ‘”infrastructure“In Odessa, denounced the head of the military administration of the Ukrainian region, Maksym Marchenko, stating that the attack resulted in deaths and injuries. A religious building, an Orthodox church near the airport, was also reported to have been damaged, reports the southern military command. According to Oleksiy Honcharenko, a deputy from the Odessa region, among the dead is a 13-year-old boy and an 18-year-old girl among the injured.

“Fire in Azovstal due to Russian bombing”

New Russian attack on the Azovstal plant in Mariupol, where a fire visible from all over the city. This was announced by the deputy commander of the Azov regiment, Svyatoslav Palamar “Kalyna”, on Telegram. “The Ukrainian defenders of the Azov regiment are alive, but they are being bombed,” he says.

France provided “a hundred millions euro of military aid”To Ukraine for lethal and non-lethal defensive equipment. This was announced byElisha in a statement, specifying that the Paris government “will continue to provide Ukraine with additional military capabilities, in response to the needs expressed by the Ukrainian authorities and in coordination with our European partners and allies to ensure the complementarity of our actions”. Furthermore, France provided “one hundred million euros of humanitarian aid to meet the needs expressed by the Ukrainian authorities and neighboring countries ”. As of April 28, France will welcome “over 51 thousand refugees from Ukraine”. France also sent a technical team of two coroners and fifteen gendarmes from the National Gendarmerie Criminal Research Institute (Ircgn) to Ukraine, experts in crime scenes and victim identification. In addition, Paris provided “three hundred million euros of secured loans by the French State through the French Development Agency in support of the budget “.